Jul 10, 2018 • 17 tweets • 4 min read
The nomination of Judge Brett Kavanaugh to the Supreme Court is alarming & I’m strongly opposed to his confirmation. #ScotusPick
Right off the bat, this nomination couldn’t get any swampier—Kavanaugh is a partisan Republican, who worked for Kenneth Starr during the Clinton impeachment & in the George W. Bush White House.
Our next justice should be a champion for protecting & advancing rights, not rolling them back—but Kavanaugh has a long history of demonstrating hostility toward defending the rights of everyday Americans.
If Kavanaugh is confirmed, we could see progress rolled back on many issues including the right of women to make their own medical decisions, voting rights, rights of workers to organize for better wages & working conditions, the principle of equal justice under the law & more.
We need to get money out of politics & end the corrosive effect that dark money & corporate donations continue to have on our democracy—but Kavanaugh's record suggests he will side with corporations and uphold our existing broken campaign finance laws.
President Trump has been crystal clear about his intent to only nominate justices that support overturning #RoevWade—there’s no question Kavanaugh meets this litmus test.
Kavanaugh has a demonstrated hostility toward provisions of the Affordable Care Act—protections for those with pre-existing conditions, minimum standards for insurance, coverage for routine care like birth control & breast cancer screenings are all on the line.
Kavanaugh has worked to undermine the @CFPB’s power & its efforts to protect consumers from predatory lenders & bad corporate actors.
Kavanaugh has shown a willingness to overturn common sense protections against gun violence, such as assault weapons bans & other measures.
In recent years, a narrowly divided Supreme Court has shown hostility toward labor unions & the right of workers to organize for better wages & working conditions—Kavanaugh’s decisions have favored corporations over workers & he will likely continue this troubling trend.
Kavanaugh has a long track record of working to undermine the @EPA & laws that protect our environment from big polluters.
I'm going to do everything I can to stop Judge Kavanaugh’s nomination—but there are also strong reasons why this president shouldn't be able to nominate, nor should the Senate even debate a nominee at this time.
We can’t underscore enough the fact that @realDonaldTrump is a subject of an ongoing criminal investigation & there's a clear conflict of interest for this president—who has a history of demanding loyalty tests—to name a justice to the court that could be involved.
The Supreme Court could eventually end up issuing a decision on whether a sitting president can pardon himself or be criminally indicted—President Trump should not be able to nominate a justice to that court while his own investigation is ongoing.
Kavanaugh has written extensively on his beliefs that a sitting president shouldn't be subject to criminal investigations or civil lawsuits—this all but assures he would work to shield Trump from any litigation or criminal proceeding related to the special counsel's investigation
We’re also in an critical election year & according to Majority Leader Mitch McConnell’s own rule that Supreme Court nominations should only proceed after elections, the Senate should wait to debate any nominee until after the American people have spoken in November.
There are many reasons why this #SCOTUS nominee shouldn't move forward—now we need to fight & make our voices heard. Call Republican senators & demand they reject this nomination: 202-224-3121. Remember: “The power of the people is always greater than the people in power.”

@SenBooker
Jan 9, 2018
As a new member of the Senate Judiciary Committee – I will make it my mission to stand up to Jeff Sessions & President Trump.

And I won't rest until there is liberty & justice for all. Thread 👇🏽 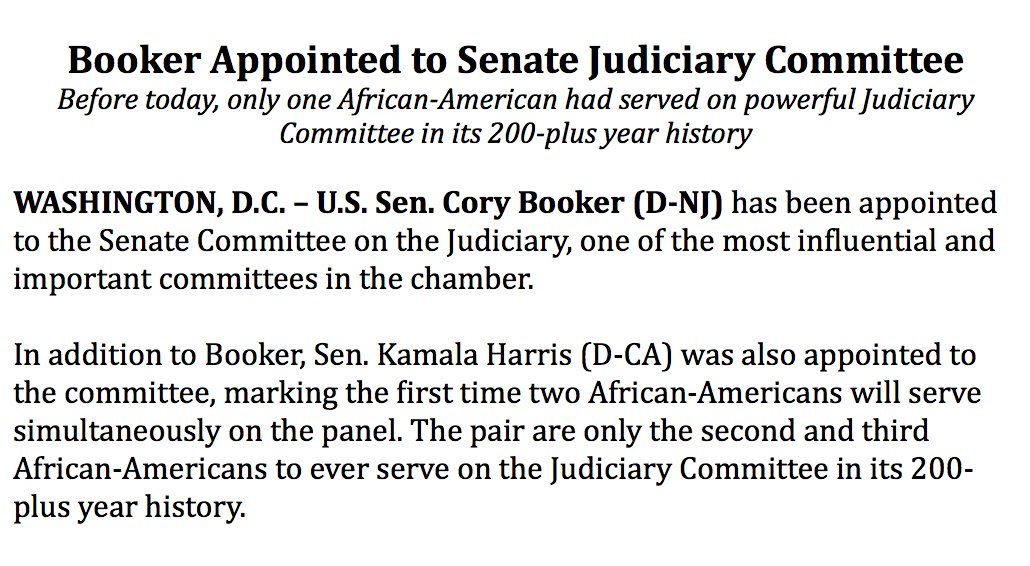 In the words of Martin Luther King Jr. “Injustice anywhere is a threat to justice everywhere.” 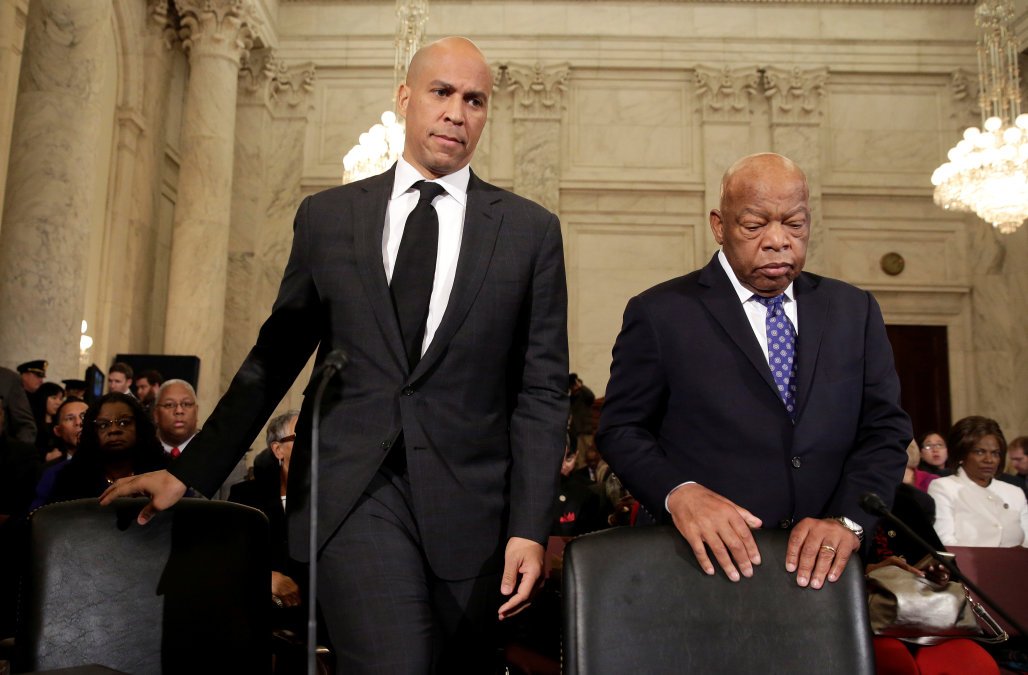