I have acquaintances tweeting stuff their T-shirt’s that read “Make Orwell Fiction Again” as if Trump has spent two years dispatching the black helicopters.
2/ I’m watching friends tweets with reckless abandon their gripes about Putin and Russia and how they colluded with Trump.

We’re two years in and no one. NO ONE has leaked a smoking gun.

Don’t tell me a liberal with the dirt to sink Trump wouldn’t.
3/ some people I know blab on tech podcasts “Russia choosing our president”.

A tech podcast!
4/ they scream about the telcos taking ownership of the internet and holding America hostage.

And yet they cheer as the FB/Google/YouTube/Twitter oligarchs do just that.
5/ these people can’t visualize irony.

They can’t grok the contradictions they sport.
6/ and I laugh so hard because they think the media are leading the charge in brandishing the truth.
7/ they are clueless that the democrats locked up black majority vote which usually votes 90%+ democrats, yet appears to only be polling 70%.

If they expect only 15% to #WalkAway and don’t realize they are losing 30% they’re screwed.
8/ they are clueless that most Trump supporters are everyday people.

Most Trump supporters don’t want to be called a racist on a daily basis.

Most have little interest talking to pollsters.
9/ the pollsters that gave HRC a 99% chance of winning.
10/ they’ve been spanked on this topic before.

And they refuse to learn.
11/ instead they feel it’s their duty to stack the deck thinking it will sway the voting public.

Trump KNOWS how to sway to voting public.
12/ I only know of two people that predicted his victory with high confidence: @ThomasWictor and @BrowningMachine.

A year ago the press had a shot. They could have turned things.

They kept rushing unverified stories out that wouldn’t last 48 hours. The opportunity to steer things has passed.
14/ I can see my amigos that are hell bent on bitching and moaning on a daily basis about Trump…they will be howling after the #RedWave2018, when Trump shoves more of his agenda down their throat, and especially when they wake up and see they’ve lost #Trump2020.
15/ and I love it.

It’s perfectly obvious that Trump is no politician.

He isn’t beholden to the same things as the Clintons and then Bushes.

And i love that. #MAGA
16/ thanks to the jack booted Silicon Valley oligarchs and the “fight political battles everywhere” infestation of SJWs I’m driven to use anonymous twitter. Don’t want to be on someone’s short list of an efficient round and lose my stock options.

So I’ll snicker in silence
FIN/ peace out. 👌

@fairtaxman
Aug 17, 2018
1/ Someone I know just posted this little video on FB from someone a member of “Patriotic Millionaires”.

I watched the video, and scoffed.
2/ It was full of that double speak I’ve learned to suspect thanks to Thomas Sowell.
3/ It launches with a member, showing his total income from 2016 being north of $1MM.
Read 36 tweets

@fairtaxman
Jan 22, 2018
1/ That’s because they deleted then recreated #24. I always tweet the LAST tweet. Looking it up is VERY telling. 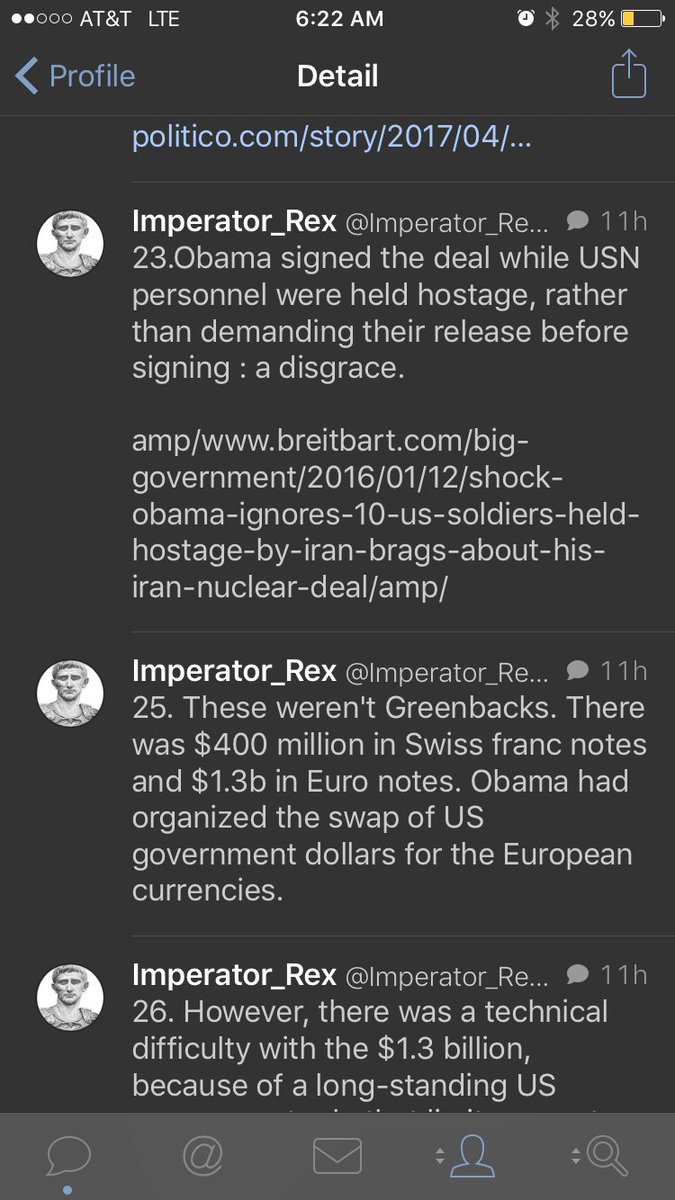 2/ you see, if you had done such an action, it would have stopped at #25. The break could have been complete.

However, they carefully clipped #24 yet allowed 23 to connect on to 25 to distract readers from your content and possibly wreck your credibility.
3/ this type of needle threading shows a precise move only DevOps people have access to.