Sep 7, 2018 • 5 tweets • 2 min read
Based on what I heard — and didn't hear — from Judge #Kavanaugh at his hearings, and having reviewed his writings and record as a judge, I believe any reasonable person would have cause to be concerned, even fearful, of his confirmation to the Supreme Court.

I will vote no.
My decision is based on:

1) his judicial track record
2) his equivocation on whether presidents should be investigated while in office, even though he investigated President Bill Clinton for Independent Counsel Ken Starr, and
3) what little we have seen of his White House record
Further, this whole process has been outrageous.

My request to meet with Judge #Kavanaugh before the hearings began was denied by the White House. I joined @JudiciaryDems in requesting a modest postponement so I had adequate time to review his full record – that was also denied.
The 42,000-page document dump the night before the hearings began was an especially egregious display of contempt for the constitutional process. Even now, much of #Kavanaugh's record has not been provided to the Senate.
This confirmation process is a turning point in American history. I urge all my colleagues to think carefully, before they cast their vote, about the future of our nation. I have. And that is why I must vote no. #WhatsAtStake

@SenatorCardin
Jul 10, 2018
THREAD: 6 months ago today I released the Senate Foreign Relations Committee's #RussiaReport documenting the strategies Vladimir Putin has used to undermine democracy, human rights and the rule of law in Russia and Europe for the past 20 years.

Because to prevent what he did in our 2016 election from happening again, we need to understand Putin's patterns and methods. The Kremlin uses an arsenal of tools to destabilize democracies and sow chaos: cyber attacks, propaganda, coups, corruption, assassinations and more.
Putin has increasingly crossed the line of acceptable behavior – and we need a @POTUS who is resolute on American values, our transatlantic alliances and international norms to stand up to him. #RussiaReport
Read 4 tweets

Today I'm thinking about the five Maryland families who went to bed last night without their loved one. I'm thinking about the good people at @capgaznews who've lost dear friends and colleagues. My heart hurts for them. Yesterday's shooting in Annapolis was a gut punch.
I want to thank Anne Arundel County Police and all the first responders who rushed headlong into danger to save others' lives yesterday. This tragedy could have been even worse without their quick action. And I'm grateful to @ATFHQ and @FBI for assisting officers at the scene.
But today, I am also thinking about how condolences are inadequate. It is a tragedy that this cycle of #GunViolence continues to play itself out, over and over again, while lawmakers offer thoughts and prayers instead of action. This cycle must end, and it must end with us.
Read 4 tweets

@SenatorCardin
May 28, 2018
Across our proud nation this #MemorialDay2018 , we remember the men and women of our Armed Forces who made the greatest sacrifice imaginable. Whether on the battlefield of Antietam, the beaches of Normandy or in the mountains of Afghanistan, we pay honor to their immense courage.
I remember the sacrifices of my fellow citizens from MD like those of Specialist Tocarra Green during this time. She was the 1st woman from MD to die in the Iraq War. I remember Sergeant Erick M. Houck, a Baltimore native like me, who died in Afghanistan just last year.
They and those like them deserve every honor we can bestow. As we consider the cost of our freedom, let us also remember the families of our fallen, our Gold Star families. We recognize the tremendous loss to these great American families and admire their patriotism.
Read 5 tweets

@SenatorCardin
Jan 10, 2018
Today I'm releasing a #RussiaReport documenting Vladimir Putin's 20-year attack on democratic institutions in his own country and Europe. To protect against what the Kremlin did to the U.S. in 2016, we need to first understand Putin's pattern. foreign.senate.gov/press/ranking/…
Russia's attack on the U.S., while still being fully investigated, was not limited to email hacks or one election. The scale and scope of this threat is real, it is growing, and if left unchecked, it will happen again in 2018 and 2020. #RussiaReport 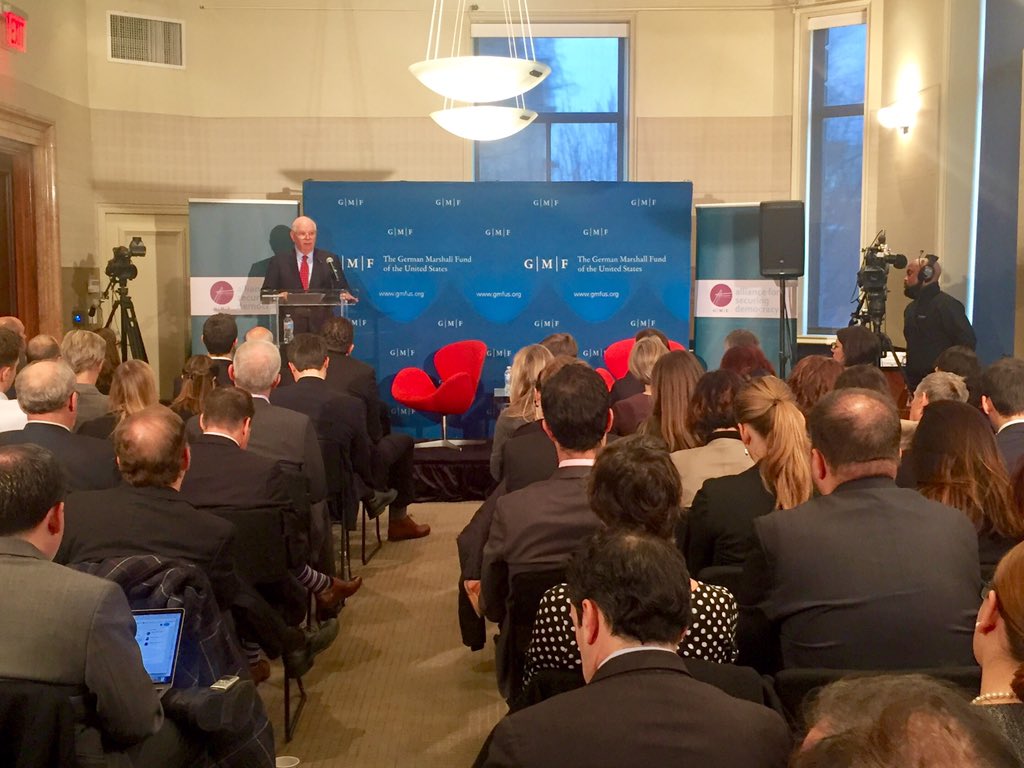