But I am now obliged to do this

Take a look at the Mongol. Then look at the face in the circle, the person whose device clicked the screenshot

A careless mistake of a double handler

One of the handles is carefully maintained. Clean, respectable, sticking to posting rules, civil in words and gentlemanly in conduct.

Recipe for a lot of stress if you are hiding your true thoughts, opinions and agenda

That's where the second handle comes in. And boy is it ugly
The things the first handle cant speak, the fights it can't fight, the venom it can't spew, biases it can't force, the urges it can't fulfil are all left to the second.

I had a altercation which I politely offered to close. But the 2nd & maybe a 3rd handle was unleashed at me.
If he thought I was lacking in sources, he could have pointed that out.

But he had to use his handle, for only then could he use this choice of words.

It seems he went through some trouble to try and verify this unspoken piece of information. Again, if he wanted to know, he could have just asked.

But then, I was expecting too much from a person who could speak like this-

I would advise you to stay anonymous and work in doubles or triples.

Have you heard of SC and ST (Prevention of Atrocities) Act, 1989 ? Not good for you.

The double of the RW ardhadeva is overtly racist and spews septic nonsense against North easterners.

If he really believes we don't share history & blood struggles with them, he is is an ignorant, racist crackpot

You can refer to the above thread to see how he regards and estimates women.

You wont stomach the contempt he has for Dalit women.

They are too filthy for me to pollute my TL with, so I restrict to this one tweet.

This man hates everything that is not Brahmin, fair and Sanskritic.

Most of us are none of those. He TRULY looks down upon most of us

And an unexpected lady came to vouch for him!

I have always avoided inflammatory posts.

But this guy is against EVERYTHING I stand for. He stokes EVERY single fault line in Indian society.

A guy who authors many #Metoo stories!
That is the only reason I went this far. Because I sensed a dangerous, regressive, fundamentalist agenda.

I for one am convinced he is a double handle

Those still skeptical, be cautious at least.
Ending it.
Will not be continued.
Swasthi!

@JoeAgneya
Sep 28, 2018
There were two great observatories in ancient India

But not one brick remains..

The Avanti observatory was the single most important institution in the history of science.

Everything from the first trigonometric tables to heliocentric periods to principles of latitude & longitude determination came from here.

Only Maharaja Jai Singh II remembered. He rebuilt a small observatory in 1725

@JoeAgneya
May 27, 2018
Bright minds of Harvard & @maxplanckpress finally admit that Indo-Europeans(colloquial 'Aryans') came from south of Caucasus mountains- Not central Asia, but 𝘮𝘢𝘺𝘣𝘦 around Iran
Where exactly though?
One day, when ALL the data is out- From South Asia!
biorxiv.org/content/early/…
The study used 45 ancient samples spread across 3000 years to detect population movements. They found that there was movement from the Caucasus into the steppes around the 4th mBCE. These people carried the same ancestry found in neolithic Iran- 𝐚𝐧𝐝 modern Indian populations.

"All Corded Ware samples, except one, belong to a clade within hg R1a-M417 & appear to coalesce shortly before sample deposition"
nature.com/articles/s4146…
Read 5 tweets

@JoeAgneya
Feb 24, 2018
I am extremely disappointed that that this usually reasonable handle posts such shallow, ridiculously wrong and outdated opinions such as "No horse in Harappa-so Harappa is not Vedic''.
Is it just reactionary to the recent rakhigarhi paper which portends significant changes?

Those who continue in the Muellerian fashion to ignore EVERY inconvenient evidence need to answer one question- How many horse bones have you found in 1500 BC India when you would agree that India was-at last, finally- Vedic? Surely there must be bones everywhere you dig!
"Absence of evidence does NOT equal evidence of absence"- An archaeologist once advised.
Even then, MORE evidence of horses & also skeletal remains have been found in Indus sites than in post-Harappan era or the 'Vedic 1500 BC'. Let us visit the archaeological site of Surkotada.

@JoeAgneya
Jan 30, 2018
At least reformists should be bold enough to abandon Mullerian dates like '600BC' for Apastamba. He was one of the-
-Fathers of Geometry.'SulbaSutra' or 'rules of chords' is the oldest name for geometry
-1st to work with irrational nos
-1st to state Pythagorean theorem with proof

The sutras, though not devoted to pure mathematics, are the world's 1st treatises on it.They contain the seminal discoveries not just of Geometry, but also of Algebra & maybe even the place value. Their deserved recognition in the history of Math is denied

The Sulba Sutras were so inconvenient for the Mullerian gang trying to undermine Vedic culture and make it secondary to Mesopotamia and Greece, they forced so many arbitrary dates on so many CRITICAL texts. And their successors still get away with such gross incompetence.
Read 61 tweets

@JoeAgneya
Jan 19, 2018
Sir William Jones(1746 –1794)
Because- "Yatha Guru Tatha Shishya !"
Because the only man crankier than Herr Max was his Guru whom he never even met.
Because Jones was the beginning of our continuing doom. 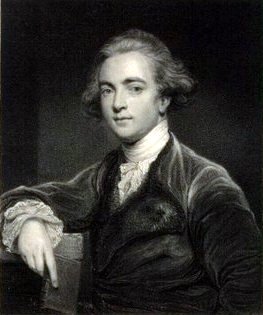 "I will not accept that anything is older than flood of Noah!
Definitely not the Vedas! Never!"
-William Jones.

@JoeAgneya
Jan 14, 2018
A tribute to the people of Andhra Pradesh. 🙏
Do you know the depth of your roots?
You are, it appears, the world's oldest surviving ethno-political identity, the oldest recorded tribe whose name and territory still survives.
Respects! 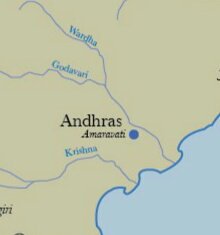 You are mentioned in the Aitareya Brahmana, the oldest of the brahmanas. You were 'Andhras' then. You are still 'Andhras' now. A truly rare and great honor! Just how did you withstand the vagaries of time? It is a topic worthy of anthropological research.
devasurah.blogspot.com/2018/01/andhra…
It is no simple achievement. Look at some of the other close contenders..
'Egypt'- There is nothing Pharaonic about it. It is a Greek name.
Assyrian people of the middle east- I don't see them on a map!
'Kandahar and Sindh'- Named after a king and a river, nothing tribal there..
Read 7 tweets