Delta.com already listing the return flight to JFK as "boarding"
Latest METAR is 33019G30KT, so the wind is picking up but still easily within limits for the immediate time
Here they go! DL302 now taxiing for takeoff before #Irma gets really bad. 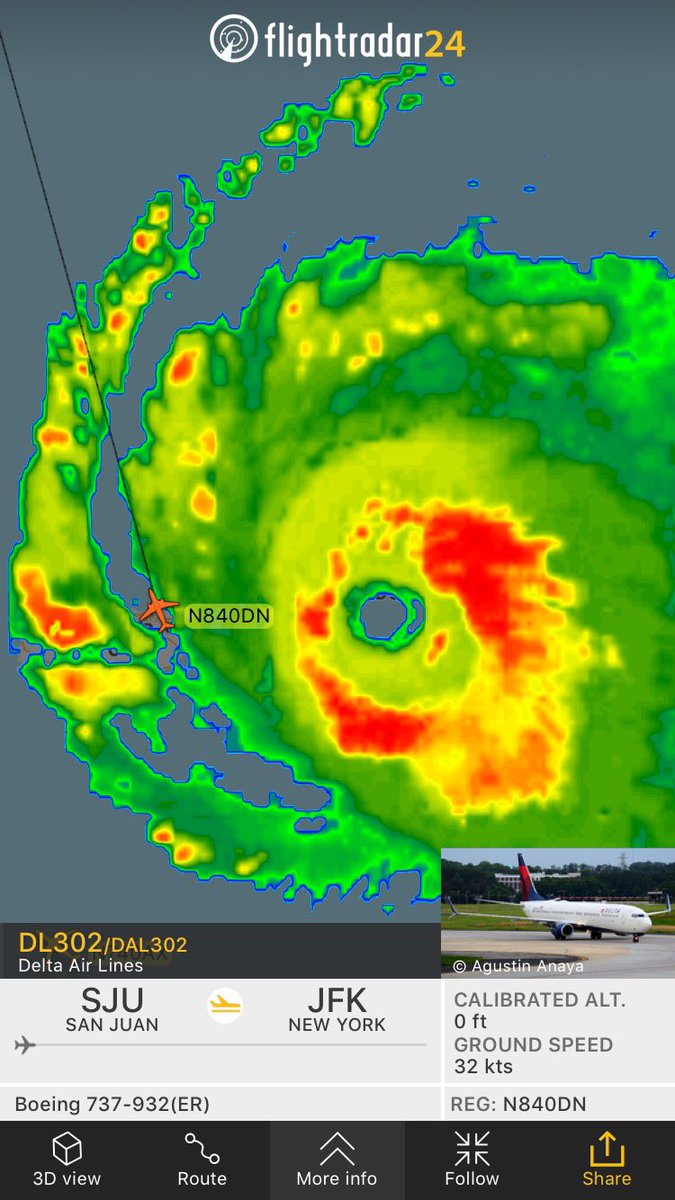 Takeoff! An absolutely amazing job here by @Delta forecasters, dispatchers, flight and ground crews. Full flight back up to JFK. 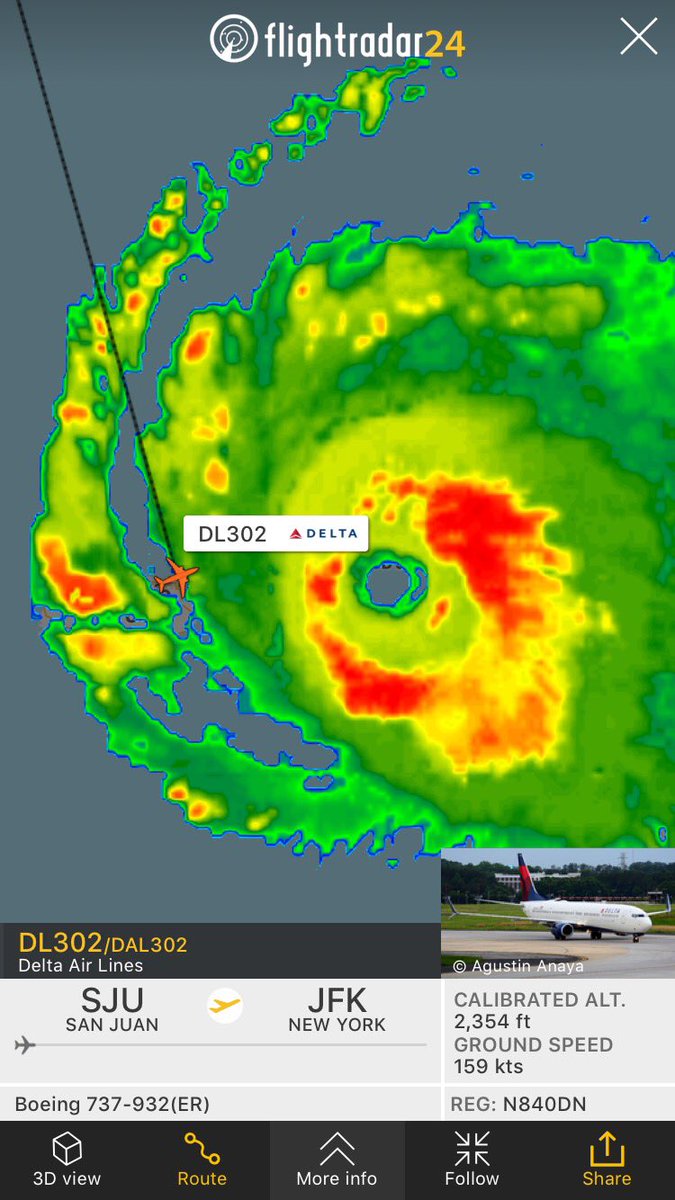 That includes both taxi-in and taxi-out

Basically this, but for a 737
Now DL302 has to climb out of SJU, and they're doing so between the outer band of #Irma and the core of the storn. Amazing stuff. 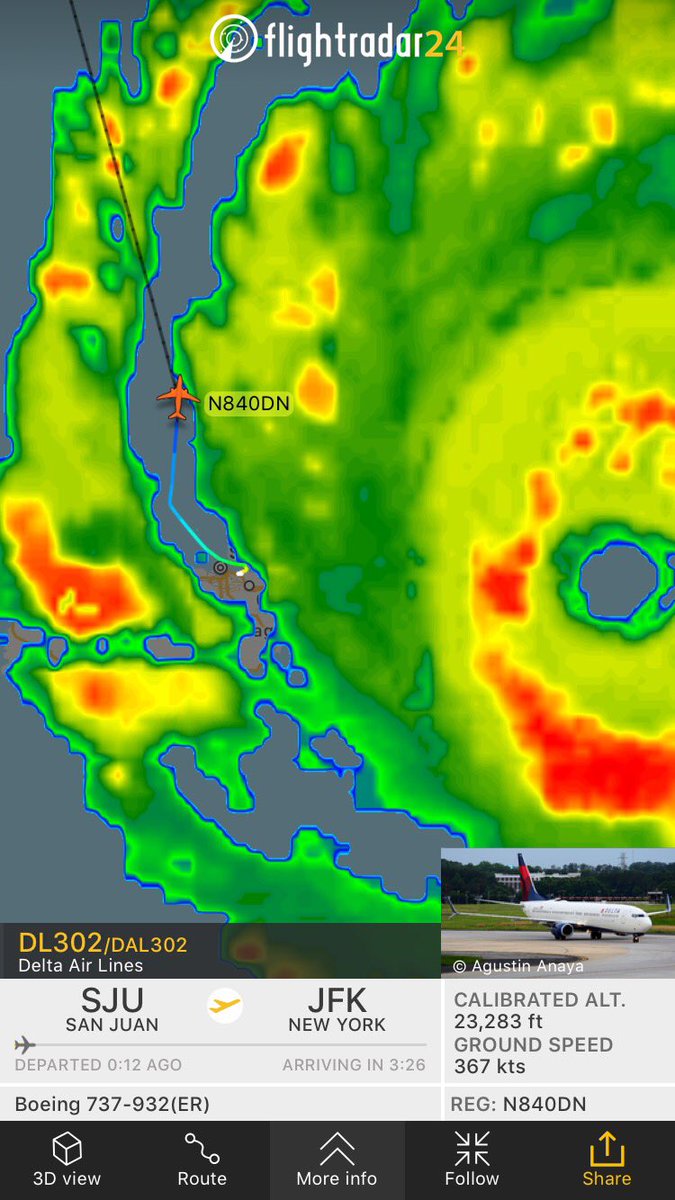 Well, that's the end of that story. DL302 is reaching the edge of #Irma's outer bands. 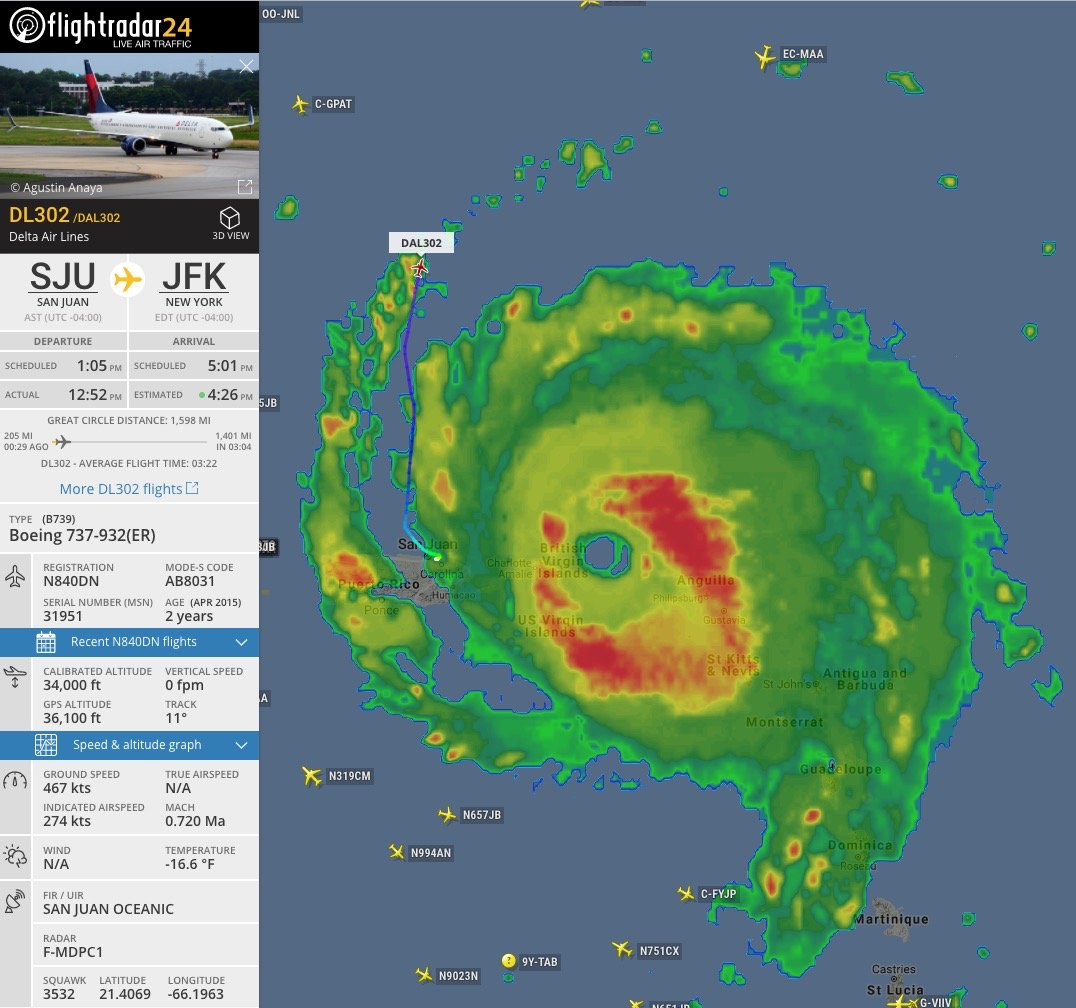 This Delta flight was the last both in and out of SJU.

The air traffic control tower has now been evacuated.