I'm the woman who challenged @SeanSpicer in an Apple Store, earlier this year.

Yup. That was me.👇🏾
medium.com/@Shreedom/such…
I'm fighting American Nazis and creeping American fascism. It'd be great if I didn't have to talk about @SeanSpicer ever-the-fuck-again.
Nazis murdered #HeatherHeyer--and they've been emboldened by Trump.

Instead of condemning increasing acts of violence by white supremacist Nazis, y'all are cleaning up the image of Trump's former mouthpiece.
Hey @Harvard and Hollywood you're normalizing the unrepentant mouthpiece of a white supremacist, sexist and increasingly fascist President.
And because @Harvard & Hollywood is normalizing Sean Spicer they are ALSO complicit in supporting white supremacy, sexism and fascism.
People are risking their lives to fight treason & Nazis and y'all thought @SeanSpicer telling a shitty joke on the #Emmys was a good idea.
The joke is really on us, America.

Hollywood is all..."Haha, fascism is settling in, and we're normalizing it!" 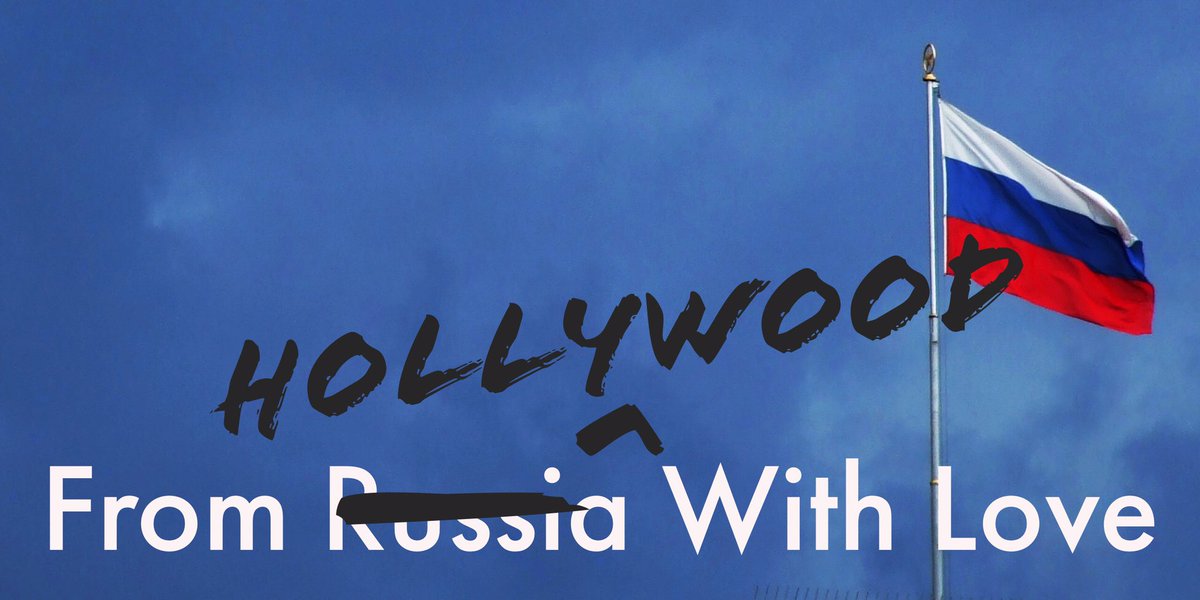 SHAME. ON. THEM.
.@SeanSpicer deserves to disappear into the ether of history, with this one-liner as his legacy. 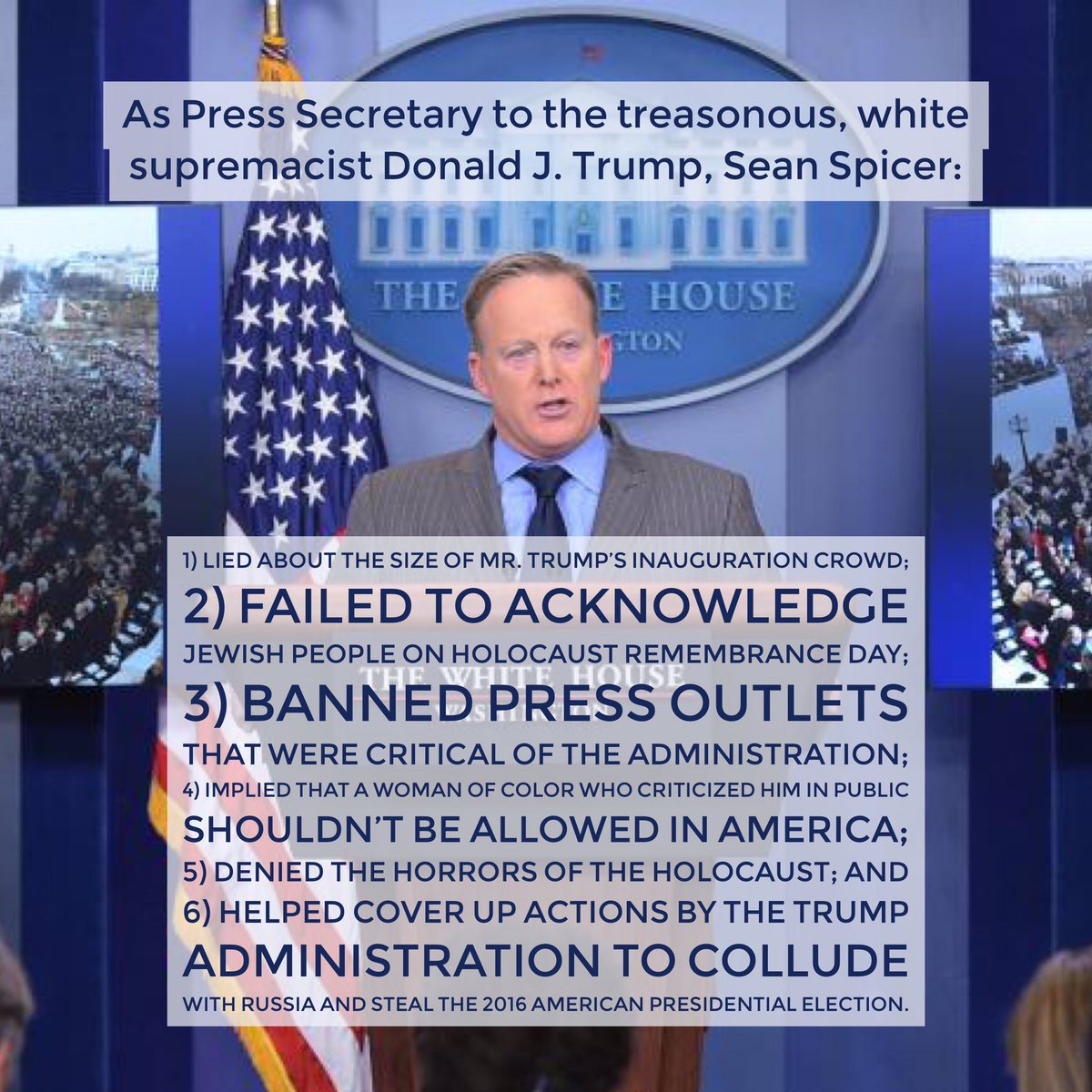 As Press Secretary, @SeanSpicer failed the American people and threw out his moral compass as a Catholic, father & former Army Ranger.
To get more power, @SeanSpicer CHOSE to work for a man who attacked #1A, women, Muslims, Gold Star families, immigrants and on and on...
.@SeanSpicer has never sincerely apologized or repented for his actions as Press Secretary.

But he's making money...thanks to Hollywood!
In fact, @SeanSpicer continues to be a cheerleader for this illegitimate administration... 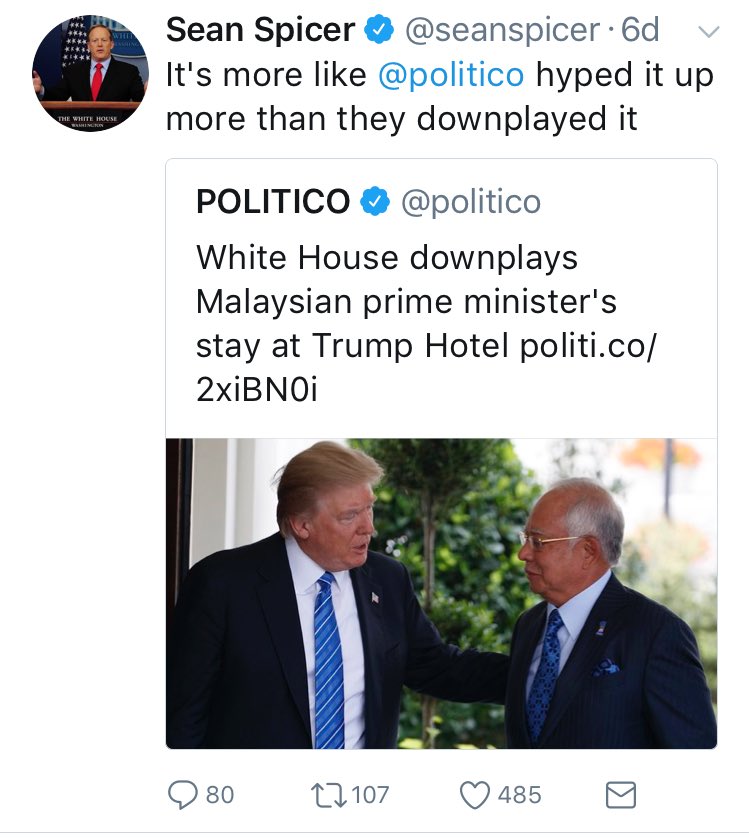 As a reminder, the FBI is calling @SeanSpicer in for questioning regarding his role in #TrumpRussia. washingtonpost.com/politics/spice…
Here's Sean when DJT call w/ Putin--9 days after inauguration.

Sean is complicit in #TrumpRussia. 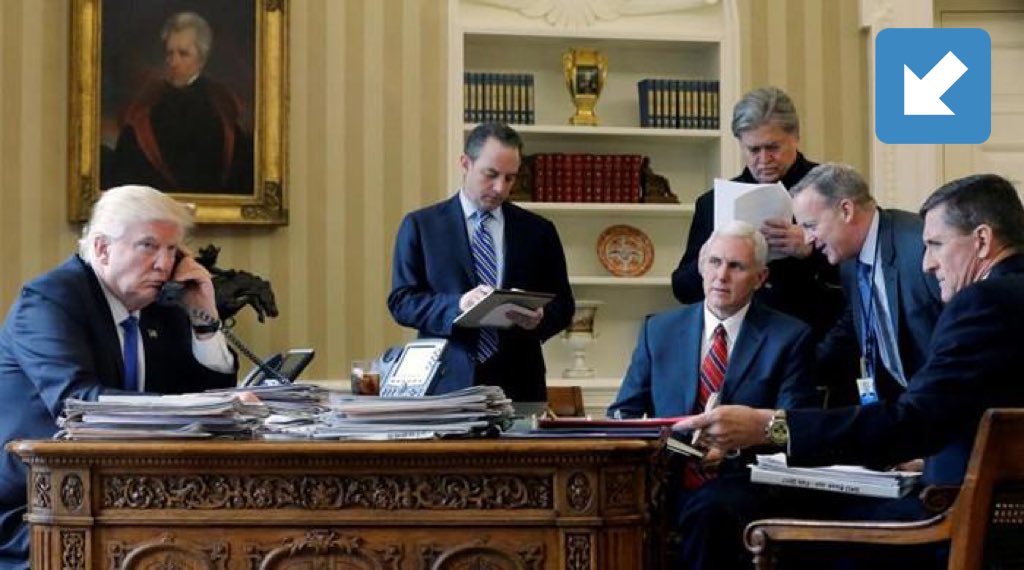 And if you are involved in normalizing @SeanSpicer, you're complicit in normalizing HIS unAmerican actions.
It's sickening to watch Spicer a man who lied to the American people every day--now making money off of his LIES and treachery.

Sickening.
.@Harvard, SHAME ON YOU.

iop.harvard.edu/fellows/sean-s…
.@JimmyKimmel, SHAME ON YOU.

You are complicit in normalizing American fascism.
.@jamescordenbae, SHAME ON YOU. 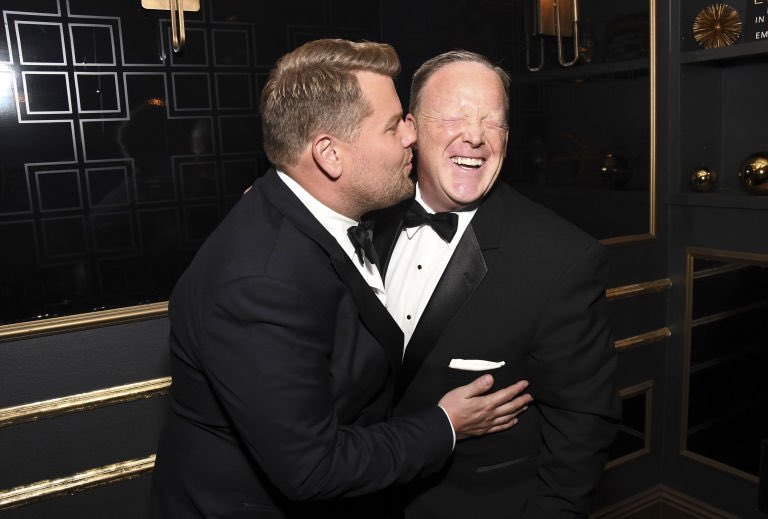 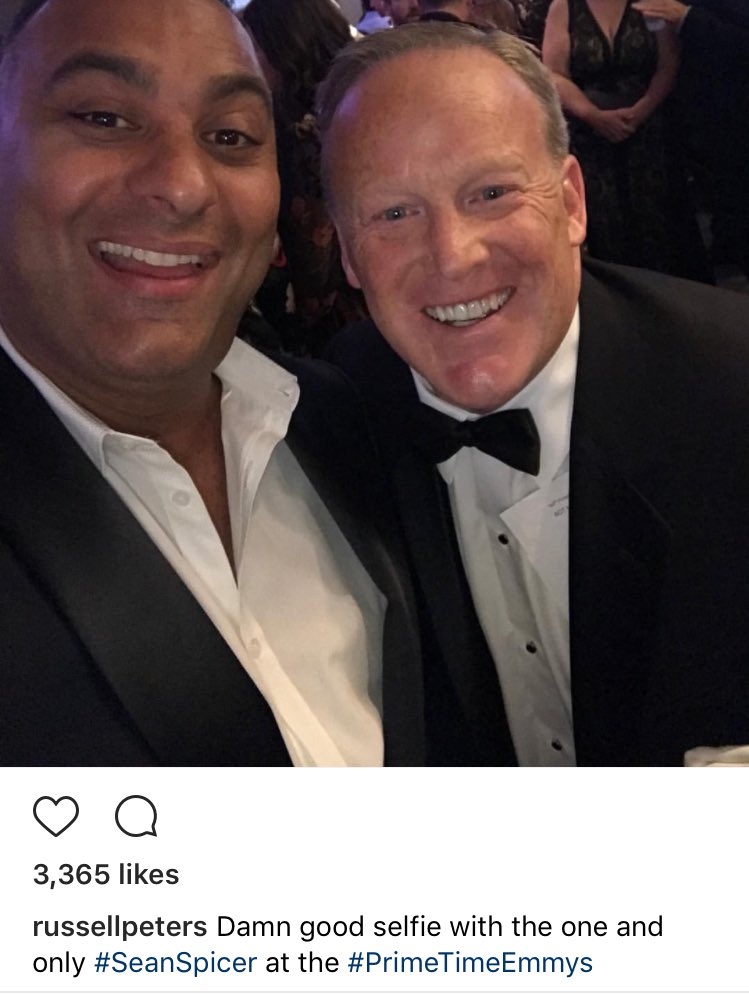 .@StephenAtHome, SHAME ON YOU.

You are complicit in normalizing American fascism.
.@StephenAtHome, you KNOW better.

You could have used your privilege and power, to REFUSE to do a joke with @SeanSpicer but you didn't.
.@deray taught you how to use your privilege for good @StephenAtHome...

YET YOU STILL CHOSE TO JOKE WITH SPICER?!

Plus that #Emmys joke would have been funny, if it had just been @melissamccarthy as Sean Spicer.

Retweet if you agree.
It's also important to name and shame @WWSGconnect.

They're the ones helping Sean Spicer get these gigs that normalize fascism.
.@WWSGconnect represents MANY powerful people including @KenBurns, @RobbyMook, @iamjohnoliver...y'all wanna keep company with @SeanSpicer?
If just a few of the folks on @WWSGconnect's enormous client roll threaten to quit cause of Sean Spicer--He'd be dropped...
We all have power & we all have choices.

It is important we resist in every way we are able--even in the face of consequences to ourselves.
More than anything, we need people with moral courage to speak out against what is happening in our country.

BE. BRAVE.
Resistance has its risks...But creeping American fascism is a GREATER danger to us all.
If y'all thought #Charlottesville was bad--see what happens if we LET Nazis do their thing...

THAT's the creeping fascism we're resisting.
We are all capable of resistance in our own way. Do not deny your own power.

Give no shelter or comfort to fascists and their ilk.
I chose to resist when, I serendipitously ran into the Sean Spicer in an Apple Store.

You can speak truth to power too. It's a choice.
I put myself at risk by challenging Spicer and the Trump administration.

My voice shook--because I knew I was speaking truth to power.
My loved ones begged me to take my Spicer video down because they were worried for my safety.

I refused.
I refused because I knew that the video was bigger than me.

I've put myself and family at risk to resist America's descent into fascism.
And because I refused to back down, my personal information was dug up by trolls and splashed across the Internet...
I received death threats #onhere, and other threats by email and phone.

My family also received threats, including 1 by snail mail.
My Twitter was the subject of a coordinated troll attack by Russia. Nazis joined in on this attack as well.

The President of the United States subtweeted me. He attacked me as he does anybody that criticizes or steals the limelight from him. 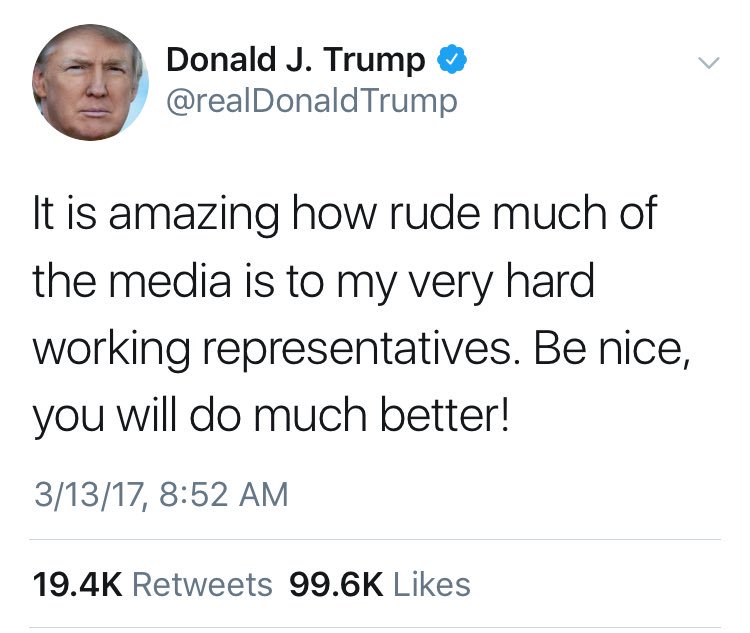 When given the opportunity, @SeanSpicer NEVER apologized for implying that I shouldn't be allowed in America. 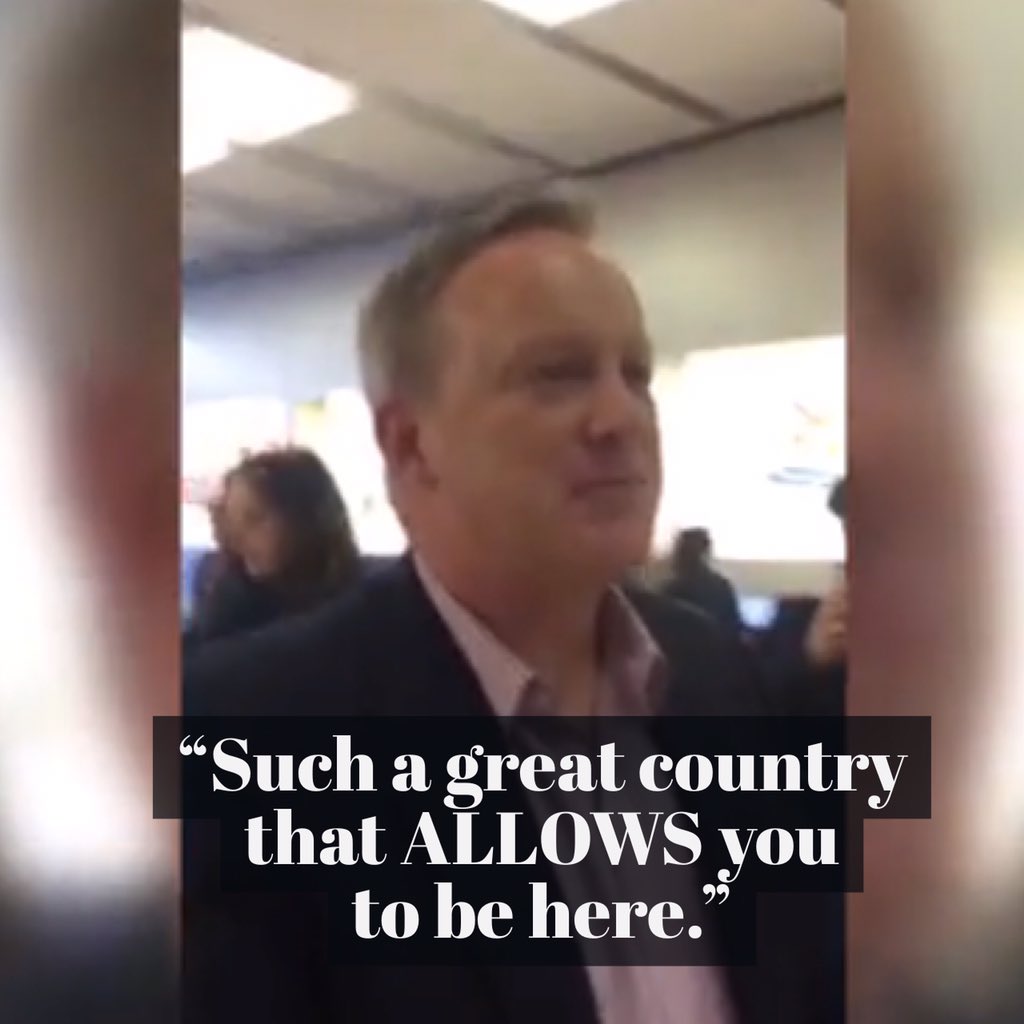 When pressed outside the protection of his podium, Spicer showed his true colors, & made a thinly veiled threat about my citizenship. 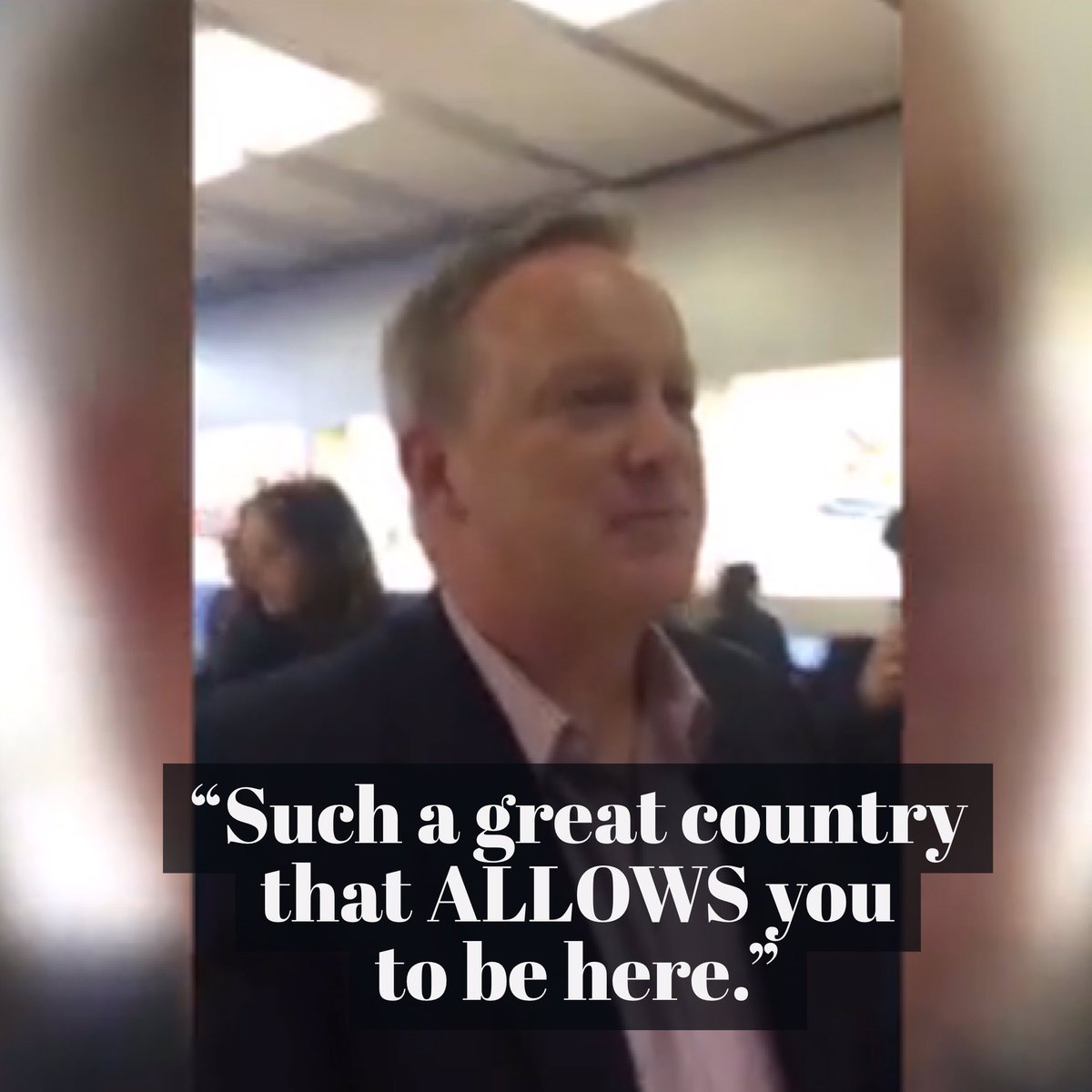 THEN @realDonaldTrump doubled down on Spicer's threat.

Trump was faster at subtweeting me than condemning Nazis in #Charlottesville.
I'm a private citizen, who spoke up.

And the #Emmys normalization of Sean's aberrant actions is unforgivable too.
It is sickening. It is disgusting.

@SeanSpicer should not be making money or getting fame for what he did to America.
The public shouldn't give their dollars or forgiveness to those who support @SeanSpicer or the fascist Trump administration.
✊🏾❤️✊🏾

Love to every single person resisting and working to dismantle systemic oppression.

I vow to continue fighting with you. ✊🏾
#CaptalismIs when working for a white supremacist fascist pays more than fighting Nazis, fascists and systems of oppression.
Think that's wrong? You can support me as I fight against American Nazis and fascism.

cash.me/$hreeC
And if you enjoyed reading this thread, sign up for an exclusive invite to the Shreedom @Patreon!

bit.ly/ShreedomPatreo…
I'm so grateful for ALL the support you have given me #onhere.

I write and I fight for y'all.

@shreec
Dec 2, 2017
THREAD: Everything I can pull from the just-released 479-page #GOPTaxScam Amendment that that Senators will vote on shortly.

Pages 70-74: Shout out to evangelicals! This is a tax cut for educating your kids in a Christian madrasa!

(Just kidding, it’s scratched out so, it may or may not count. Ask your friendly @GOP corporate lobbyist whether it counts. 💁🏾

Pages 2-4: What appear to be our new tax brackets!

You get taxed too! Fun times.

@shreec
Oct 13, 2017
Know their names. These are ALL the members of Congress who voted against providing aid to Puerto Rico.

ALL part of @GOP.

Hey @justinamash by voting against aid for Puerto Rico you have abandoned Americans as they die.

#PuertoRicoReliefNow
How do you sleep at night @repjimbanks? Does it give you pleasure to not help dying Americans in Puerto Rico?