Mar 14, 2018 • 19 tweets • 11 min read
1/18 We were repeatedly told that Europeans came to India for trade while toning down their marauders' missionary objective in fear of politics. Worse, they were praised by the communist designed education system. We will unwind the true story through #ThiruchendurMurugan

2.A Quiz for you. Which is the world's first and oldest Multi-National Corporate?
3.Dutch East India Company or Verenigde Oost-Indische Compagnie (VOC)(1602), was the first publicly tradable corporation. Started as chartered company 2 trade with India & Indianized Southeast Asian countries & was listed in Stock exchange. They are a pioneer #missionarymafia -3

4. Pure lie has been told to Indians that Dutch (VOC)/English East India Company focused only on trade & they didn’t destroy native culture. In reality, they are deceiving, cunning just like Portuguese. In their plunder, they co-operated opportunistically with other invaders.

5. Dutch Modus operandi: In the name of establishing trading posts, the whole battalion will get into a land, outnumber the locals & drive them out or starve them to death. Then they will build travel lodges and administrative blocks for them. #Indonesia was severely affected

6. Something in Hindu temples, makes these invading #MissionaryMafia mobs couldn’t resist. Is it architecture or philosophy? In Kerala, they have destroyed various temples including a sangam age Shiva Temple in Mathilagam (Home town of Ilango Adigal of Silapathikaram)

7. The Dutch virtually ruled Malabar for over 130 years, & forced the rulers of Malabar to agree on monopolistic contracts with them for pepper and cinnamon. The Kingdom of Cochin was under the complete influence of the Dutch VOC & keep driving their enemy Portuguese away.

8. To make any land, Christian, Dutch called Christians as native people, but call non-Christians as foreigners.Humphrey Prideaux, UK, castigated the East India Company for bringing down God’s curse on it for neglecting to propagate Christianity. He praised VOC, for that!

9. Lets come to the story of #Thiruchendur. Those who don’t know about this place, its dedicated to Lord #Skanda/ #Muruga. #Thirumurugatrupadai, Sangam Tamil eulogises this place. The entrance of this sea shore temple is near sea level, and caves inside to the Sanctum Sanctorum.

10. To the deity, the sea water level outside is higher. There is every likelihood that tidal waves & tsunamis can rush in and fill the cave temple with sea water. But it wont! Bcas of a promise by Sea to the Lord, as seen in 2004 Tsunami*.

11. Followed by Cholas & Padiyans till 15AD. Then Portuguese in alliance with Nayaks of Madurai, ruled this place as later had a weak navel presence. Same time Kayalpattinam was under Dutch. So, in their conquest zeal, Portuguese captured Kayalpatinam from Dutch.

12. The lost army under the direction of Dutch Gov of Ceylon, Joan Maetsuycker, with 436 soldiers went & drove the people out & made it into a formidable fort on 09/02/1649. The temple valuables were freely looted by soldiers. Locals made futile attempts to recover, but in vain.

13. Nayaks mediated with Dutch & asked them to vacate. While vacating, Dutch destroyed the structure by setting the fire and bombarding it. But the resilient temple withstood that. As recorded French Writer M. Rennel, in his book A description, Historical & Geographical, of India

14. They also looted all the panchaloga deities, mistaking for gold. This includes statues of Lord Muruga and Nataraja and few more. Having crossed few nautical miles , they encountered a storm so daunting that the sailors thought that it’s bcas of the wrath of Lord Murugan.

15. Petrified out of their minds, they decide to heave the idol into the ocean. The ominous demeanour of the ocean & skies mysteriously vanished the moment statues touched the waters. the idol sank & rested in the depths of the ocean. Locals complained this loss to the governor.
16. The idol that could be anywhere in the ocean,the local governer, Vadamaliappa pillai was deeply worried. Always miraculous Lord Murugan explained to him in his dream that few miles from the coast, he would find a lemon floating in the waters and garuda will be encircling.

17. Vadamalaiappa Pillai, thanking the God’s grace, has erected a mantapam here these events have been described. Later, some more valuables were recovered from Galle, SL after negotiating with dutch by Madurai Nayaks. This temple is full of miracles…Remember Tsunami 2004?

18. Miracle still continues in the temple... :) Sinners will be punished right then and there. Vetrivel Muruganuku Arohara! This is the place where Goddess Parvathi gave Lord Skanda his famous spear...also called Vel in Tamil...:)

Either they are joking or they are thinking we are fools!
India had a fantastic education system b4 these desert invaders stepped inside our land. Owing to large-scale destruction of libraries & academic institutions by invading armies in the 12 CE, our science was lost forever. But the surviving pvt collections tells us the greatness!
To me, the western science research only the observed and completely ignores the observer. But our Indian system, Vaisesika system (VS), considers mind & consciousness as a starting point. Kaṇāda (of VS) in his sutras enumerates real entities.
Read 16 tweets

Verse 383. Be A Knower Of The Deathless
"When by the twofold Dhamma
a Brahmin’s gone beyond
all the bonds of One-who-Knows
have wholly disappeared."

Verse 385. The Unfettered Person Is A Brahmana
Read 13 tweets

@muthushiv
Feb 24, 2018
1. What’s #Hospice? It’s a recent term coined by #MotherTeresa to serve dying & destitute without any proper medical investigation. Simply put, feed them without any medical aid till they die, even if they recover & serve the society. #StJosephHospice 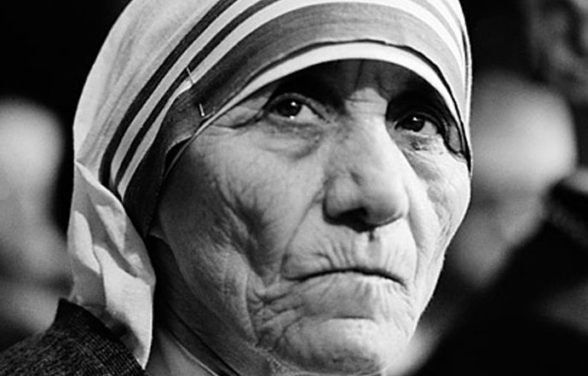 2. #Hospice keeps patients against their will (read #kidnapping). They served us in their youth, worked in the farms to create crops, vegetables etc.. which we might have consumed. In-turn, our shameless society has no regard & leave them to die as destitute? #StJosephHospice 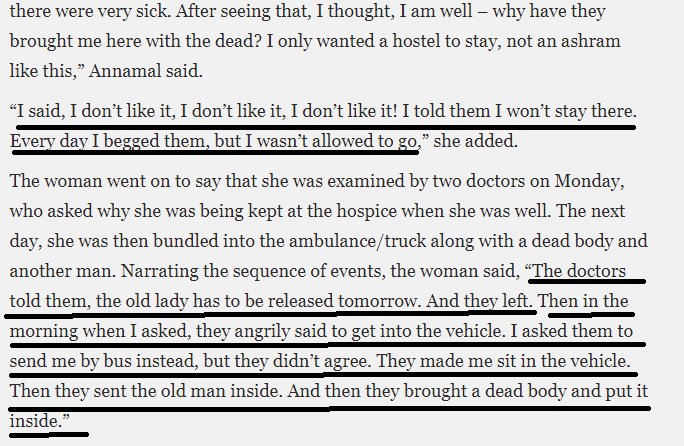 3. Having a #Hospice is understandable in a financially or medically challenged society. TN is lacking neither of that. Why do we need it? Above all, why a foreign church needs to fund & organize these kinds of activities? @PMOIndia and @CMOTamilNadu needs to answer
Read 12 tweets

@muthushiv
Feb 3, 2018
1. Vēḷāṅkaṇṇi is a Christian pilgrimage site—that is what most of us have been led to believe. We may however be surprised to learn about its Śaiva origins. Read more. #MissionaryMafia -2 ‘Kaṇṇi’ in Tamil means ‘she who has beautiful eyes’. @jayasartn @Bharathgyan 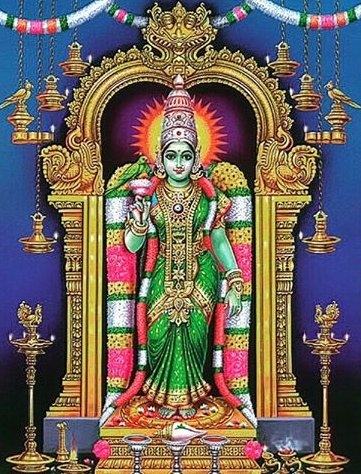 2. ‘Vēḷāṅkaṇṇi’ is etymologically derived from the old name ‘Vēlana-kaṇṇi’—a name by which Ambikā is known in the Dēvāram, owing to her eyes appearing like a spear-head (vēl = spear) eyes, she is also known as vēlaṉa-kaṇṇi. 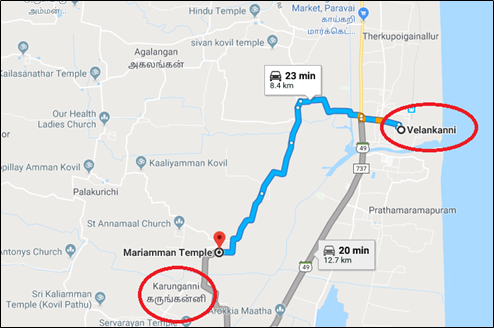 @muthushiv
Dec 14, 2017
1/15 In today's thread I would like to focus on the grand Dravidian deceit on Tamil culture and Civilisation with the agenda to hide the Hindu identity of Tamil Nadu! Its about #Keeladi #Keezadi #Excavations

2. .How many of us do really know that #Keeladi , a recent panchayat, is originally identified as a part of another adjacent village #Kondhagai? This beautiful village has 2 temples. Archaeologists knew about this village and its ancient history for a very long time.