In network science, hubs act like bridges between smaller nodes & help spread information faster. In the case of a network of people with a contagious disease, a person who has contact with many people is a hub which spreads the infection widely. medium.com/@erin_gallaghe…
Hubs in a network make the network stronger. Random smaller nodes in a network can fail (or in this case their accounts can be suspended) and the network will remain intact, still connected by the larger hubs.

I started a rolling twitter thread of what I called #MAGA spammers, many of these accounts are also tweeting #QAnon hashtags (along with other MAGA related trends)

The @AP recently reported on 2 accounts that get mistaken for #bots but are actually people who are members of Twitter rooms. @MAGANinaJo is a 70 year old grandmother who is tweeting 73 tweets per day. medium.com/@erin_gallaghe…

Here's the description of Twitter rooms in the @AP article apnews.com/06efed5ede4d46… Communities of people coordinating their tweets.

If Nina is participating in Twitter rooms with other high-volume accounts and they are retweeting each other’s tweets, then their public tweets will be connected even though the rooms are private.

have to charge my laptop awhile brb

I found a conservative political marketing firm called @AppSame in @MAGANinaJo's network. It's the top account in the influencer index for her account, meaning it's the account w/ highest number of followers mentioning her. AppSame has 370,819 followers & tweets 107 times per day

Looking back through the datasets I previously collected, I found @AppSame in the top of the influencer indexes for #QAnon, #TheStorm and @PradRachael's account. A conservative political marketing firm is connected to all of these networks.

AppSame's website doesn't say much about them. Their recent posts are for essay writing services. I found a phone number & address on LinkedIn. The address is a shopping center in Tampa, FL & the phone is a Google voice number. I called, no answer. medium.com/@erin_gallaghe…

Lots of his Facebook friends also seem to be located in the Philippines. 🤷 No idea if Eric is real or not but of course I was curious what the network surrounding @Appsame looked like.

Here's the user-to-user network of 2,477 tweets mentioning @AppSame from August 8 to August 9, about 12 hours worth of activity. There are high-volume hubs in the large orange cluster. medium.com/@erin_gallaghe…

Those activity patterns were caused by tweets mentioning @CinepolisUSA, a theater in FL that temporarily suspended @DineshDSouza's new movie last night. Several high-volume accounts are tagged in the tweet and it received thousands of likes & retweets. medium.com/@erin_gallaghe…

I don’t know if this was organized brigading of @CinepolisUSA from a Twitter room but networks of high-volume accounts and communities of people coordinating in Twitter rooms *could* be mobilized to target certain accounts or hashtags. medium.com/@erin_gallaghe…
Several reoccuring components in these networks: high-volume hubs, a political marketing firm and Twitter rooms with real people. It would be beneficial to include real people because they would have a real phone number to add to their accounts & overall seem less bot-like.
Twitter posted a blog on June 26 that seems to address these kinds of high-volume accounts. I've been waiting to see if any of the accounts I've been tracking would be suspended but so far... nope. blog.twitter.com/official/en_us…

Ok I think that's probably enough tweets for tonight. Apologies for the monster thread, I tried to be succinct but it's a lot to unpack. Hope it helps!

@3r1nG
Oct 1, 2018
OK my @medium account got "caught in the spam filter" & has been restored so let me try this #thread again. I've been working for several months on a series of blogs explaining trolling & botting tactics used by 4chan during the election. #ContentWarning: medium.com/@erin_gallaghe…
Several months ago @elimisteve from @PursuanceProj found a series of pastebins and sent them to me. 4chan trolls studied learned graphic design software to make memes, memetic warfare and botting to troll the election. medium.com/@erin_gallaghe…
The 1st part is an 8chan thread by someone who claimed to have worked in the marketing & advertising industry. The explain various components of effective graphic design & instructions for /pol/ to “normalize” their message to blend in with the normies. medium.com/@erin_gallaghe…
Read 36 tweets

@3r1nG
Jul 23, 2018
1/ #WalkAway #FakeNews #Thread Michele Stapleton posted these posters (and the stock images they came from) on Facebook and seeing them all together I recognized the style guide.

2/ couple more... I have seen this font on propaganda posters before.

3/ during the 2014 Gaza War we had so many trolls on the @NewsRevo FB page I made a blog about the 2009 Hasbara Handbook (now offline) and included screenshots of the posters that were going around then. Here's the blog in the wayback: web.archive.org/web/2014101705…

"Women interviewed for this report indicated that they and their children face extreme levels of violence on a near-daily basis. They described being raped, assaulted, extorted, and threatened by members of criminal armed groups, including gangs and drug cartels."

"Sixty-two per cent of women reported that they were confronted with dead bodies in their neighborhoods and a number of women mentioned that they and their children saw dead bodies weekly."
Read 4 tweets

@3r1nG
Feb 8, 2018
Just poking around this interesting website... "TweetAttacksPro 4 is designed to run thousands of twitter accounts at the same time 24/7"

It's a full service website. Manage and automate an unlimited number of Twitter accounts and run a campaign right in the dashboard. 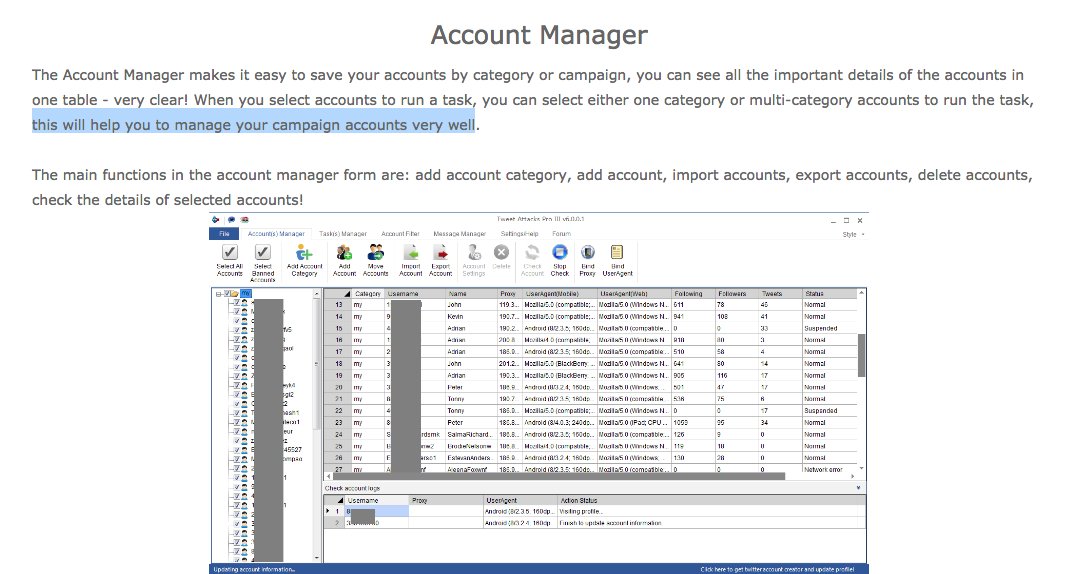 Here is the problem with attributing bots to a certain location or person. Let's say for example you buy 1000 Twitter accounts to run a campaign and you bind them all to a proxy in Canada. Are those Canadian bots? 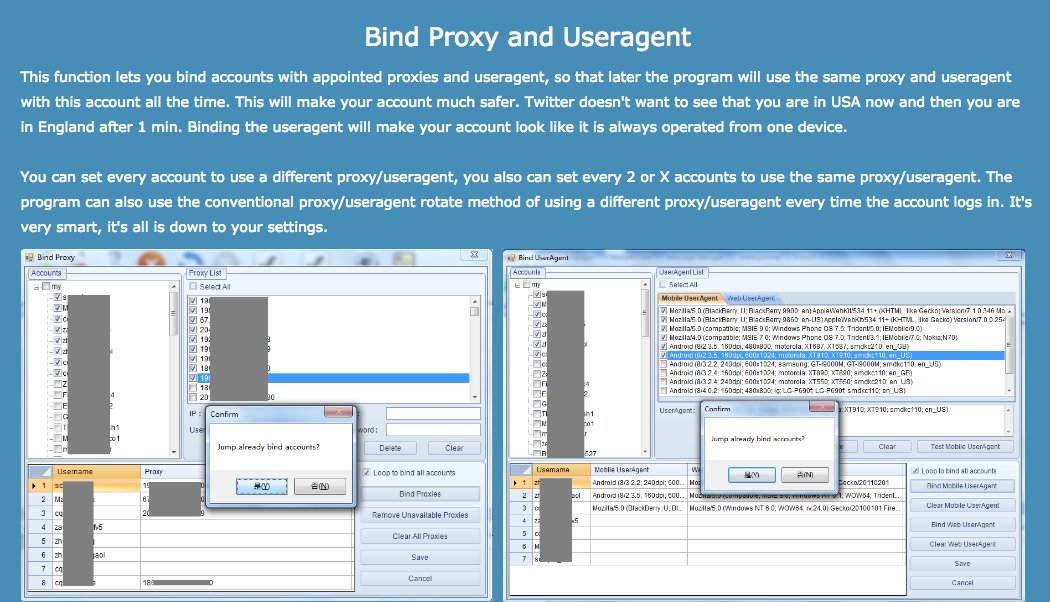