Earlier today, the Ministry of Strategic Affairs released list of 20 orgs recommended to be denied entry into Israel based on their #BDS activities.

Lot of misinformation, so will endeavour to clarify here ⬇⬇⬇ 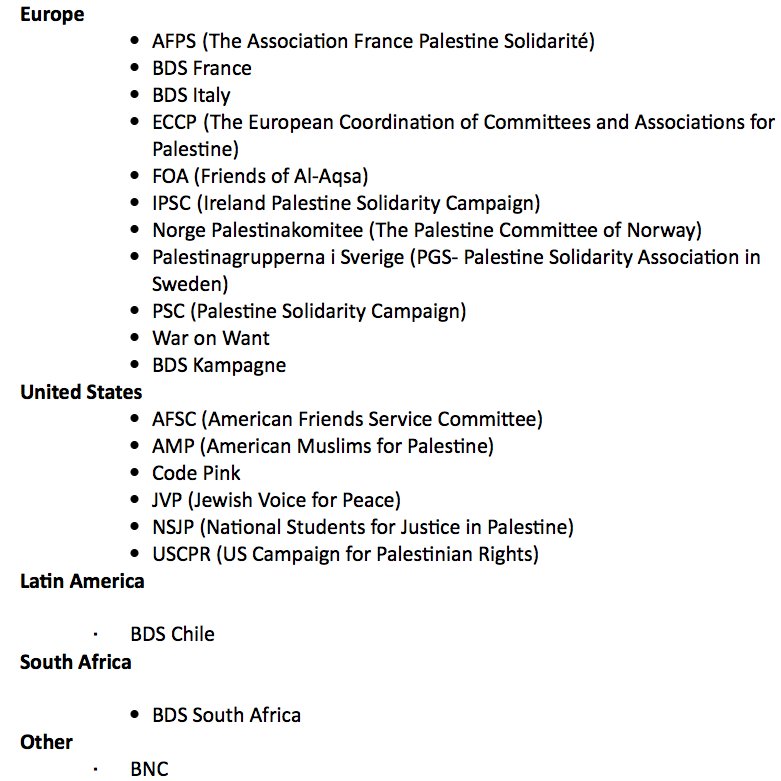 2. First & foremost, *EVERY* nation has right under int'l and domestic law to determine who enters and does not enter its borders. There is no automatic right of entry to non-citizens.
3. In order to be denied entry into Israel, the person must have undertaken serious, ongoing and consistent actions to promote and advance BDS against Israel.
4. The regulation *explicitly excludes* political criticism of Israel as a criterion.

It is noteworthy here, that efforts to promote boycott of Israel go beyond mere 'political consideration', but are an extremist, racist methodology that ultimately seeks destruction of Israel.
5. The regulation is aimed "major players" and "senior leadership" of the BDS movement and not ordinary supporters or sympathizers.
6. A number of organizations on the list, for example @jvplive & @NationalSJP, not only actively promote a boycott of Israel, but also support use of violence and terror.
7. In recent years for example, UK banned entry to notorious extremists Pamela Geller & Robert Spencer, because deemed "not conducive to the public good" and because "would not stand for extremism in any form."
8. More recently, Poland rejected entry to far-right American Neo-Nazi Richard Spenser while 25 other countries in Europe denied him entry based on Schengen provisions, due to his extremist views.
9. In other words, Israel, like every democracy and sovereign nation, is entitled under law to determine to whom it may grant (or deny) entry.
10. It is a bit rich & hypocritical of the organizations noted in the list to complain about being boycotted from a country that they themselves seek to promote a boycott of.
11: This latest action is part of the Israeli government's policy (spearheaded by Minister @giladerdan1 here) to go on offensive against those who seek to delegitimize, boycott & cause harm to the State of Israel.

@Ostrov_A
Apr 21, 2018
My #THREAD coming up on the rather regrettable #NataliePortman saga, why it's so damaging and how it reflects on outlook of American Jewish community.

1. Firstly, no #NataliePortman, Israel was not created because of the Holocaust.

The Jewish people have had 3,000+ year connection & inextricable bond to the Land of Israel, with the modern Zionist movement long pre-detating the Holocaust.
2. And I'm not sure what 'atrocities' #NataliePortman is referring to, but hope is not a reference to Gaza.

I know some of those Hollywood agents can be pretty mean, but they're not quite same as Hamas.
Read 11 tweets