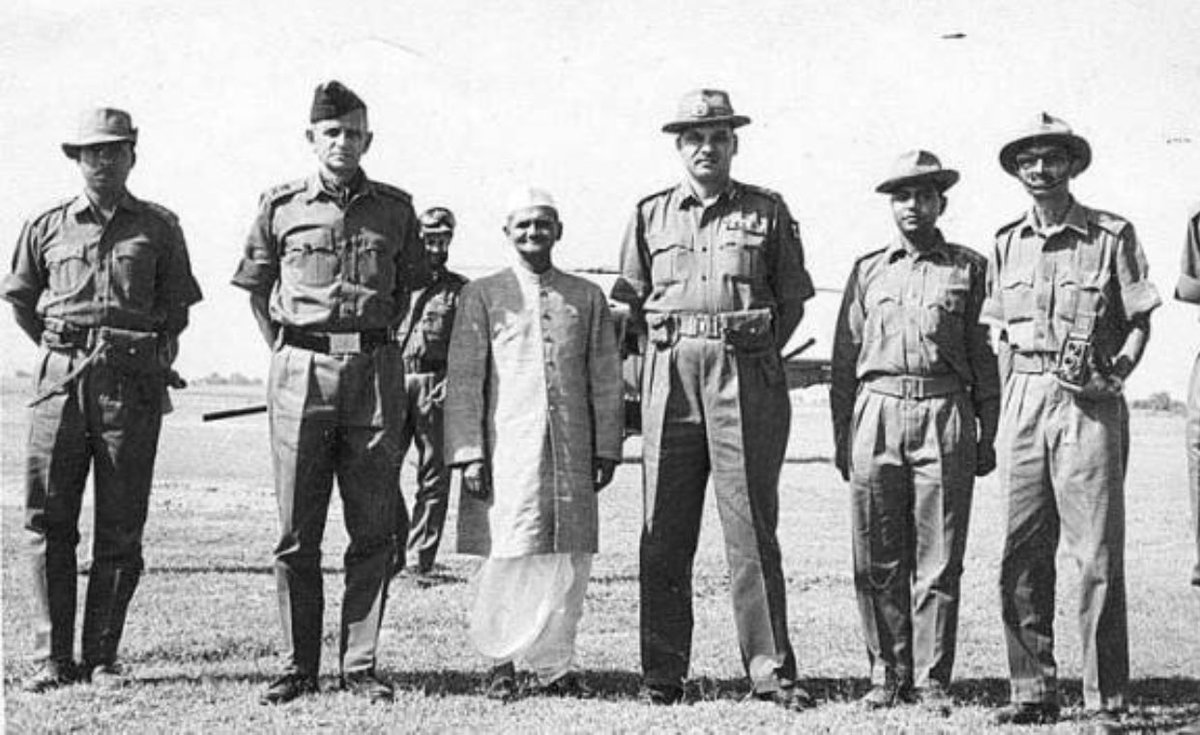 "Force will be met with force"!
#LalBahadurShashtri

“CIA killed both,Shastri & Dr. Homi Bhabha in 1966 Jan”.
-Robert Crowley. CIA-Director of plans, an interview with Gregory Douglas who was asked to publish it Only after his Death!

Could Crowley’s claim be a fabricated one?
*Just two weeks apart,these 2 unnatural deaths occurred outside India!
* #LalBahadurShashtri had defeated US ally🇵🇰,had refused to shut down India's nuclear program!
*His being in the USSR provided CIA an opportunity to poison him? 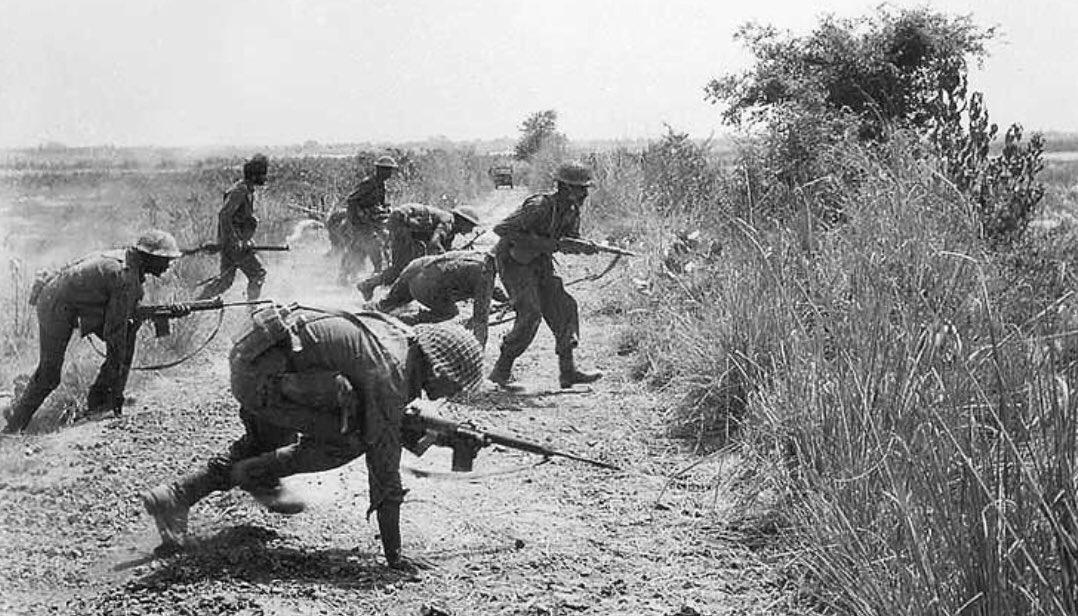 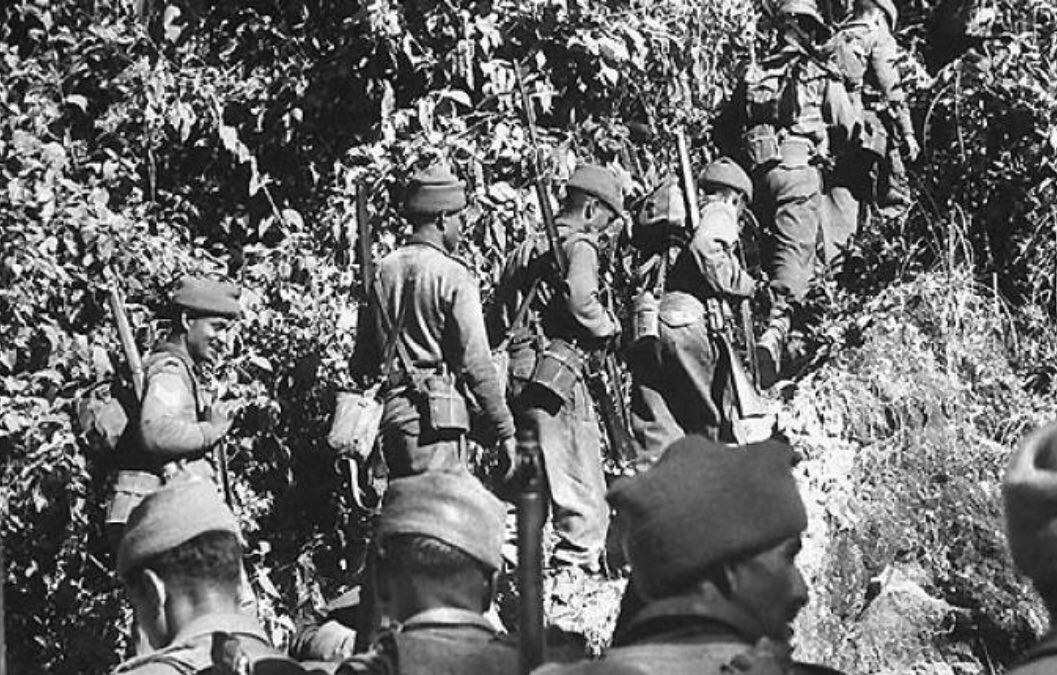 We lost to the Chinese despite a valiant fight put up by our soldiers,
what was Nehru doing to retaliate/ push back invading Chinese hordes?
Why did🇮🇳end up becoming a joke that’s compared with 3rd rate🇵🇰

SardarPatel warned #Nehru that China was in a vulnerable position,committed in Korea & not secure in its hold over mainland. 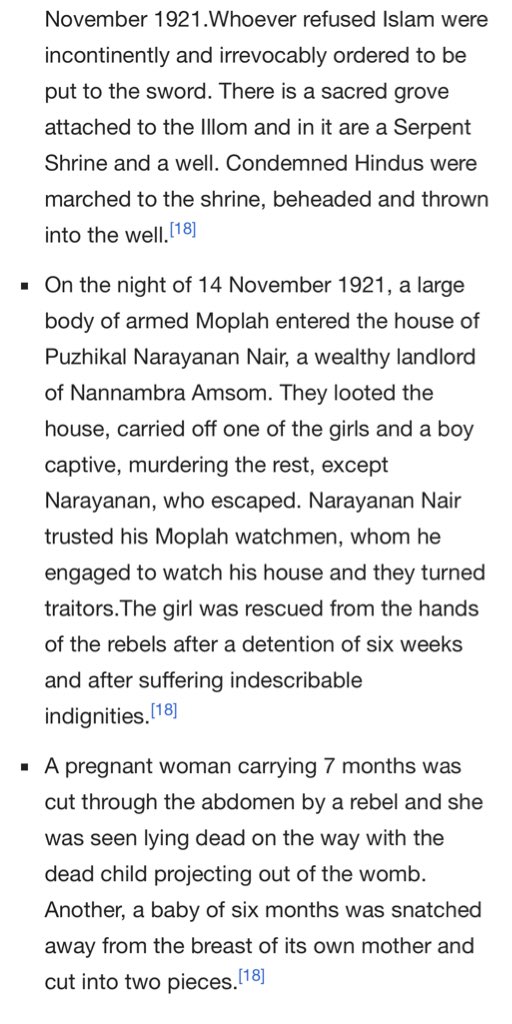 When we celebrate the #IndependanceDay , lets also remind ourselves of the price a common #Indian had to pay for the Freedom we enjoy today!
Neither should the culprits of #1947Divide be forgotten or forgiven for the sufferings of our people!

Perpetrators for hatching the plot of the #1947Divide were,
1, Winston Churchill, to safeguard the strategic interests of the British Empire in🇮🇳& Indian Oceans
2, Betrayal of Muslims
3, #Congress , the Partner-in-crime that allowed it to happen!
#IndependanceDay
Aug 10, 2018 • 10 tweets • 9 min read 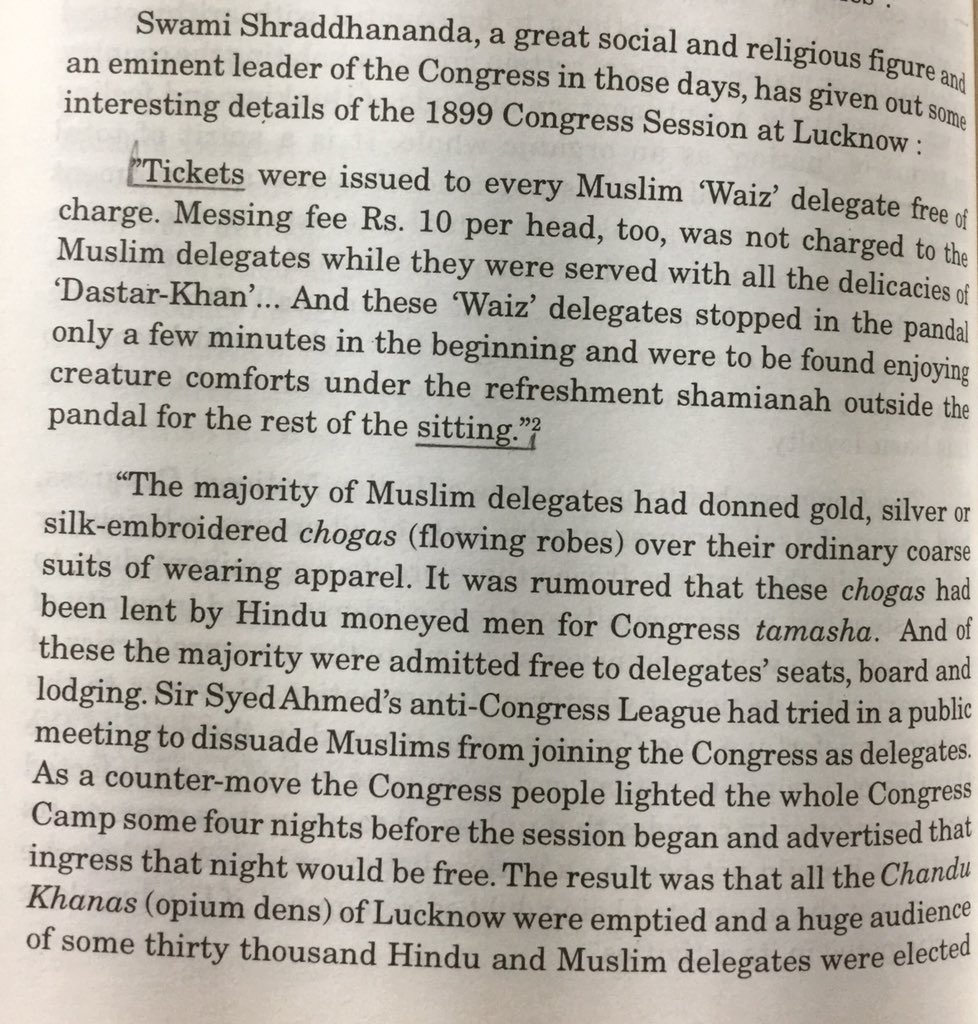 British, through Aligarh movement, Partition of Bengal
Morley Minto Reforms(1909, separate electorate for Muslims, recognising them as a separate section of 🇮🇳 triggering the cancer)
encouragement to Muslim League ensured that Muslims remained on their side.
#MuslimAppeasement

From its very inception #Congress followed #MuslimAppeasement
Met traveling expenses of M delegates to Congress sessions
Lodging-boarding(Mess fee 10/-)was free for Ms dressed in silk embroidered chogas & gold who ate delicacies & enjoyed at the expense of a struggling nation! 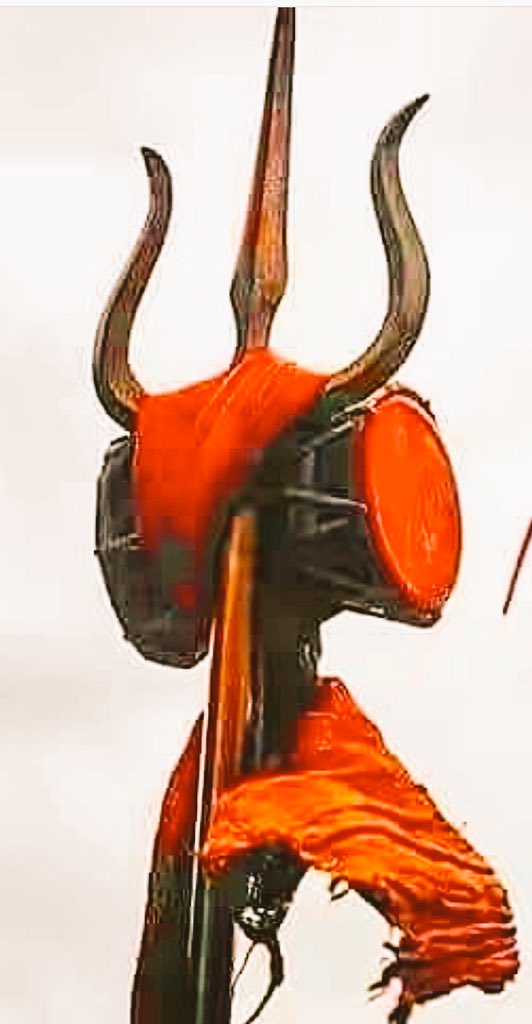 I am a #Hindu A #Sanatani
I am Not Tired,Never Will be! 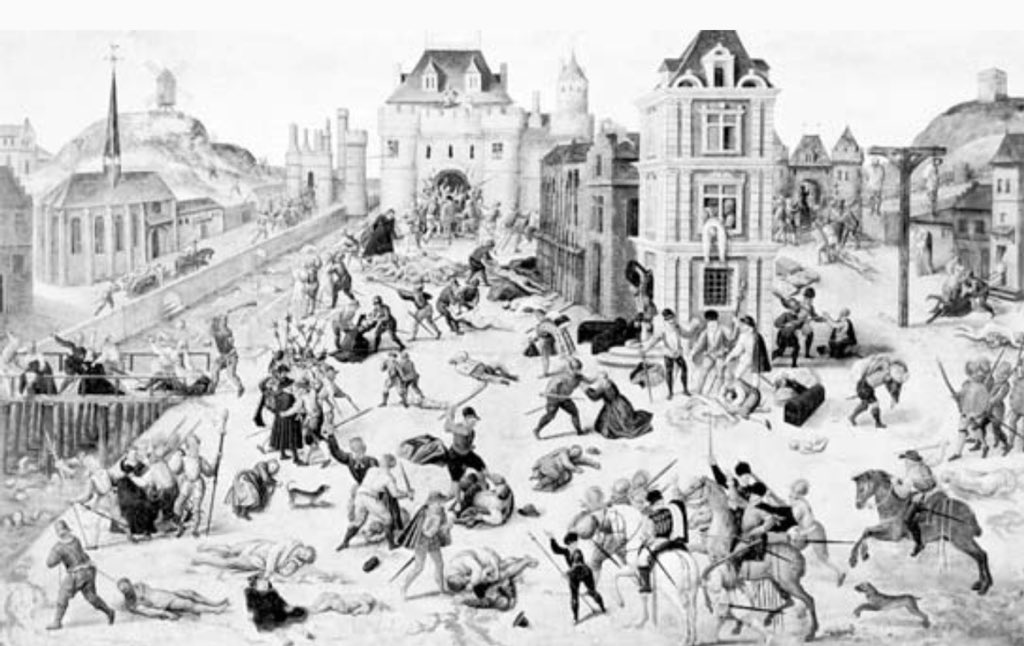 Before the arrival of Islam, there had never been any bloodshed in the name of Dharma in this hallowed land of #SanatanDharma

Do #Hindu know that #Nehru invited trouble by ‘importing’ the alien concept of SECULARISM from Europe?
1👇🏻


2
After the 4th & before the 18th century, the function of the European States was not only to control the worldly life of its subjects, but also to secure salvation in the other🌎, key to which was in Church’s possession! 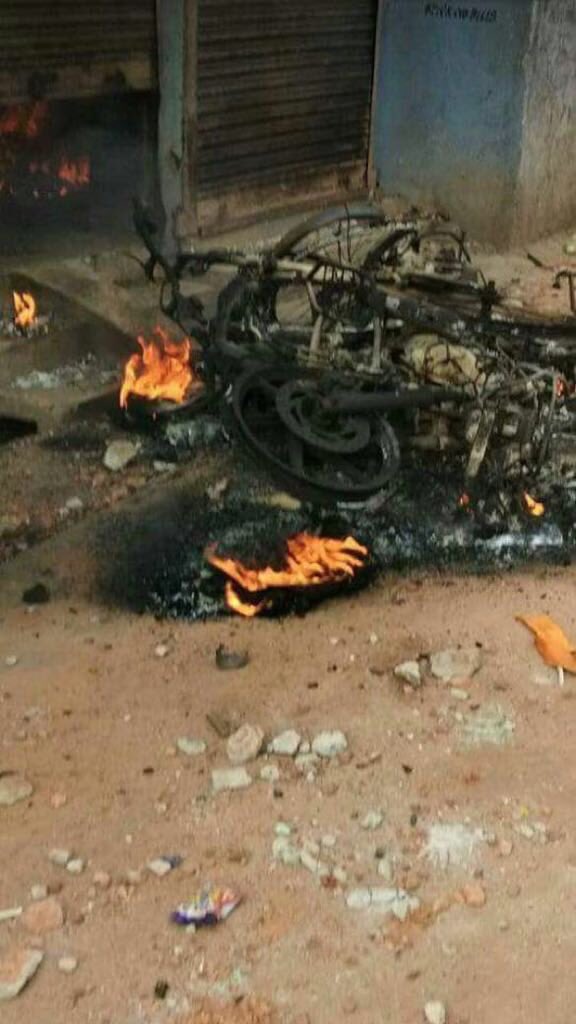 Let me educate you @sardesairajdeep

The National movement set forth by Bankim Chandra, Vivekananda, Sri Aurobindo,
Vande Mataram,mantra of an awakened🇮🇳, was diluted in the hands of Nehru’s leadership!

History-Muslims could dived 🇮🇳 due to being patronized by a faction👇🏻 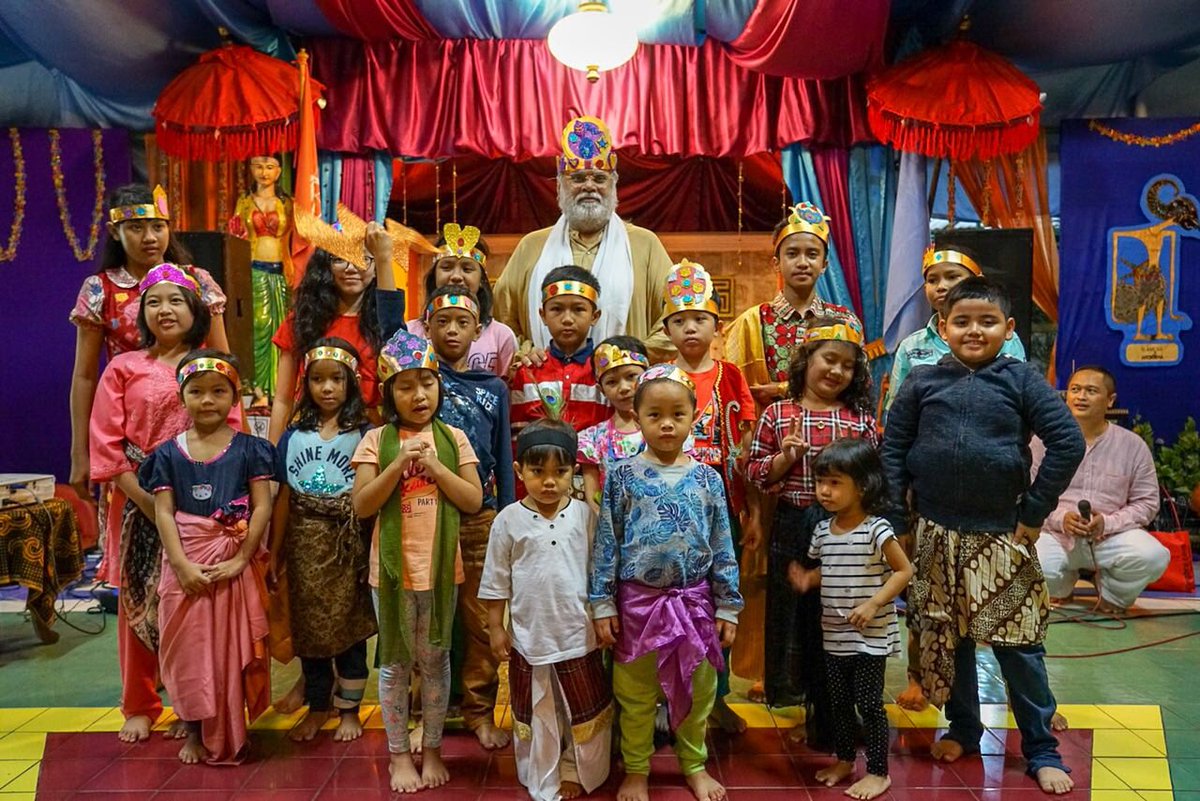 KAMBUJ extended over Cambodia & Vietnam.
#Hindu Temples can b seen in these Countries thus. 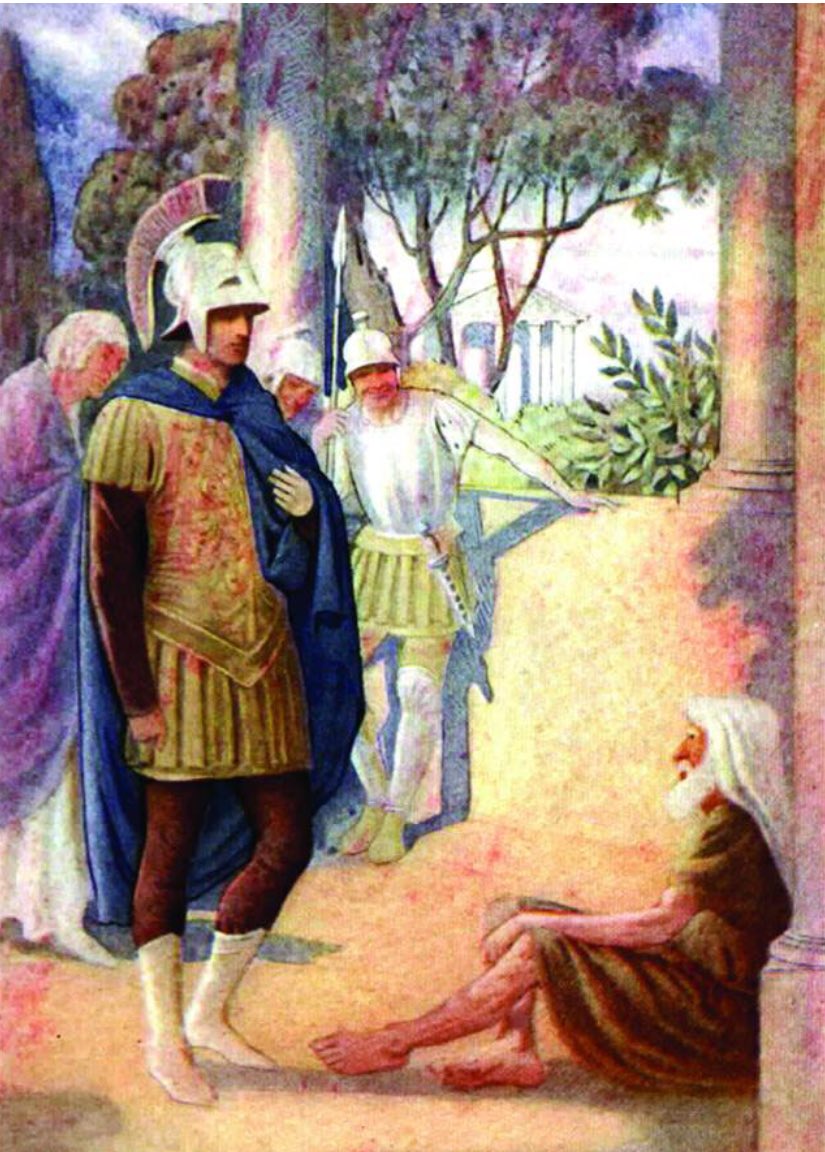 1)
The first contribution of Brahmins to the #Hindu National Pride was this #Brahmin ‘s reply to the 1st known foreign invaders, the Greeks(they called him ‘Dandamis’) on being threatened to be beheaded on his refusal to meet Alexander.
⬇️


2)
“Alexander has’nt yet seen other bank of Vyas
If he successfully faces brave🇮🇳states beyond & yonder still
the powerful empire of Magadh,
yet remain alive,I shall consider.
He may behead me but can’t kill my soul” 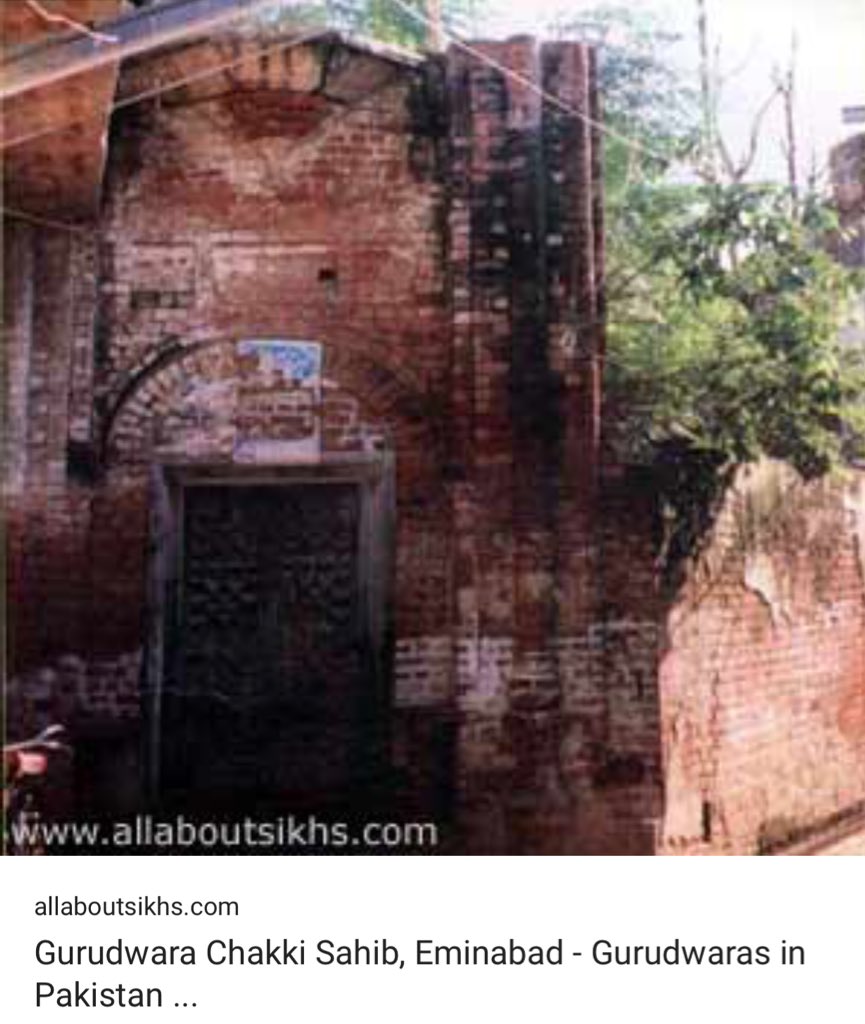 Babur Eminabad(iSadipur)imprisioned Guru Nanak along with other citizens when he invaded.
#GurNanak was made to work on stone grinder(Gurdwara Sri Chakki Sahib🇵🇰)
Babur was informed about the miraculous powers of Guru Nanak causing the grinder to move on its own.

Babar is believed to ask Guru for his blessings in his endeavour to conquer🇮🇳
Nanak replied
“you've come to conquer my land & you have the audacity to ask for my blessings".
Thus began the long history of hostility between Muslim invaders & all the Sikh Gurus.
Mar 11, 2018 • 11 tweets • 8 min read 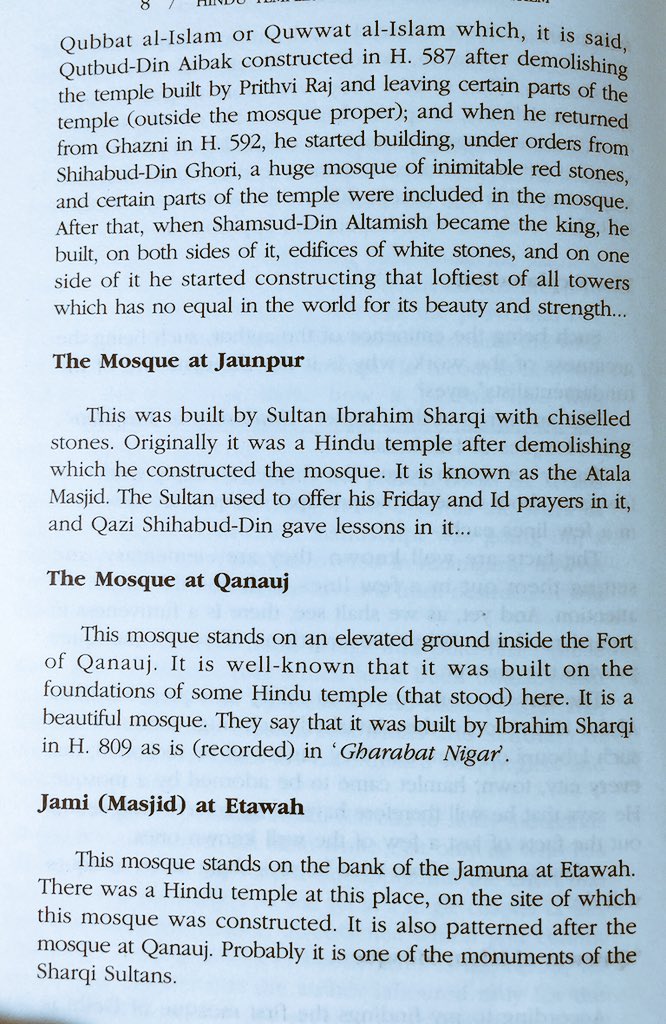 
Laugh at your own ignorance @RifatJawaid @vikramchandra
Study:
histories by medieval Muslim historians,

Nov 15, 2017 • 9 tweets • 3 min read
Generations before my grand father were zamindaars at Rasul Mandi in Pakistan,around where #KingPourva fought Alexander
2 of my uncles,older than my dad,were settled in Delhi around 1940
My 4yr old dad was sent to elder brothers for safety during 1946-47


3
A muslim servant accompanied him on his journey to The Indian side with his son,wife,brothers,children,a total 27 members,till a certain spot from where they had to make it alone..
..only to face the same servant with a mob of muslims,right around the border!!