Discover and read the best of Twitter Threads about #Occupy

Michael Wade
@wadefordelegate
I want to throw out a couple of thoughts I have about the mis-use of the term 'progressive' as a euphemism for 'liberal'. I've addressed this in public talks before but never put them to written media and would like feedback.
During the run up to the Iraq war and later, during #Occupy, I always considered myself a liberal, since that was the derisive term used by Rush, Hannity and others that I fundamentally disagreed with. It was a label I wore with pride.
I'm not sure exactly when "progressive" entered my lexicon - it was probably during the @BernieSanders campaign, and it seemed like every "liberal" politician was using the word to describe their positions.
Read 31 tweets

Real Justice
@RealJusticePAC
Meet @Krasner4DA. Larry Krasner was among the first candidates @RealJusticePAC backed in prosecutor elections in 2017. When Krasner launched his campaign in a crowded field of 7 candidates last year, he was widely considered "completely unelectable" for his unapologetic platform. 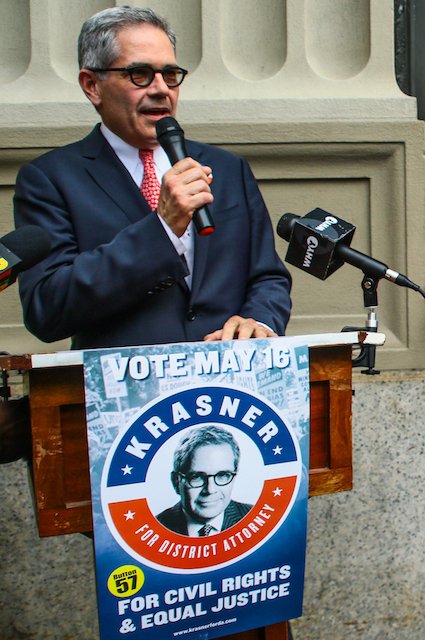 Larry is a lifelong civil rights lawyer and had gained notoriety over the years for defending activists from #BlackLivesMatter, ActUp, and #Occupy. He ran on a platform of ending the death penalty, tackling mass incarceration, treating drug addiction as a disease not a crime.
He promised “transformational change” in the district attorney’s office aimed at reversing “a system that has systemically picked up black and brown people.” @RealJusticePAC raised more direct donations for Larry Krasner than any other endorsing organization.
Read 6 tweets