Discover and read the best of Twitter Threads about #ca49

#ThursdayThoughts
cc: @BlueWaveCS🌊
Not really that stoked about these Senate ratings changed by @CookPolitical:

🔔 ||| вєℓℓє ||| 🔔
@VABlueBelle18
Attention California! Following are your blue candidates for the midterm election and link to reg info. Please check out their campaign pages and donate if able. More importantly volunteer to help get them elected and help to #TakeItBack November 6th!

Tony Stark 2018 💥
@1IronMan2018
#SundayMotivation
What do we have the most control over? Voting, helping others register to vote, getting out the vote, and flipping as many seats as possible in the #Midterms2018

Here are 27 seats Democrats can pick up, followed by candidates. Direct some energy to them. 1/7

Nick Knudsen 🇺🇸
@DemWrite
The GOP's silence about ripping children from their parents is deafening.

Guess who *is* stating a clear moral position on this...Your 2018 Democratic swing district nominees. I've threaded their positions below. Please RT and follow all. #FlipEverything. Save America's soul.

Rachel Murphy Azzara #DemsWork4USA
@RachelAzzara
1. While #California numbers aren’t entirely in, let’s take a dive into Super Tuesday in terms of the strategies we employed at @DemsWork4USA and what the primary results mean for November.
2. We’re extremely proud of the results in #NewMexico and #Iowa where all our endorsed candidates won. We don’t always feature state legislature seats as with IA, but do so when we have strong candidates than will both build the bench and drive momentum at the top of the ticket.
3. In #NewJersey we won all but 1 of our endorsements. We realized that Tanzie Youngblood would not likely take the nomination, but she is well positioned for seeking a state legislative seat in the special election and bringing Jeff Van Drew along to a more progressive appeal.
Read 13 tweets

Taniel
@Taniel
It's Super Tuesday, & my cheat sheet has ballooned to include 33 important elections: docs.google.com/spreadsheets/d…

So here's a quick thread highlighting some (lower-profile) races you should absolutely be paying attention to today!
You know the big ones:
—Will Dems be shut-out in any of the 3 crowded Orange Co districts (#CA39, #CA48, #CA49)?
—Will the GOP be shut out in one/both of California's Senate & Gov race?
What else?
In New Mexico, state Rep. Debbie Rodella is facing a primary challenger in the Democratic primary (Susan Herrera). Rodella has killed progressive legislation, such as automatic voting registration. See: dailykos.com/stories/2018/4…
Read 11 tweets

golden state warrior blond
@goldengateblond
CALIFORNIA: Primaries are Tuesday, June 5. And if you’re in #CA39, #CA48, or #CA49, it's possible no Democrats at all will advance to the general. Let’s talk. (1/6)
To take back the House, we need to flip 23 GOP seats. Eight of the most flippable — districts that voted for Hillary — are right here in California. (2/6)
Here’s the issue: CA has a “top two” primary system, which means the top two vote getters — regardless of party — advance to the general election. (3/6)
Read 6 tweets

J. Miles Coleman
@JMilesColeman
Well guys, tonight on #ElectionTwitter, we're gonna be looking at Orange County. It's California's third most populous county and will be critical for the 2018 midterms. 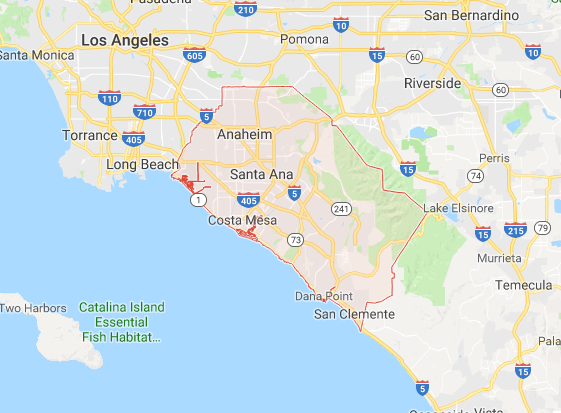 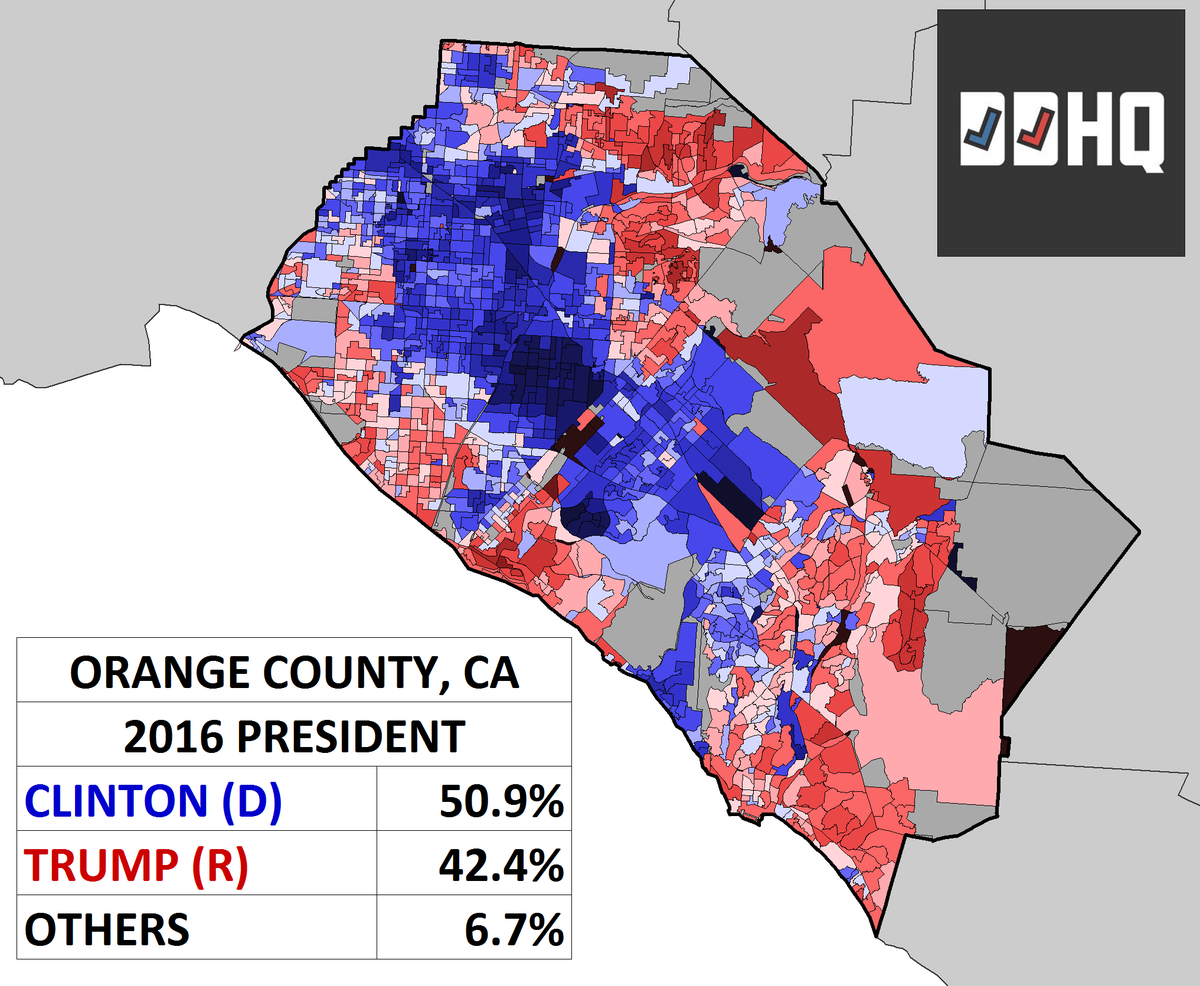 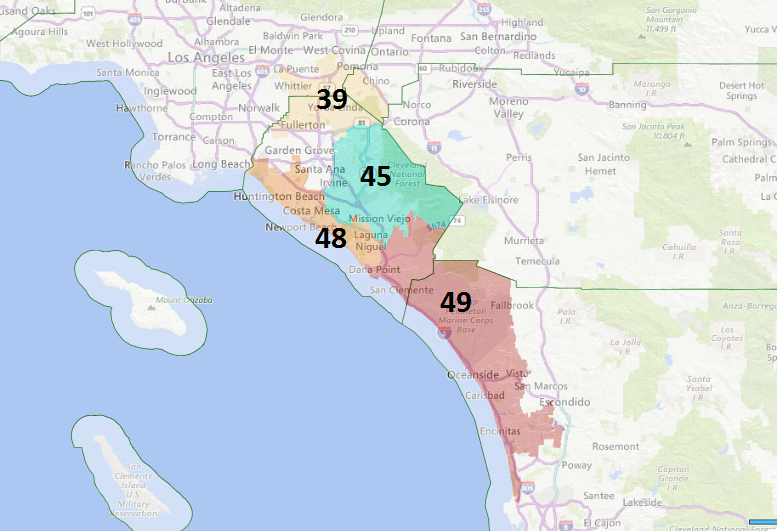 Starting with a few dozen souls, the rallies in Vista CA now average 370 protesters
Every. Single. Week.
For 49 consecutive weeks in 2017❗️ 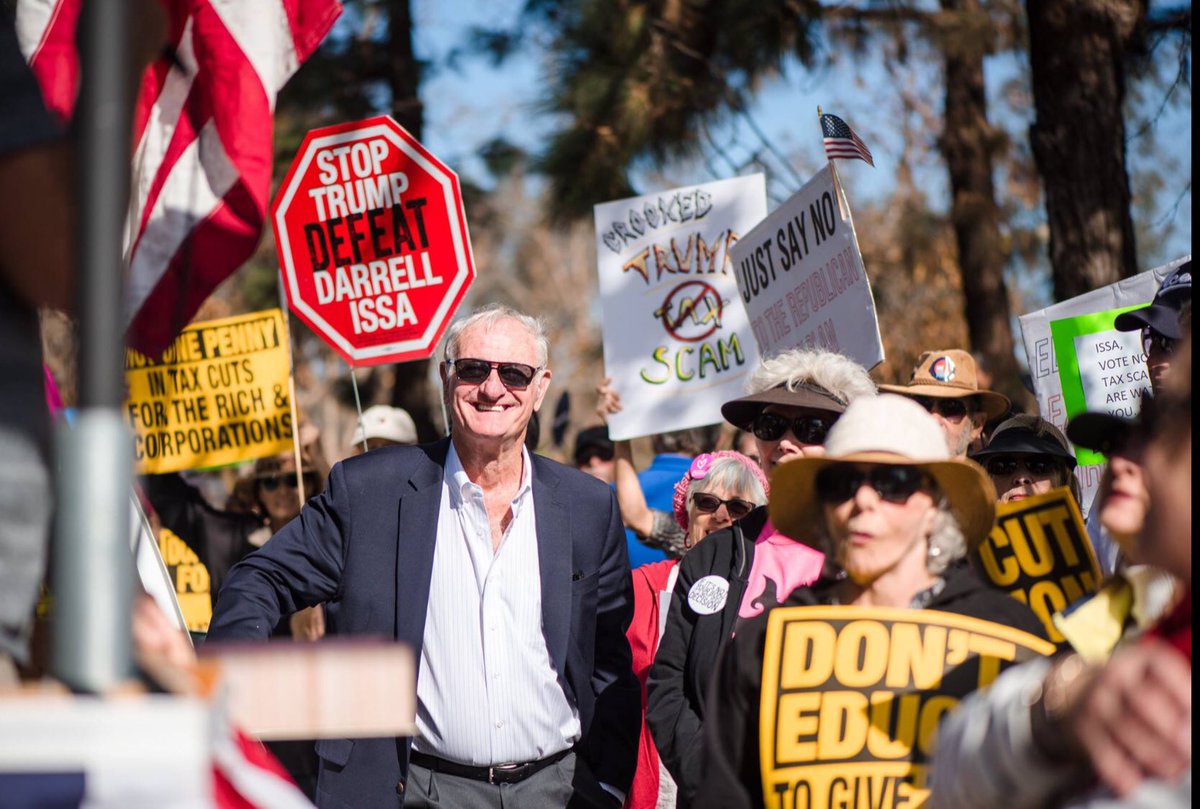 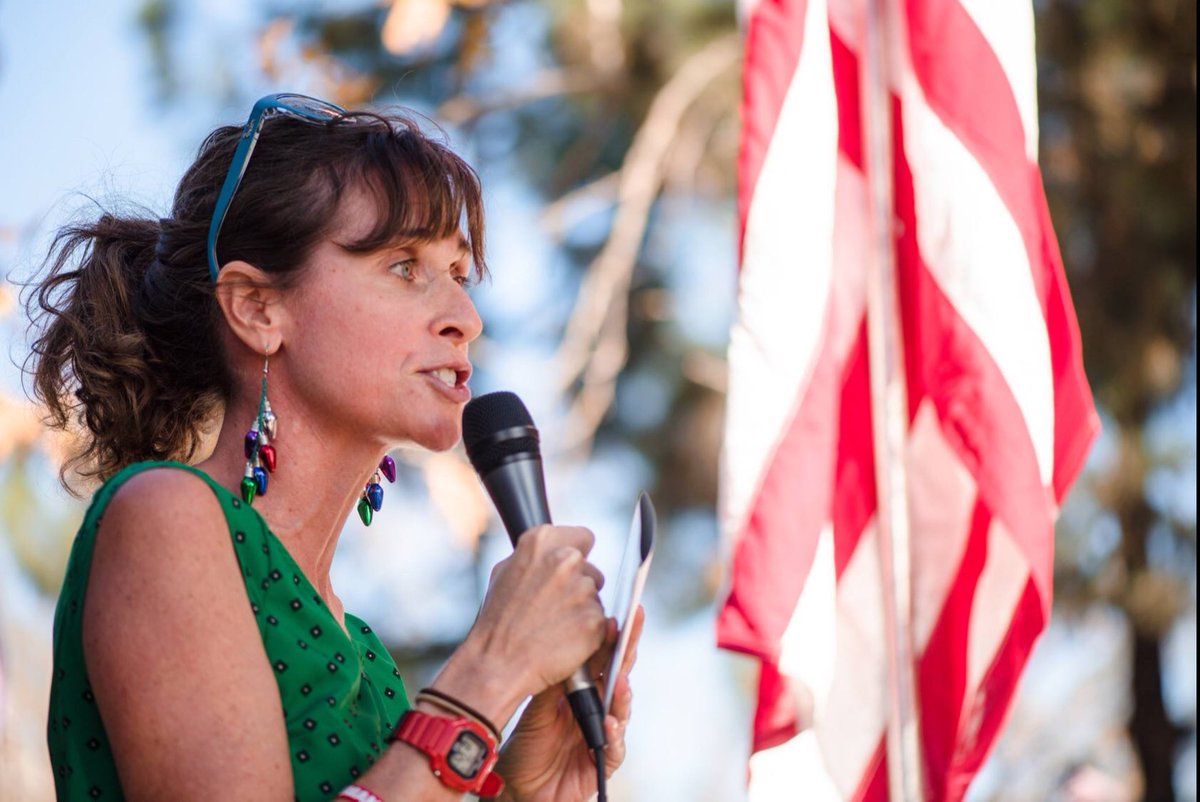 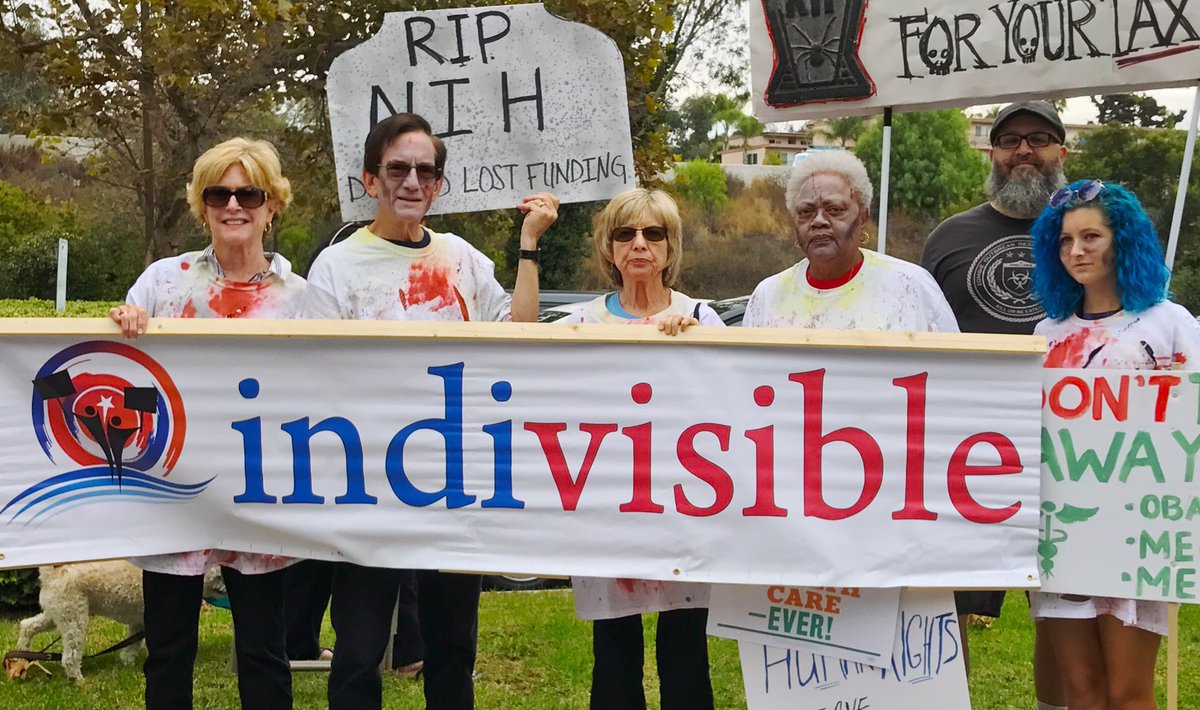 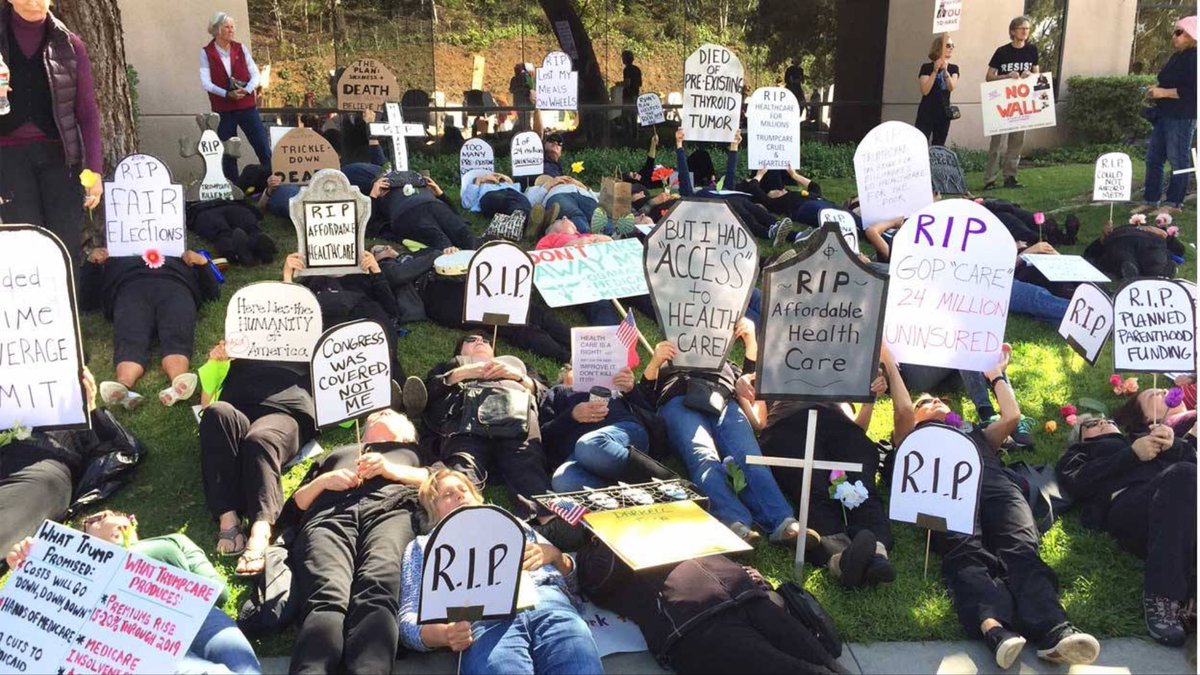 2/ The Issa rallies are believed to be the largest, sustained weekly congressional protests in the nation. Top attendance record: 880 people ❗️
ROCK STARS OF THE RESISTANCE! 😎 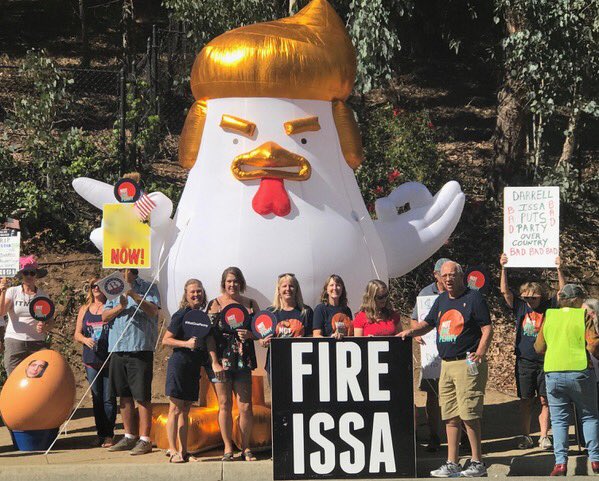 3/ Why CA49❓
👉 @DarrellIssa most vulnerable GOP MoC in nation
👉 Won by half point in 2016; Hillary won district by 8 points
👉 Issa avoids voters, famously viewed protest from roof
👉 Issa voted to take our healthcare 😡 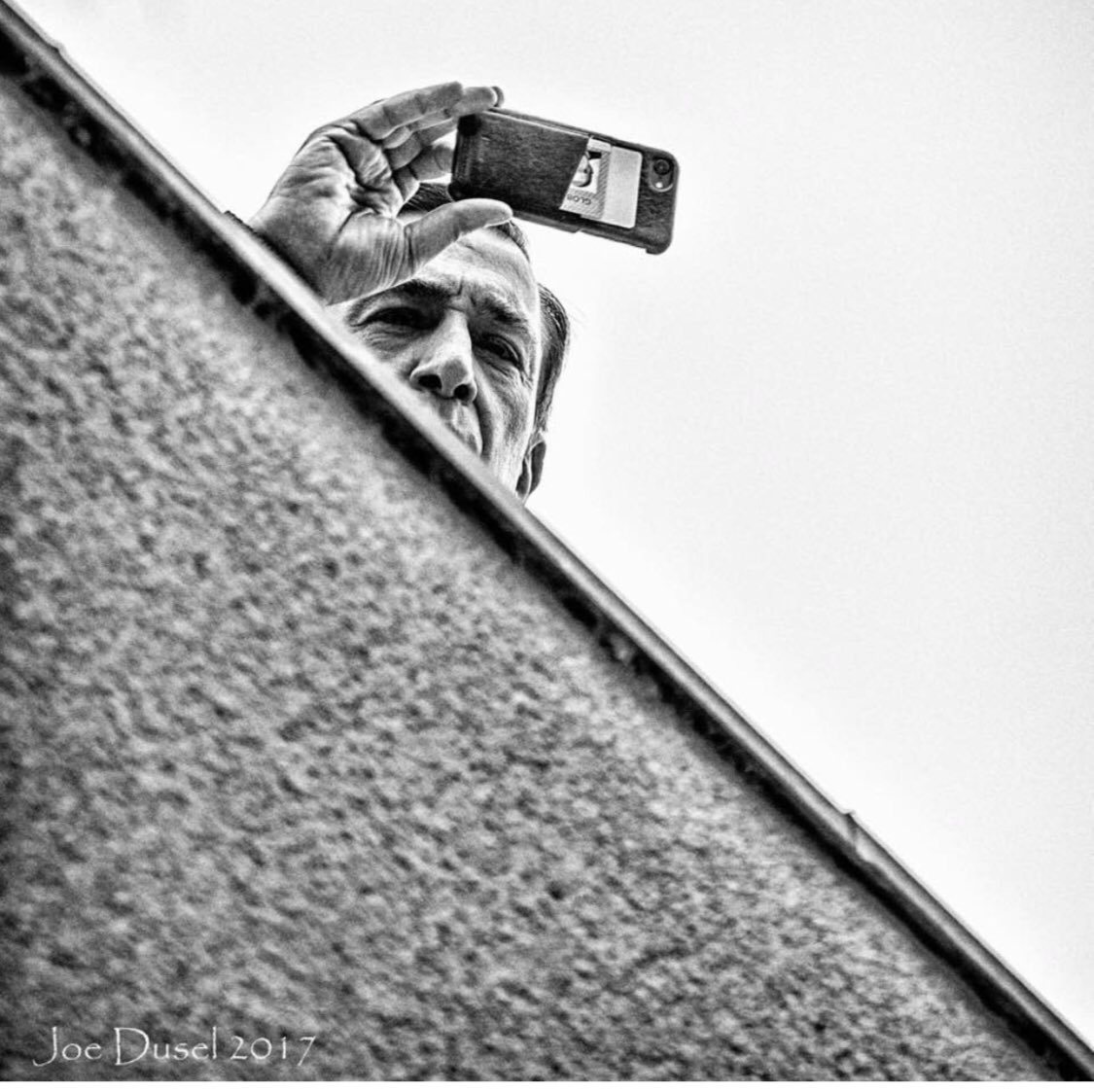