Disclaimer, I do not work in employment law. Were I actually voting on this bill, I would phone a friend(s) to make sure I am not missing anything. First page is nothing sensational - title, sponsors, etc. 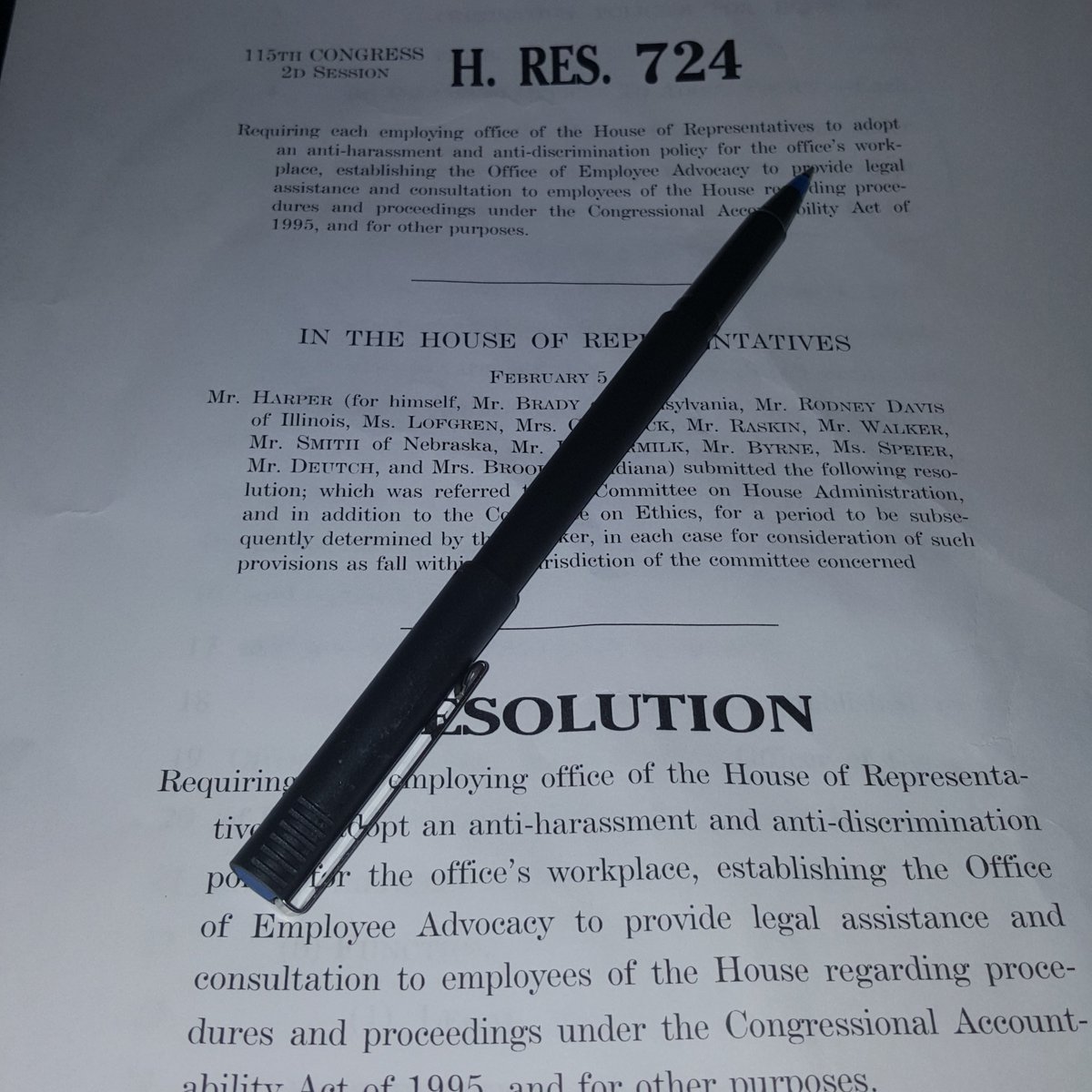 P. 2 - There are a lot of references throughout that reference the Congressional Accountability Act of 1995, without appropriate citations or specificity. A bit sloppy to me. A good use of staff is looking up references for efficient bill reading, it shouldn't take this long. 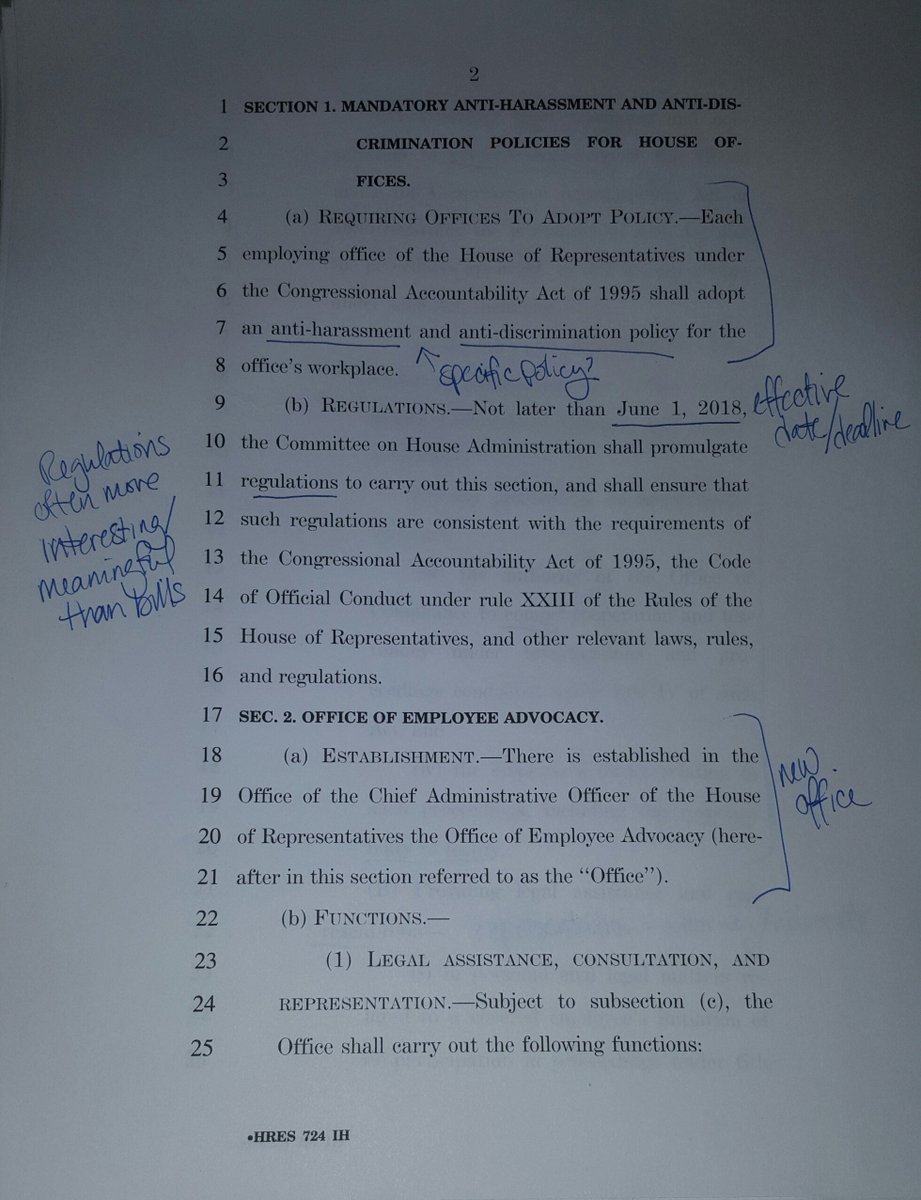 Seems to be a requirement to adopt an anti-harassment/discrimination policy, but not any *specific* policy. This does not establish actual regulations, which can be like footnotes where the good stuff is, which must (should) be done by 6/1/18. This bill establishes a new office.
P. 3 - talks about who is covered by incompletely referencing a 40 page document. Establishes oversight capacities like the ability to force testimony and establishes that there will be representation for the "covered employees" 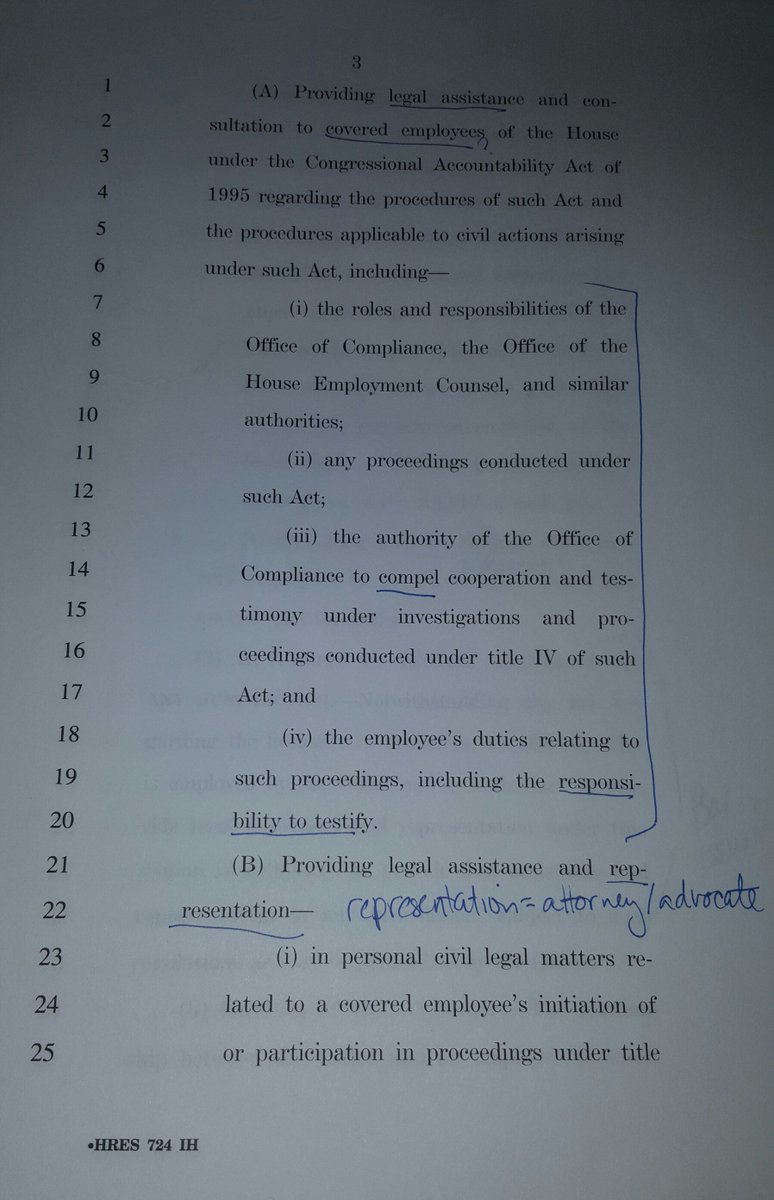 P. 4 - more types of proceedings covered. There is supposed to be a hotline, we'll presume the regulations will cover that. There is a clause that might create bar issues, but that's not going to matter to most of you reading. 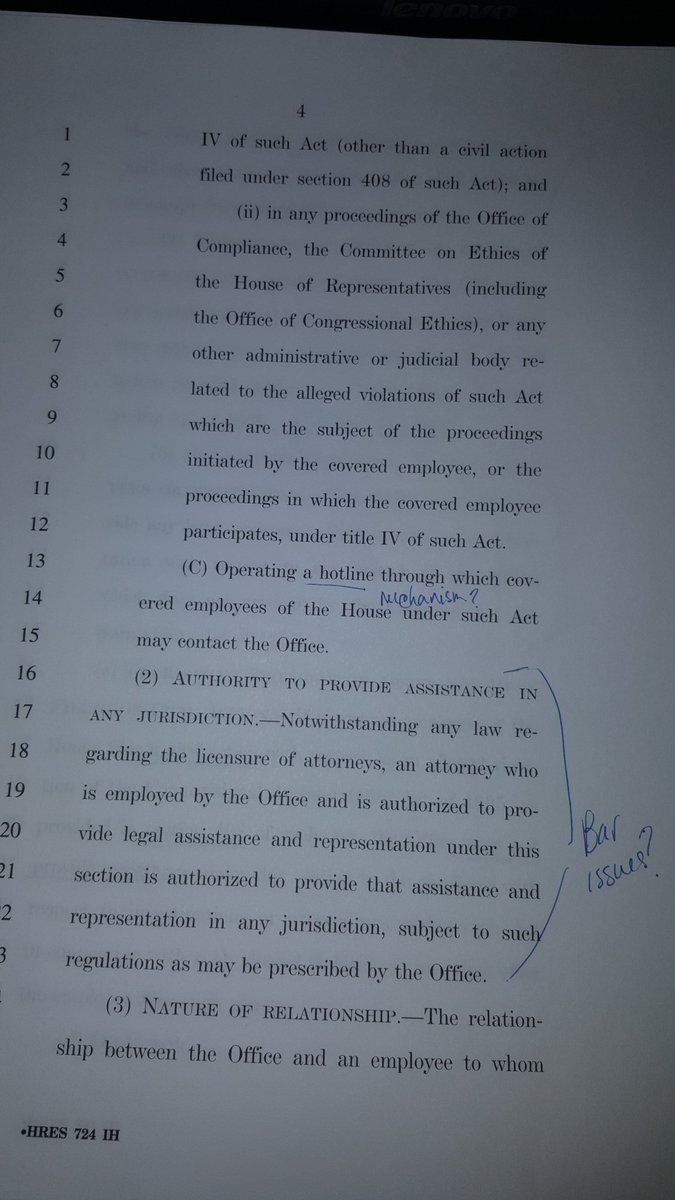 P. 5 - creates attorney/client privilege relationship, states that attorneys fees cannot be sought (which actually might have been a great way to at least partially fund this office without controversy), carve out for civil actions. I have *NOT* read the CAA 1995. 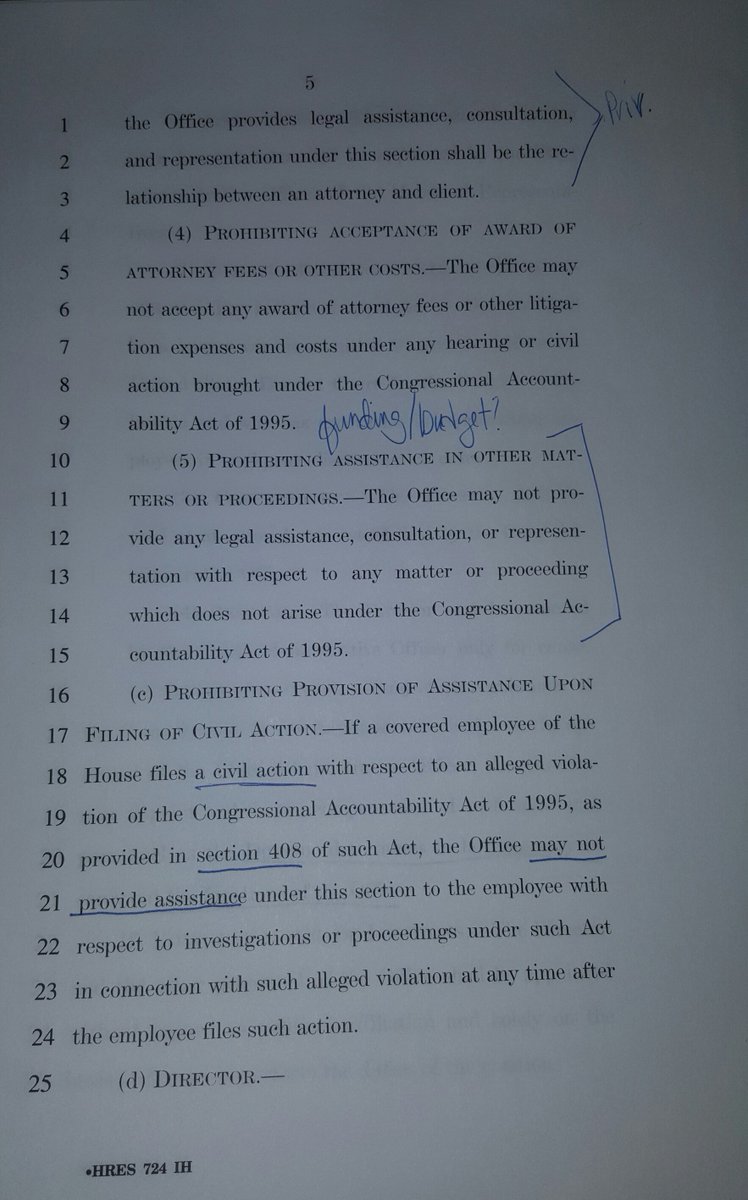 It's 40 pages and the version I grabbed doesn't reference section 408. I tried to find a different version, but got 2 corrupted PDFs from different government websites. 🤔🤨🤬

I'm not playing go fish for another version tonight.
It appears that if you flip over to civil court for recourse you are on your own. I don't know the reason for that, it's probably buried in some regulations somewhere or one of the corrupted PDFs. My gut says I would want there to be an option for representation in civil court.
Government employees are not that well-paid for the costs of living in DC and that type of attorney is $$$. However, I freely acknowledge there may be a structural barrier of some sort to thoroughly obliterate my gut reasoning. Again, not an employment law junkie.
P. 6-8 set up the staff, compensation, office space, job functions, no representation for actions in progress (which sucks, wouldn't you want to protect those claims - it shouldn't be that many, right? RIGHT?), and info on hiring...not a thing on how this is paid for. 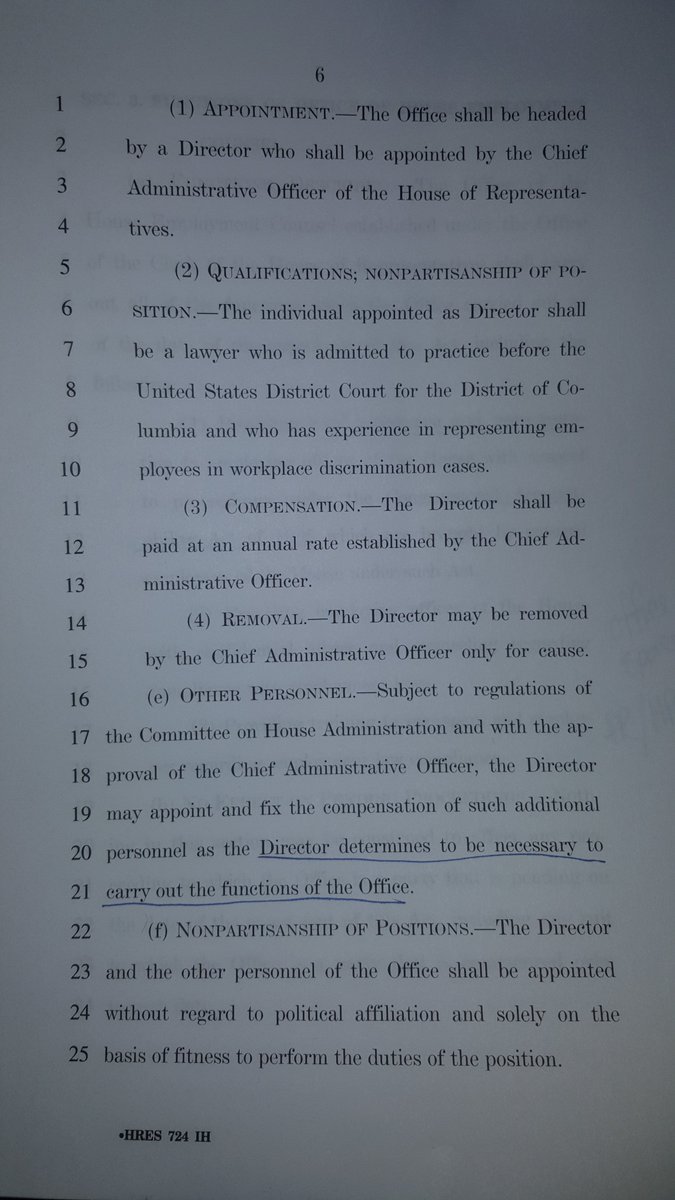 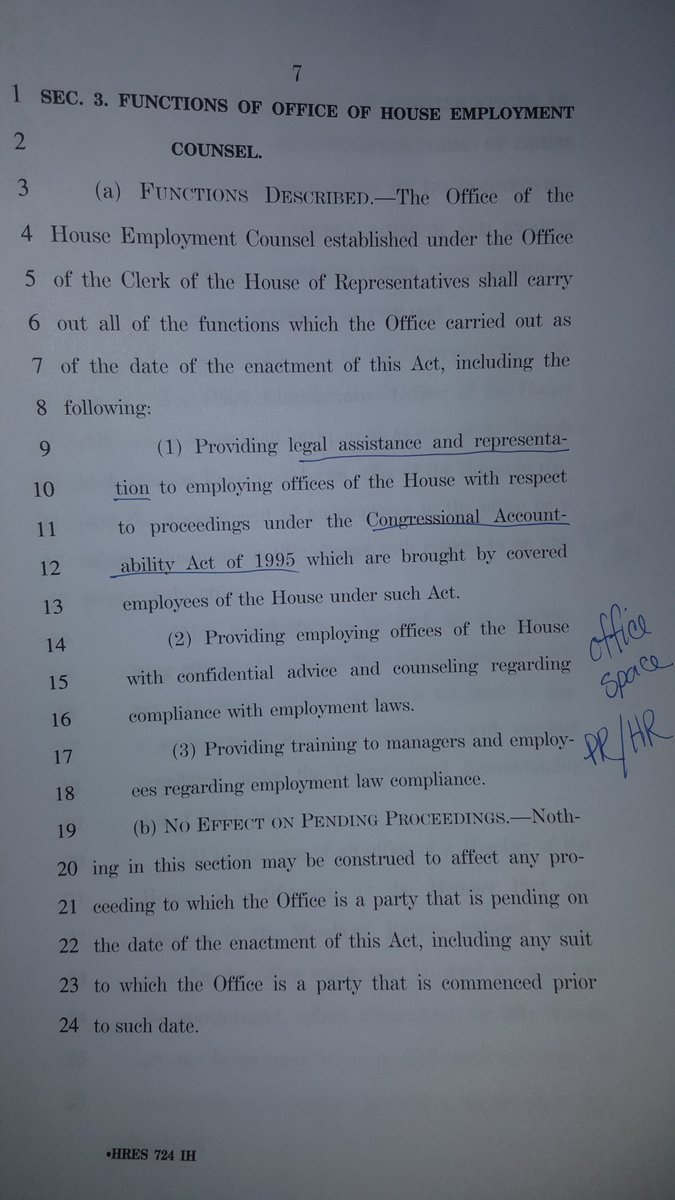 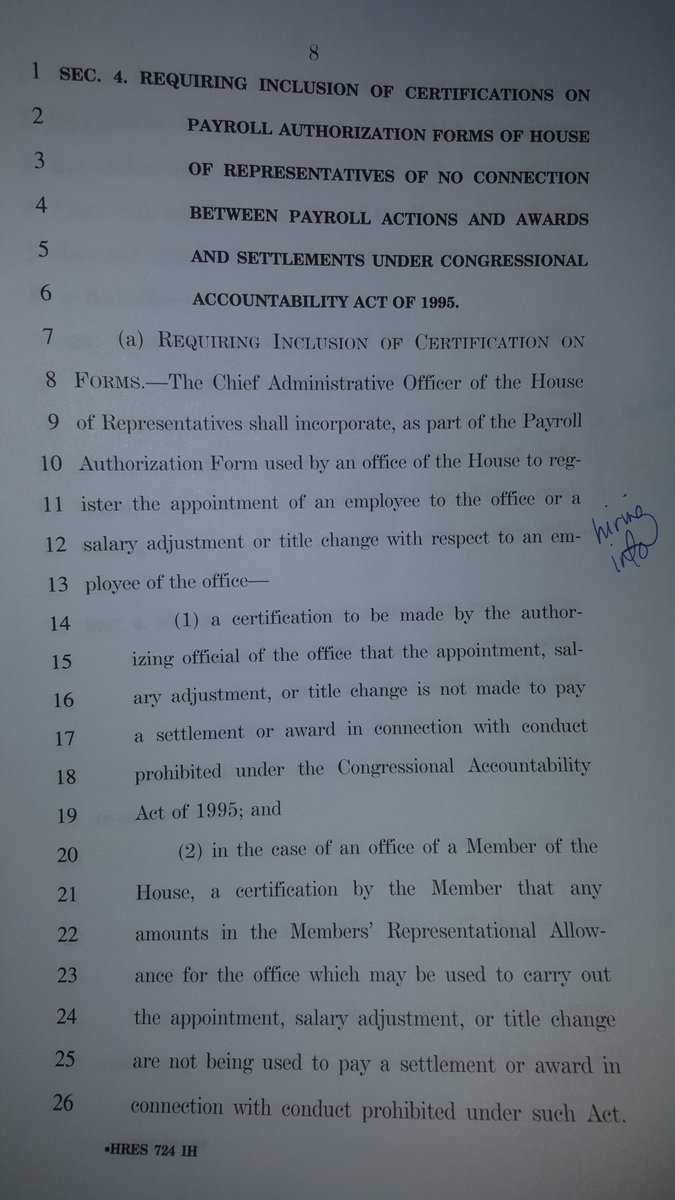 P. 9 - adds sexual harassment as a protection against firing, then leads into sexual relationships with staff members...which is probably a good idea, but you all have seen political dramas/comedies, right? I feel like this isn't a super practical stance. 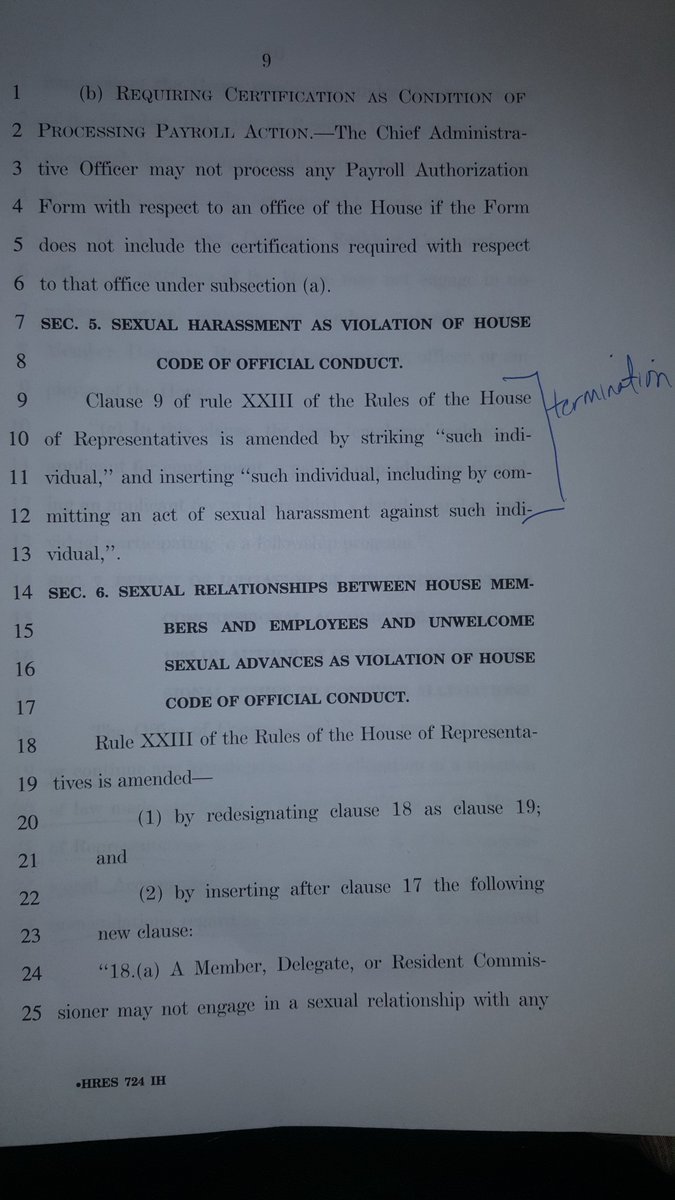 P. 10/11 - you can still have sexual relations if you are married to your staffer. So nepotism = yes, sex in general = no. I feel like there is something interesting in Sec. 7, but I don't know employment law well enough to put my finger on it. This would be a phone a friend. 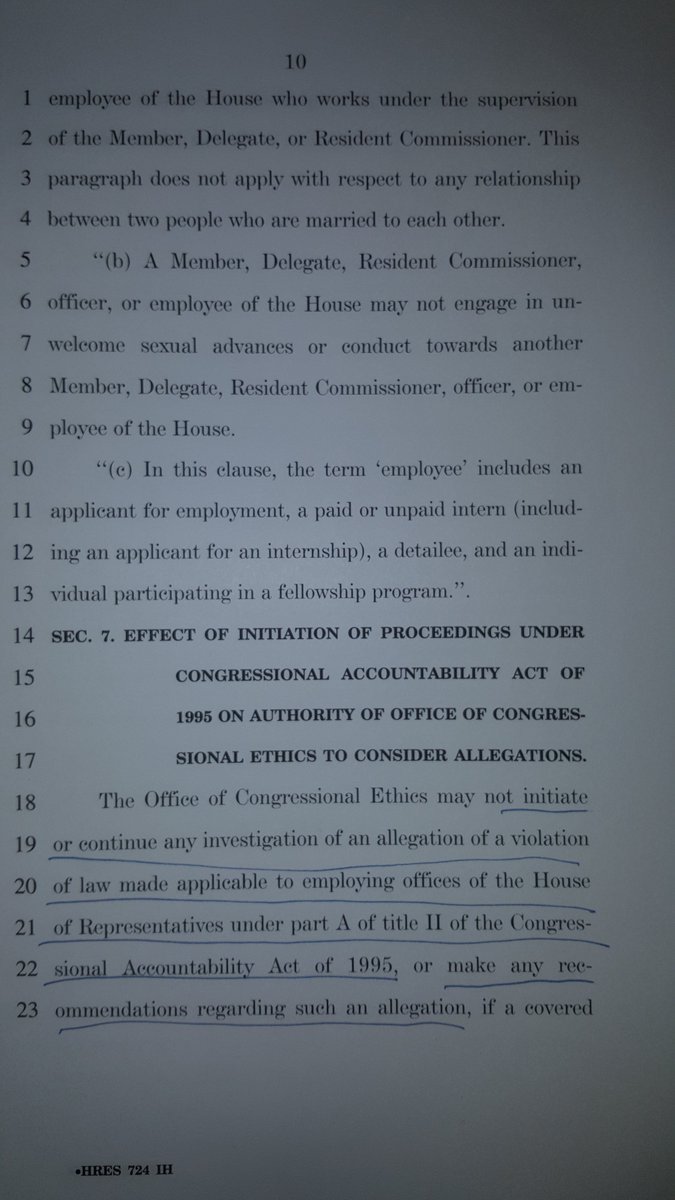 Overall, I would probably vote FOR this bill contingent on the following:
1. Answering outstanding questions
2. WAY better references
3. Some idea how it would be paid for and that it isn't merely symbolic
4. It should give legal counsel to pending actions...& how many are there?
When you are voting for your federal delegation, no matter where you are, make sure that the person you cast your vote for can provide analysis of bills. It's probably not needed on each one, but they should be able to explain on request if not published. #mepolitics #ME02
You should be able to get the following information:
1. How did you/will you vote
2. Why will you vote that way
3. What compromises did you make and why
4. Did you have any unanswered questions

I'd like to take my regularly scheduled #SundaySoapbox and do a last minute swap to focus on Susan Collins.

Let me preface by reminding you I am not running against Susan at this time, but I do have an election in a month that I could use support for.

#mepolitics
I am a constituent of Susan's. Ever since I have moved here I am astonished at how incredibly effective she is at harnessing people's hope and her words like a damn magician.

Though she is a consistent conservative vote, she is able to focus all eyes on her.

#SundaySoapbox
Let's be clear, Susan is a troll.

Susan is truly brilliant. Absolutely amazing. She captures the hearts and minds of moderates repeatedly despite pulling the football every time.

It's horrific for most constituents, and a blasphemy to representative government.

@TiffanyBond
Sep 21, 2018
It's not very frequent that I comment on a presidential tweet, but this is not ok.

Sexual assault is traumatic. For many the thought of even admitting it has happened to them keeps them from reporting.

Then the worry about having to beg to be believed.

Then your family and community will look at you different.

Your behavior will be questioned, and even if you has zero responsibility, many will blame you for being a tease, wanting it, being irresponsible for choosing what should be a totally innocuous setting.

#mepolitics
Since folks have posting yearbook photos, here is one of mine.

Take a moment to contemplate how many unwanted sexual advances and sexual assaults I had to fend off in the school-sanctioned athletic uniform.

Let's picture what the job and future elections looks like if I win.

Aka, what can you expect from a rep who does not perma-campaign.

#TWPSB
In this hypo traditional campaigning requires around $1+ million per year to get and/or keep a house seat (plus all the other energy you have to expend to keep the peanut gallery PACs happy).

Let's assume they're at it 5 days/week and take a couple weeks off per year.

How much energy do you think it takes to rake in an extra $500 each work hour while doing important stuff like making laws?

That's more per hour than you make for the actual job. How would you prioritize?

@TiffanyBond
Sep 3, 2018
Hey #mepolitics, I found my inspiration for a #SundaySoapbox a day late. It's a holiday, right?

Let's talk about hope and change.

Change I'm all for, we'll get back to that.

I have to confess, I don't love hope.

You *think* something maybe, kind of can happen.

If you just hope enough it'll be right?

Who wants to guess where I was today?
There were many apples, a wagon ride and delighted bees.

The views were amazing!

@TiffanyBond
Aug 28, 2018
I've been asked this a lot - what is the benefit of ranked choice voting?

If you feel like politics keeps pushing far left or far right as candidates differentiate, RCV lets you pick the moderate with the back-up of "not the other one".

I made you a chart.

Maybe you think of yourself as an independent, moderate, etc, and really don't love either party (but probably like one party less) - you can select me as your first choice, and still have the back up of another candidate if not enough people agree with you.
#mepolitics
In this race, folks who like Bruce probably don't like Jared, folks who prefer Jared probably aren't keen on Bruce.

A lot of folks would like (or find less annoying) someone who really isn't a party. With RCV, you can do that! It removes the risk of vote-splitting.