Discover and read the best of Twitter Threads about #REDFLAG

"...not knowing..."
Musk will try and use this to shift blame without taking accountability. It will NOT work his time.
#TheSociopathicBusinessModel #FraudFormula #ForcedAccountability
#SECvMusk

@SenJohnThune is "not sure what this accomplishes."

Trump and Putin met alone for 2 hours. Russia is already saying they're eager to act on agreements made...

The Translator must be brought before Congress. What was agreed upon? What was discussed?

Call your Members of Congress!

We don't know what deals were struck, but Russia does...

The Russian Military claims they're "ready for practical implementation of the agreements reached between Russian President Vladimir Putin and US President Donald Trump..."
cnn.com/2018/07/17/pol…
Read 10 tweets

Continues to do Putin's bidding.

#FTR: The ONLY time in NATO's history where a member country invoked Article 5's collective defense which says that an attack on one ally is an attack on all...

The United States benefits from NATO. All allies do.

Debra Matheny(Koski) #ISTANDWITHGENFLYNN
@DebMatheny
#NorthDakota woman charged with adoption scam grandforksherald.com/news/crime-and… #SavannaGreywind #Minnesota #NorthDakota #ChildTrafficking #CULT @realDonaldTrump @jeffsessions @GenFlynn Baby's father is a MATHENY❗
I believe this is a crock of sh!t orchestrated to distract from the bizzare truth & all the reasonably suspicious circumstances of those initially involved! This is what those we entrust to protect & serve devote their time to MAUFACTURING CRIME SCENES TO DISTRACT FROM THE #TRUTH
I have more research. All tagged have what I discovered.


It's very disheartening to say the lrast that this Northern Swamp remains undeterred, considering #Minnesota is a prime hub procuring these kids nationally/internationally❗#TRUTH
Read 23 tweets

McCabe declares that his firing, and Trump’s persistent needling, were intended to undermine the special counsel’s investigation.

“The idea that I was dishonest is just wrong," he said, adding, "THIS IS PART OF AN EFFORT TO DISCREDIT ME AS A WITNESS."

Cyrus Toulabi
@CyrusToulabi
#BREAKING: TRUMP ORDERED MUELLER FIRED BACK IN JUNE, BUT BACKED OFF WHEN THE WHITE HOUSE COUNSEL THREATENED TO QUIT.

"Treat him fairly" are the words I'm assuming he used... 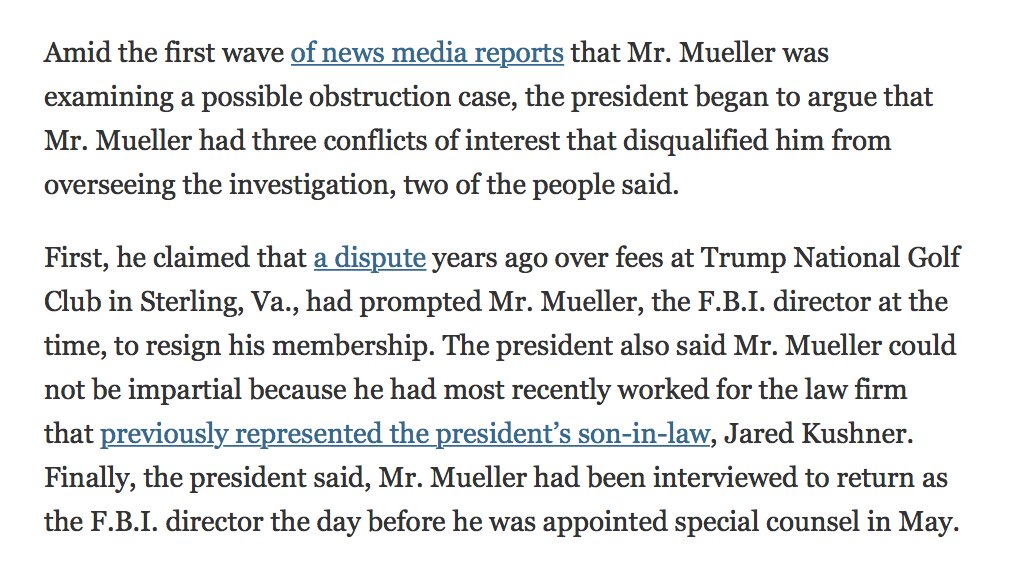 THIS IS NOT HOW INNOCENT PEOPLE ACT.