@BarbMcQuade, @JoyceWhiteVance and @JillWineBanks need their own show together, right now!

Love them so much! Could listen to the three of them forever. There could even be a quick #JillsPin segment each day, like @AllInWithChris's #Thing1Thing2. 😜
Aug 19, 2018 • 12 tweets • 7 min read
#FTR: Nixon WH Counsel, John Dean, is pretty much universally considered a hero in the Watergate scandal.

While he wasn't an angel, his cooperation ultimately led to Nixon's impeachment and resignation.

Hmm, I wonder why Trump would call him a "RAT" and view him negatively...?

He claims he demands transparency, while his White House lies at every turn.

When he says "many lives have been ruined," he's setting up pardons.

Aug 18, 2018 • 7 tweets • 4 min read
We all saw this coming when Trump bragged about his multi-hundred billion dollar arms deal with the Saudis, shortly after taking office.

I hate to say it, but the U.S. has sadly been complicit in what has been described as the world's worst humanitarian crisis in Yemen.

In May, Trump signs a "tremendous" $110B arms deal with Saudi Arabia. #YEMEN 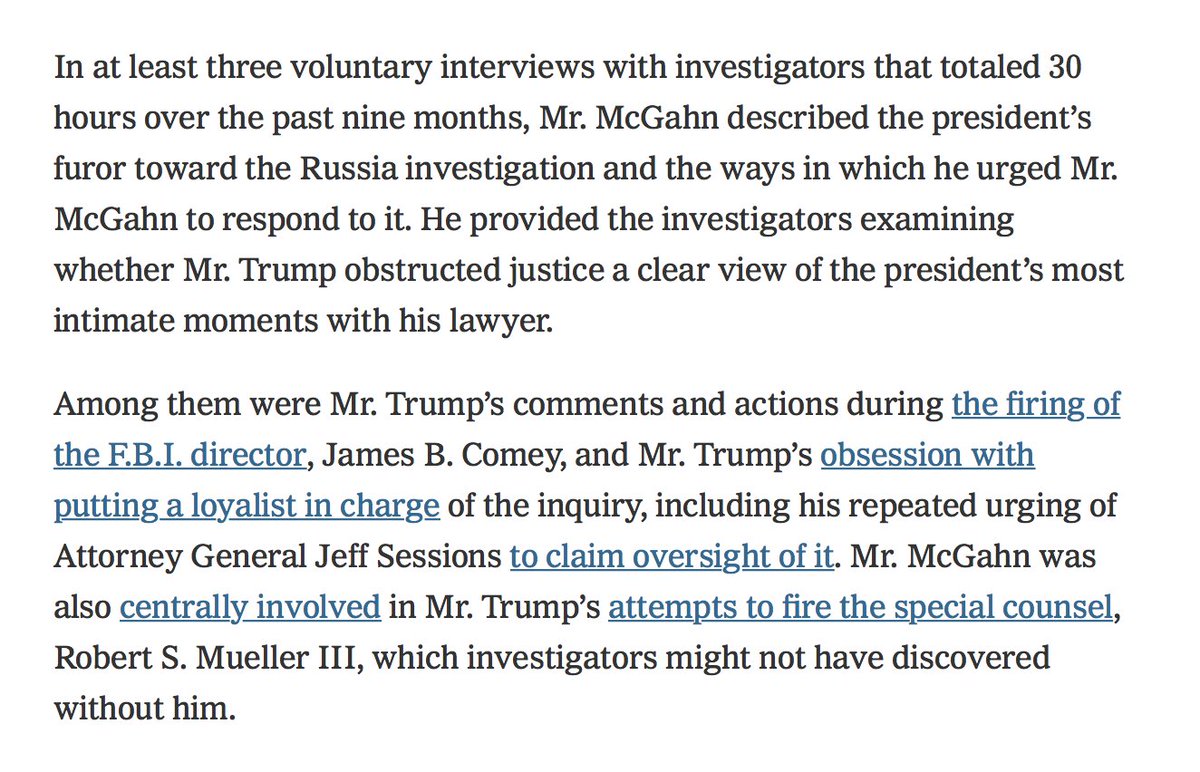 He has detailed the most damning episodes in at least 3 voluntary interviews that have totaled 30 hours over the past 9 months.
nytimes.com/2018/08/18/us/… #FLAG: McGahn has disclosed details surrounding...

- The firing of former FBI Director James Comey.
- Trump's obsession with putting a loyalist in charge.
- Trump's repeated urging of Sessions to claim oversight of the investigation.
- Trump's attempts to fire Mueller himself.

Aug 16, 2018 • 5 tweets • 2 min read
#FLAG: I don't want to read too far into it, but for the jury in the Manafort trial to be asking for the definition of "reasonable doubt," after one day of deliberation, is concerning, at least for me...

#TBH: I hate to say this, but I've been skeptical of this jury from the beginning.

How are there 12 individuals in the Alexandria, Virginia area (just outside of D.C.) who had never heard of Paul Manafort?

Either they are particularly ignorant individuals, or someone's lying...
Aug 16, 2018 • 5 tweets • 3 min read
Meanwhile, JOINT MILITARY EXERCISES with our allies in South Korea were "too expensive."

They act as a deterrent to North Korea, China and Russia, and are essential to ensure preparedness with our allies should Kim Jong Un launch an attack.

#REMINDER: The Trump Administration's position on the suspension of joint military exercises with South Korea was CONDITIONAL. 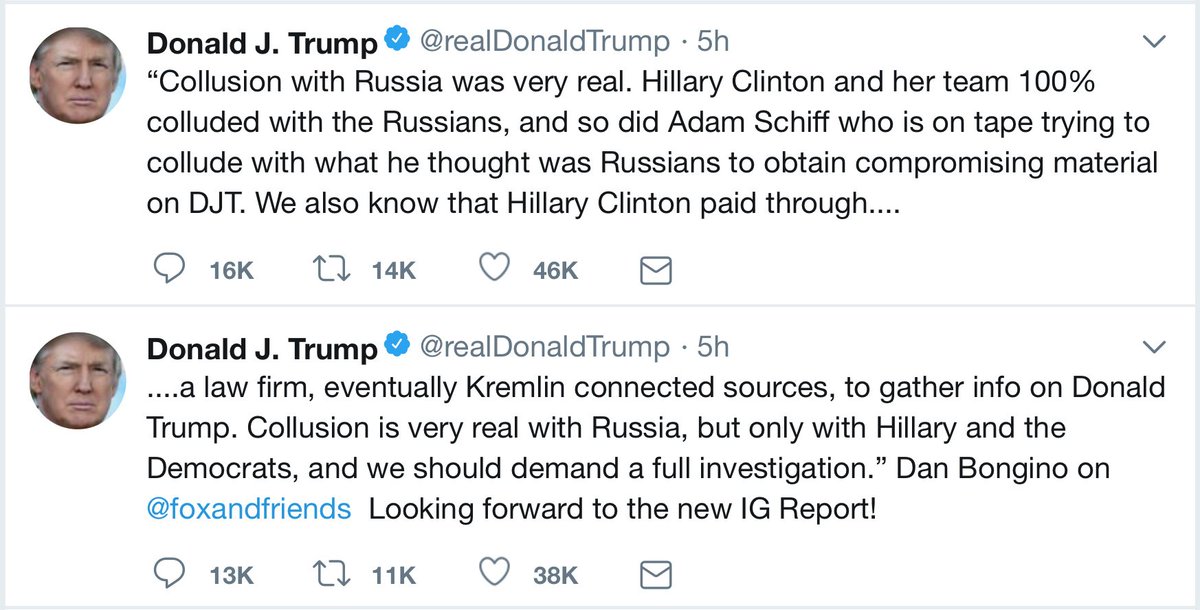 "There was No Collusion except with the Democrats and Russia!"

It's an often-repeated right-wing counter-narrative pointing to the FusionGPS commissioned #SteeleDossier.

Here's why they're full of it and how to counter it.

#FLAG: Trump defenders say if it's illegal to get "opposition research" from a foreign national...

...then the Democrats are guilty of it, because they commissioned Christopher Steele, a former British spy and UK national, to gather intel that became the #SteeleDossier.

Remember, he's on the House Intelligence Committee. He's voted with Nunes and the GOP on each and every measure, including on their sham "Russia Investigation" findings and today's vote against subpoenaing the translator.

#FTR: We should applaud Republicans who break from Trump and their party.

At the same time, we should be aware of their actions, and how, even as recently as today, they contradict their words.

We must encourage them to take those words and turn them into concrete action.
Jul 18, 2018 • 10 tweets • 7 min read
#REDFLAG: SENATE REPUBLICAN LEADERSHIP DO NOT WANT TRUMP'S INTERPRETER TO TESITFY BEFORE CONGRESS.

@SenJohnThune is "not sure what this accomplishes."

Trump and Putin met alone for 2 hours. Russia is already saying they're eager to act on agreements made...

The Translator must be brought before Congress. What was agreed upon? What was discussed?

Call your Members of Congress! 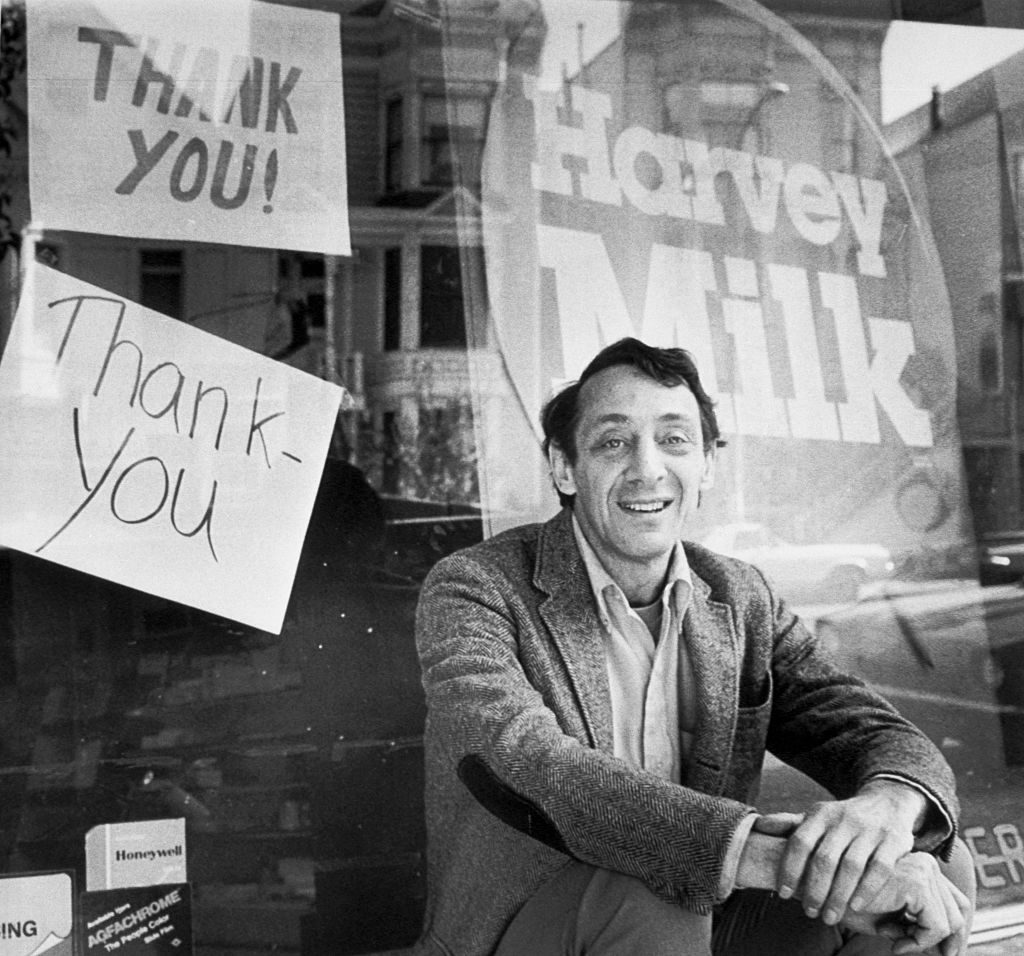 Visionary #LGBTQ, civil, and human rights leader. One of the first openly gay elected officials in the U.S.

His life was tragically cut short when he was assassinated nearly one year after taking office.

Harvey was born May 22, 1930, in Woodmere, NY. Harvey and his only sibling, Robert, worked in the family’s department store, “Milks.” They were a small middle-class Jewish family that had founded a Jewish synagogue and was well known in their community for their civic engagement. 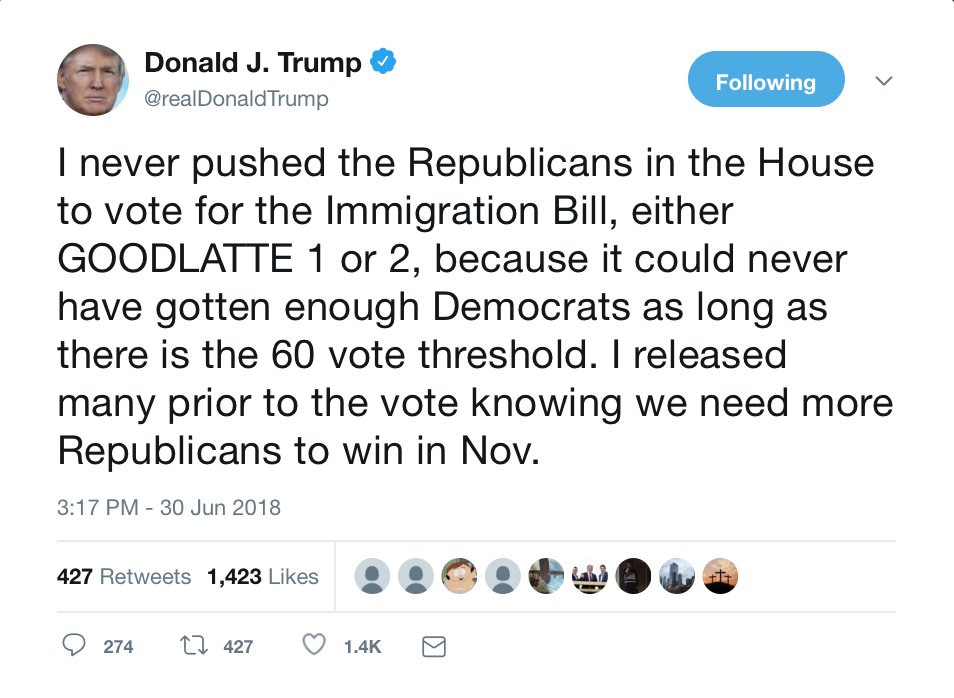 Yes you did...three days ago.

It failed. You had no sway.

The rights that so many have fought for are under assault.

Trump has already rolled back #LGBTQIA rights. It'll accelerate thru the Supreme Court.

1. Saying it’s legal to fire workers for being transgender.

2. Arguing that it’s legal to fire workers for being gay. 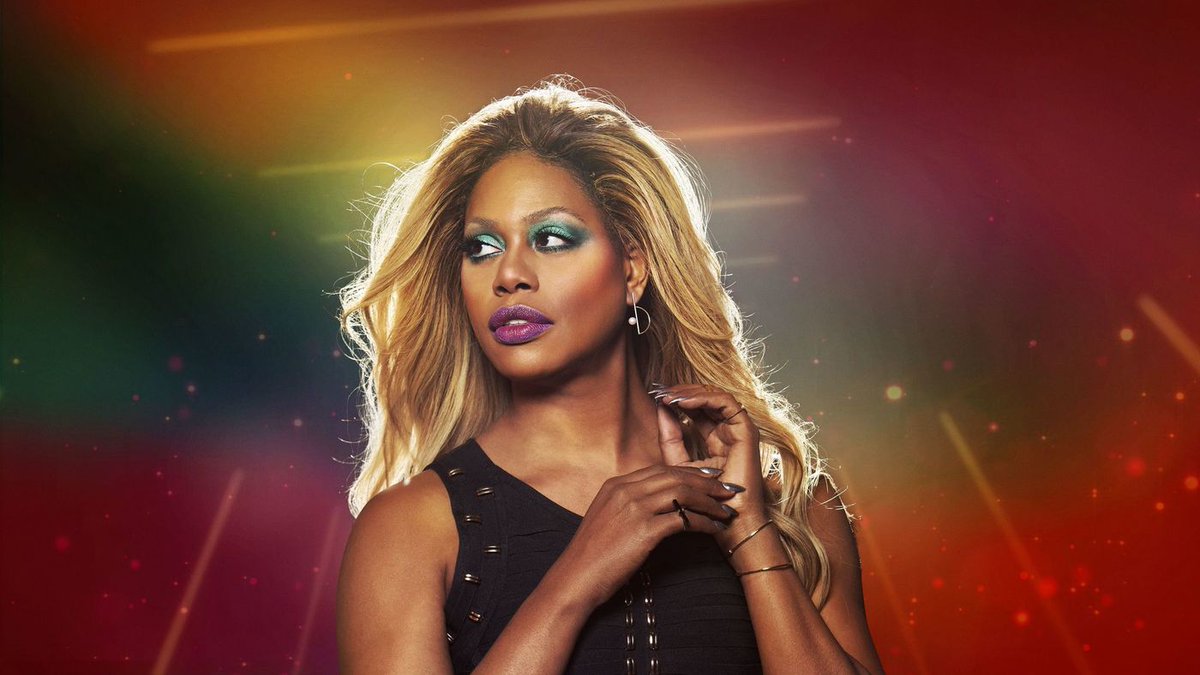 Known for her role on Orange is the New Black.

Born in Mobile, Alabama. She and her twin brother were raised by their single mother, Gloria, who was a teacher.

While she was born biologically male, she always felt female.

Laverne was bullied and attempted suicide at age 11. But she found strength in her love for the arts.

Trump begrudgingly "caved" due to the backlash.

But, as it was all about holding the children hostage to get his demands...the order still pressures Congress to act quickly to avert the problems it delays and creates. 1. KEEPS FAMILIES TOGETHER...WITH BIG CAVEATS.

While the DOJ will continue to prosecute ALL adults crossing the border illegally, it keeps families together but only "where appropriate and consistent with law and available resources." 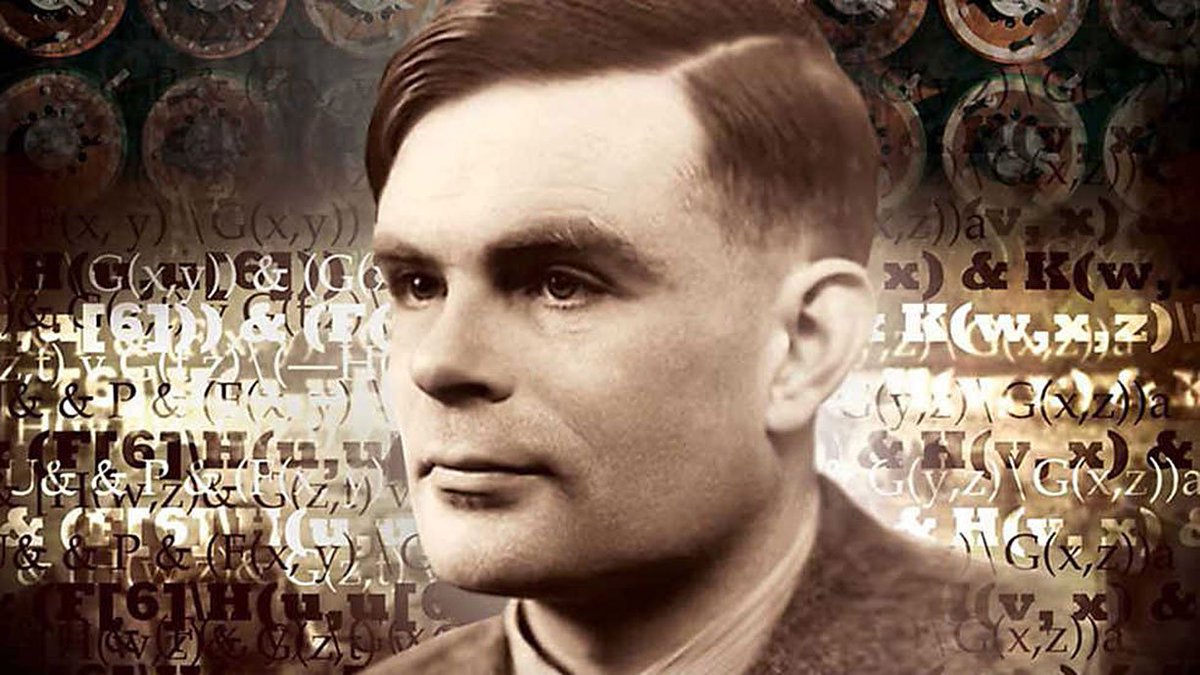 An eccentric British mathematician, widely considered to be the father of computer science and artificial intelligence.

Turing broke the Nazi Enigma code, playing a crucial role in the allied victory in WWII.

Turing spent much of his early life separated from his parents, as his father worked in the British administration of India.

At 13, he was sent to a large boarding school, with a rigid syllabus, so Turing studied advanced modern scientific ideas, such as relativity, on his own.

#OBSERVATIONS: A few thoughts in reflecting on the Trump legal team letter that argues the President is above the law.

They aren't saying he didn't obstruct. They're saying because he's the President, it's not a crime.


2. TRUMP'S TEAM LEAKED THE LETTER, DESPITE TRUMP ACCUSING MUELLER'S TEAM OF THE LEAK.

Trump tweeted this week that he doesn’t have time to focus on the Russia investigation b/c he's so busy president-ing...

WHICH IS THE SAME ARGUMENT MADE IN THE LETTER. 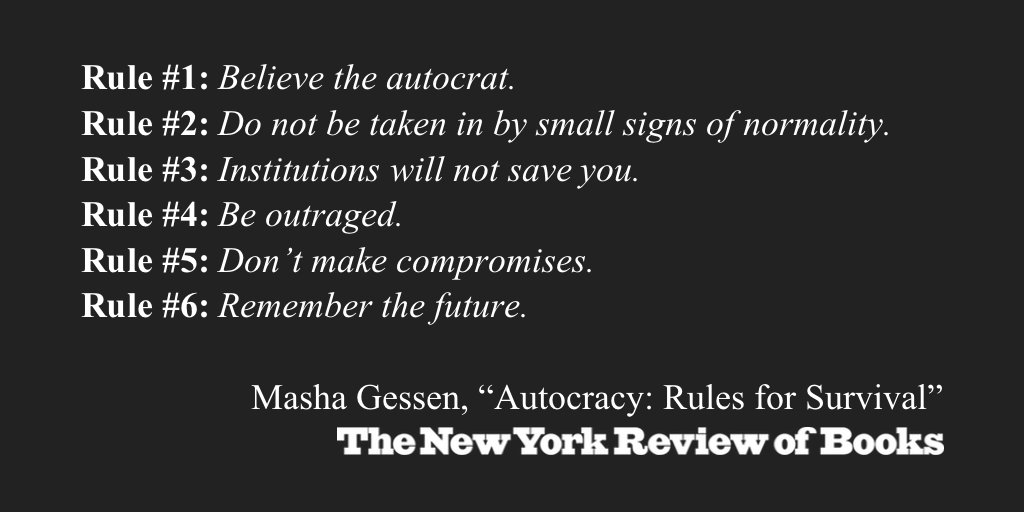 #PASTBLAST: I saw Masha Gessen on TV shortly after the 2016 election. She's a Russian journalist who compared Trump to autocrats like Putin.

Having lived in autocracies most of her life, she wrote about the rules to surviving an autocracy.

While I can't find the interview, she said when you live under an autocrat, he permeates every aspect of culture and life. Obviously, news will cover him. 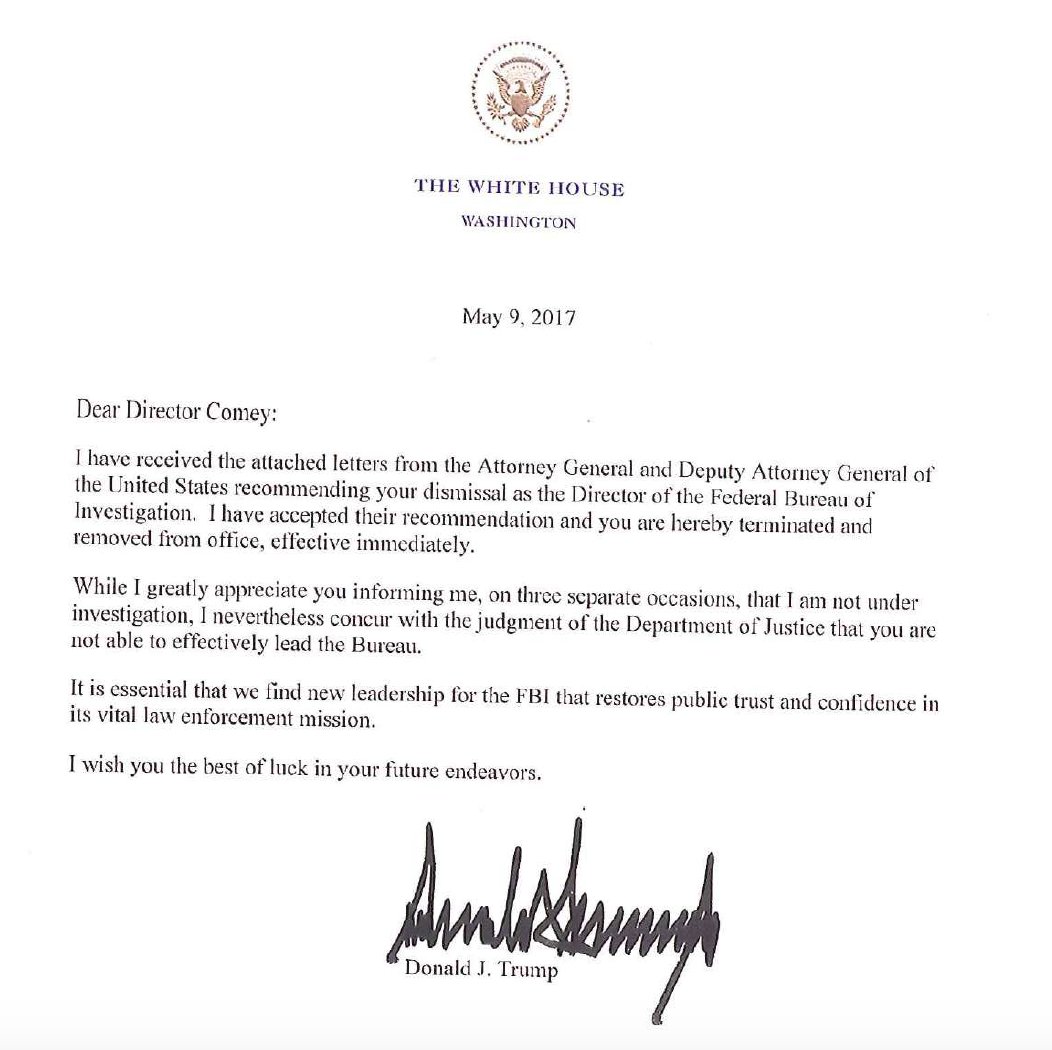 #TRUTHBOMB: NO ONE IS TO BLAME FOR THE APPOINTMENT OF THE SPECIAL COUNSEL...BUT TRUMP HIMSELF.

The following thread is a TIMELINE featuring some of Trump's actions that directly led to the appointment of a Special Counsel.


May 3 - Comey testifies before the Senate Judiciary Committee.

He refuses to answer if there’s any evidence of collusion. This triggers Trump's fury and his decision to fire Comey. 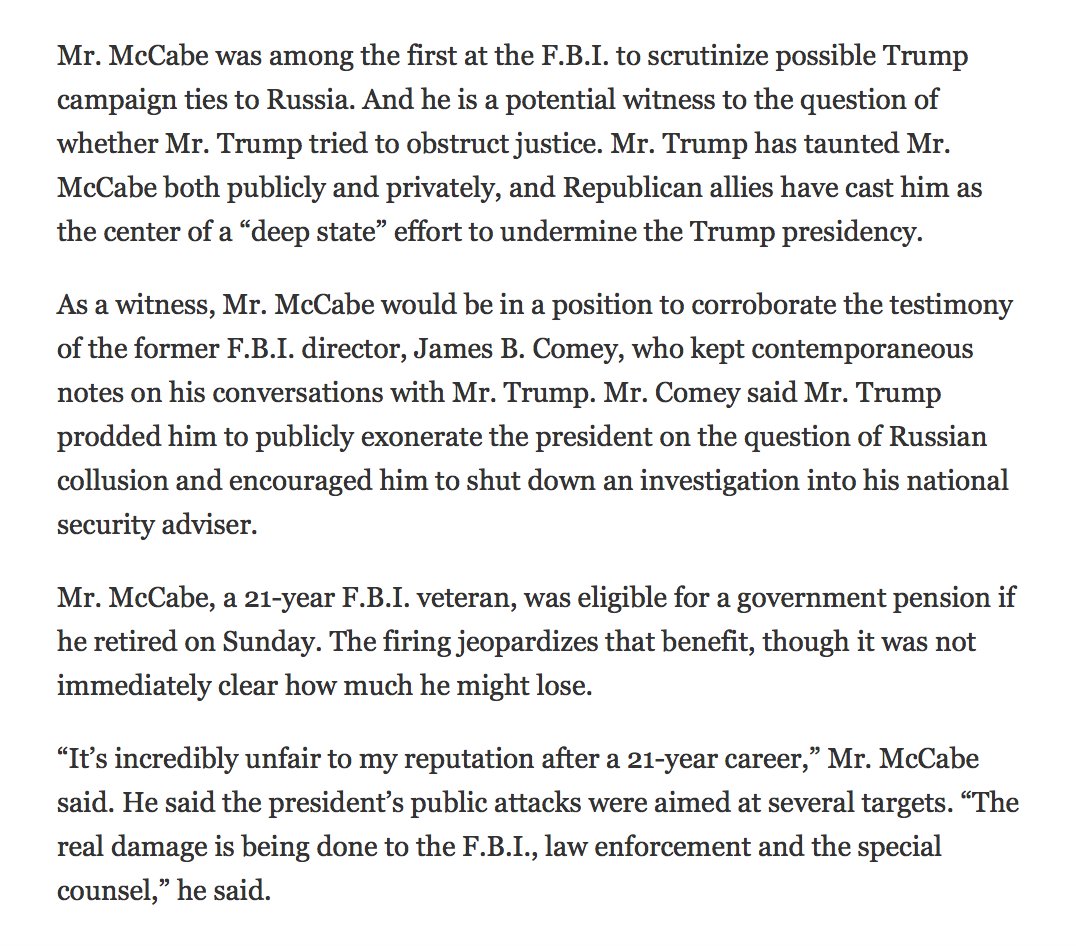 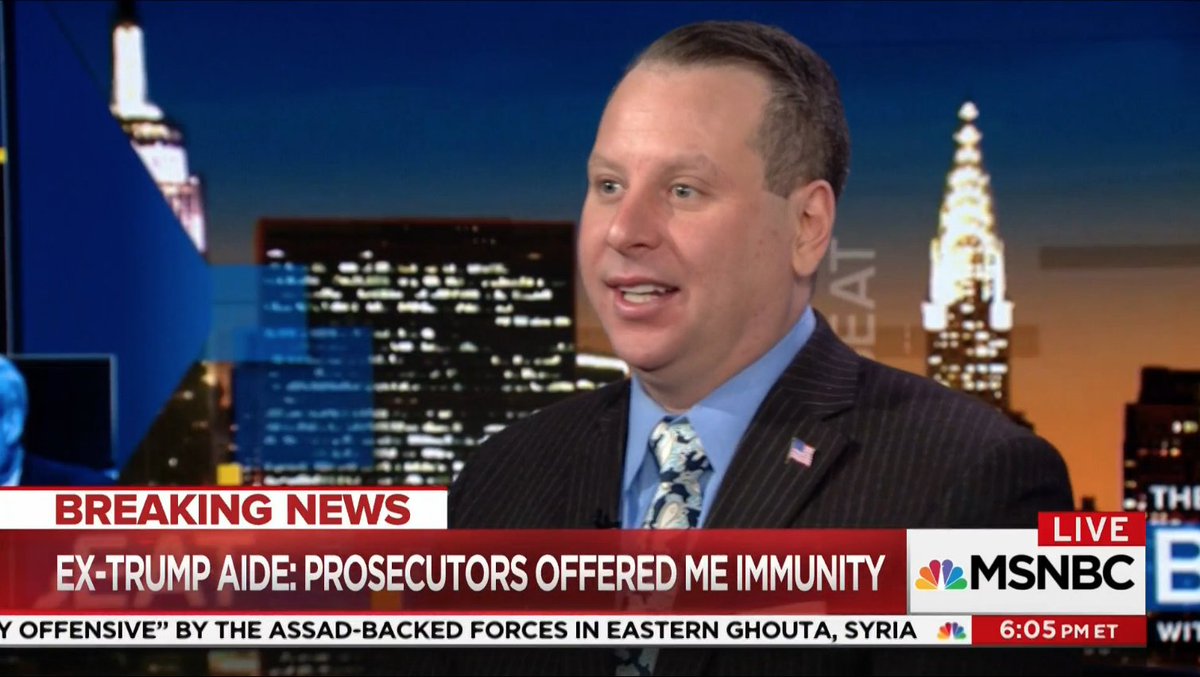 I can't with this guy...but interestingly, he's also revealing a lot with each one of these interviews.

Why not just go speak to the Grand Jury? Clearly, it's not about avoiding spending more time talking about the investigation and your experience...

He can't help himself..


#NOW: SAM NUNBERG says he was told he wasn't a target or a subject of the investigation and he was OFFERED IMMUNITY by the Special Counsel's team.

He also said THEY WANT HIM TO TESTIFY...TO CATCH ROGER STONE ON PERJURY...

ADMITTING THAT ROGER MAY HAVE LIED TO PROSECUTORS.

...REGARDING THE FOLLOWING PEOPLE:

He is also the Trump aide who was subpoenaed for all communications since Nov 2015 to President Trump and nine other people.