Discover and read the best of Twitter Threads about #M4A

I made mention awhile back that I held constitutional objections to the Medicare For All proposals that periodically come up. It's a complex topic, so it took me a couple weeks to put this together into a (hopefully) coherent argument, but at last, here it is. #m4a
The wide range of concerns around Medicare For All has resulted in these being pretty muddy waters, so for the sake of holding a focused discussion, let's just assume that, with the exception of constitutionality, all other concerns have been satisfactorily assuaged.
In other words, I don't want to get sidetracked by whether or not M4A would cause stagnation in medical advancements, lower incentives to enter the field, suffer from too many bureaucratic inefficiencies, etc.

Let's just assume that, if implemented, it's a guaranteed success.
Read 49 tweets

Victoria Brownworth
@VABVOX
I think the real question is "how do we create the means and foundation for the agenda," not the money to pay for it.

We always get money by taxing working class and middle class people.
That's how we pay for the two wars we've been in for over 15yrs.

The #healthcare industry employs millions of Americans.
In the only vision Bernie Sanders has ever presented, that somehow disappears and is replaced by something completely different....by magic. He has never had a plan for it or "breaking up the banks."
nydailynews.com/opinion/transc…
The most workable--and quick--plan we could get (if people vote in November and the Democrats regain the House)--is the #MedicareExtraForAll plan.

Getting people to give up their employer-paid insurance will be hard, but this could convince everyone.
latimes.com/business/hiltz…
Read 9 tweets

Bill Cimbrelo
@Bill_Cimbrelo
#MeidareForAll, #M4A - In addition to saving and improving the quality of life for millions of Americans, affordable Medicare for All will have a positive ripple effect on our entire economy. (1 of 7)
Access to preventive care for medical, dental and vision will open doors of opportunity for many to enter the workforce, obtain full-time employment, start a new business or leave oppressive work conditions. (2 of 7)
For many, just the peace of mind that an illness or accident will never financially wipe them out will eliminate tremendous mental and physical stress. (3 of 7)
Read 7 tweets

Lumpy & In No Way Civil Louise
@LumpyLouish
A Thread⤵️WaPo's List of Top 15 Dems to Run in 2020 (and my 2 cents on each) washingtonpost.com/news/the-fix/w…

15. Oprah - Noprah! We have very little info as to her views on policy and, frankly, I'm not all about the celebrity angle UNLESS they have been strong activists or involved in politics prior to.

14. Mitch Landrieu - OK, this is the one guy on the list I don't know a lot about I'll admit. Donna Brazile loves this guy (so take that how you'd like) and here is an article stating why not to support him. newrepublic.com/article/144446…

As of today 122 Democratic Representatives have signed onto #MedicareForAll House Bill #HR676. The ones on the list that follows, however, are NOT signed on to this bill as of today. So I shall commence with the Whigging below.
Terri Sewell (AL-7)
Tom O'Halleran (AR-1)
Kyrsten Sinema (AR-9)
Nancy Pelosi (CA-12)

Citizens' Media TV
@citizensmediatv
1/ There is so much good in this video by @cenkuygur and @TheYoungTurks: The federal government prioritizes war over programs for the powerless. Like many many times over. But Cenk (and @commondreams) are SO wrong in HOW it’s presented. #LearnMMT
2/ The fed govt is not constrained by💰. The U.S. is a sovereign nation with fiat (non-gold backed) currency. It has infinite💰at its disposal. Whatever it needs, write it in a bill, vote it into law. BAM. New💰. (It SHOULDN’T create infinite💰, but it damn well could.) #LearnMMT
3/ State & municipal govts, and households, ARE constrained by💰, since they can’t create the currency. (Well, at the risk of going federal prison for counterfeiting, they could certainly try.) The fed govt (Congress) are currency ISSUERS. Everyone else are currency USERS.
Read 26 tweets

1 RT = Random meme on my phone

Let's kick it off with this that @LumpyLouish just made me tonight for #NeolibAMovie!

This never fails to crack me up 😂

*Reportedly* taken at #DNCConvention16 where the #TrollKing was chased down the hall!

I have a special loathing for @davidbrockdc. He deserves all the mocking we can throw at him.

Support for monopolies & worker exploiters by "The Resistance" has been grotesque.

Mock them into oblivion.

Citizens' Media TV
@citizensmediatv
1/8 Please please please, @WaywardWinifred (& all progressive leaders!), please #LearnMMT. in a country that prints its own money (the United States is a “sovereign” nation with a “fiat” currency) the national debt is meaningless and nonsensical.

2/8 #LearnMMT
- “We can’t ‘afford’ #MedicareForAll!” 👉 The word “afford” is meaningless in a fiat currency. We print our own money!
- “Sure, #M4A is nice, maybe someday, but how will we pay for it?!” 👉 We pay for it by voting the money into existence. How? By passing HR-676.
3/8 #LearnMMT
- But r taxes will go up! 👉 Federal taxes, while really important, DO NOT PAY FOR ANYTHING. (If u could print ur own 💰, would u need income?)
- But it will bankrupt the country! Think of the children! 👉 Exactly how do u bankrupt a country that prints its own 💰?
Read 9 tweets 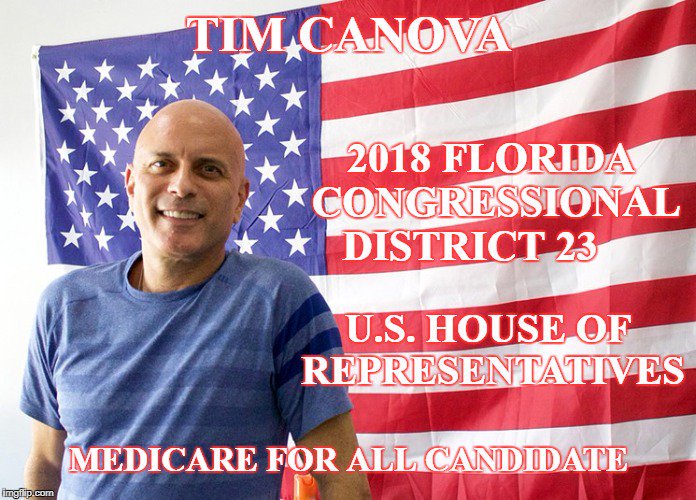 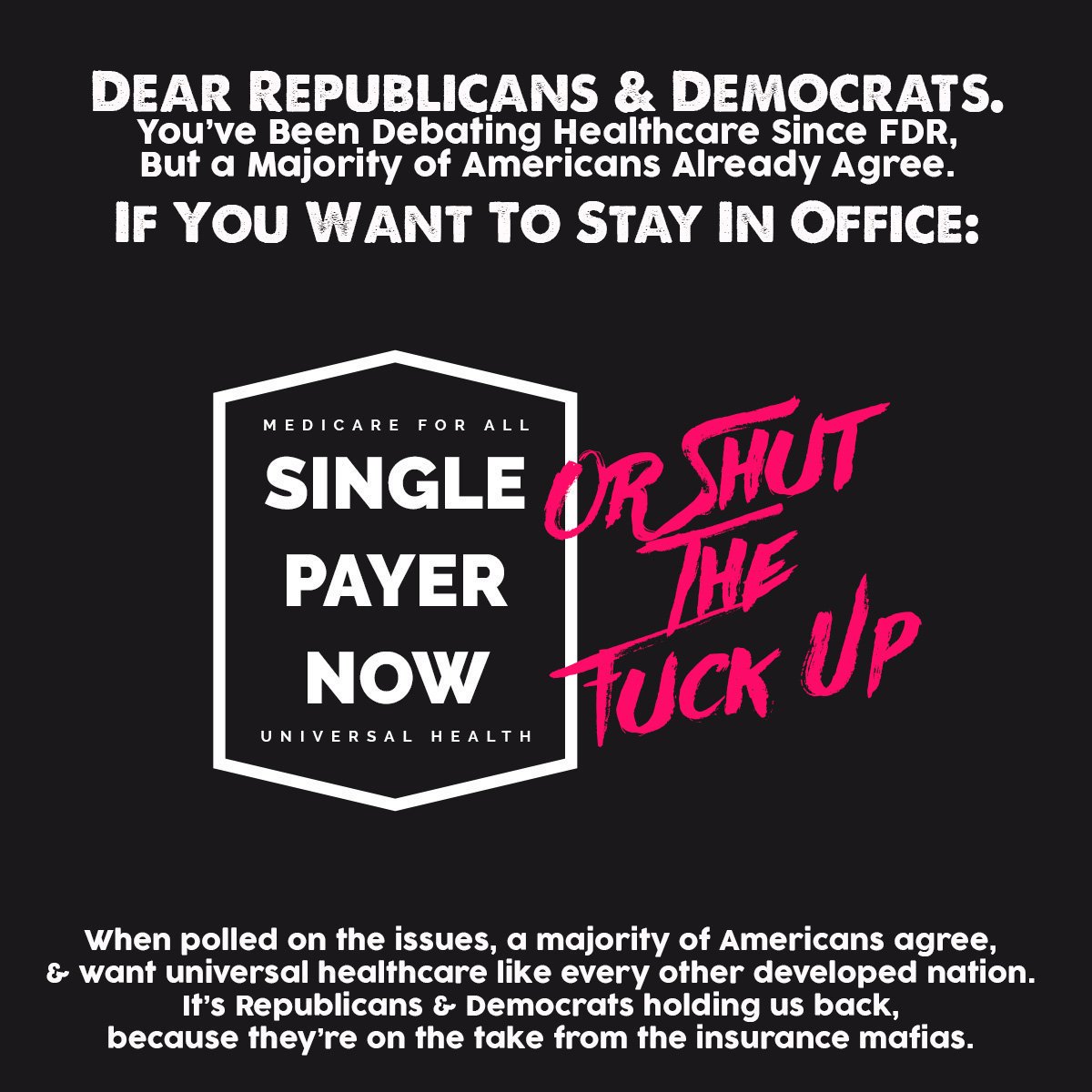 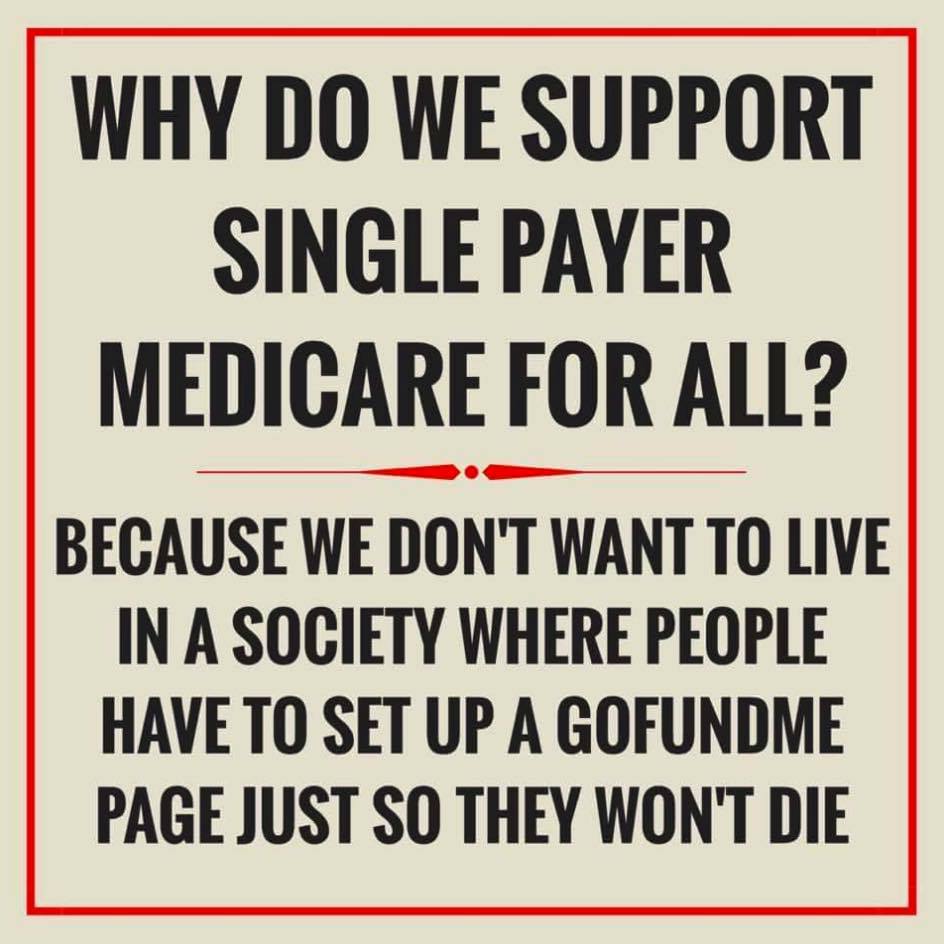 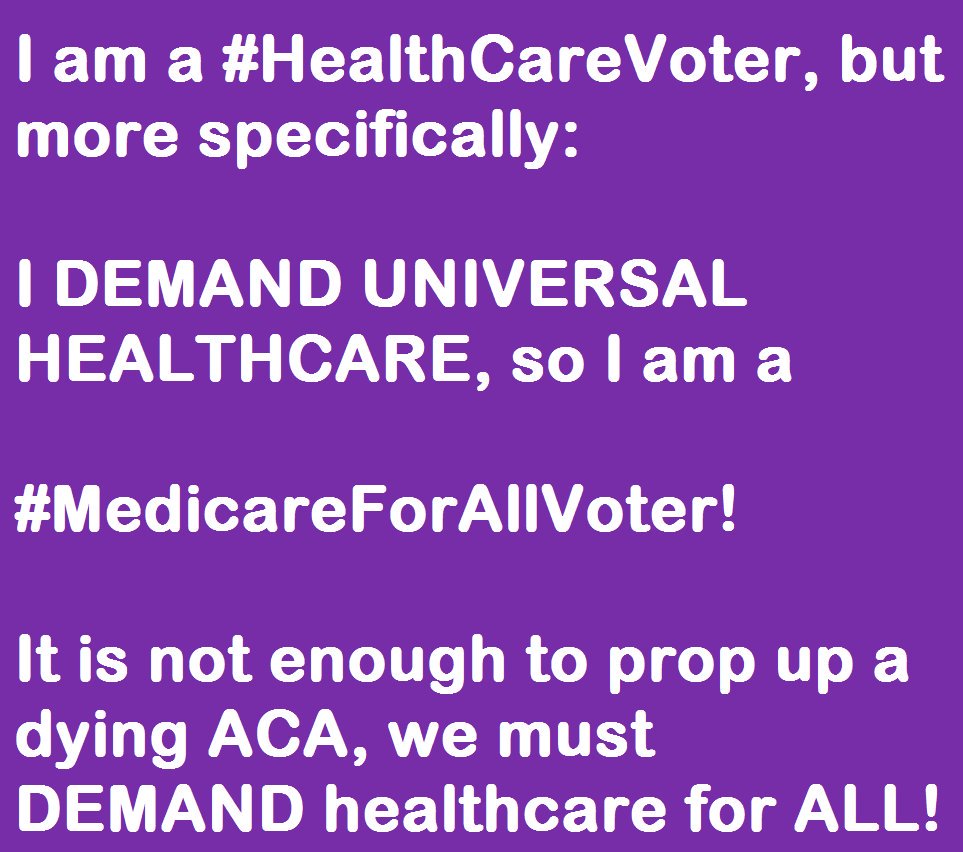 Victoria Brownworth
@VABVOX
#DyingIs
Being sick in America.
Being poor in America.
Having your healthcare stolen in America.
#GrahamCassidy
1/
#DyingIs
Having the Speaker of the House lie to America repeatedly & no one hold him accountable.

2/
#DyingIs
Knowing if I were screaming "Help me! I’m dying!" SOMEONE would try to save my life, but people will let #GrahamCassidy pass. 3/
Read 51 tweets