Discover and read the best of Twitter Threads about #ParadisePapers

Tom Scheck
@tomscheck
1/ This weekend, I’ll be on @MarketplaceWKND with @lizzieohreally to discuss how the Trump administration has undermined the government’s ethics safeguards. apmreports.org/ethics
2/ This week, we’re focusing on the history of the nation’s ethics laws and how they evolved since the 1950s.
3/ We start with the vicuna coat scandal that occurred under Dwight Eisenhower.
Read 30 tweets

Alex Cobham
@alexcobham
1. Are advanced tax rulings just a mechanism to corrupt the normal application of tax rules to multinational companies? (A quick thread as work avoidance)
2. The attraction, on paper, is that multinational companies get certainty about (some) tax treatment; as do tax authorities, who can then focus their limited resources elsewhere.
3. The risks? That the negotiation over advanced tax rulings is even more unbalanced than the usual negotiation over multinationals' actual tax payments. The tax authority has no threat of demanding audit or payment; and cannot devote the same level of resources.
Read 20 tweets

GreatGameIndia
@GreatGameIndia
#NiravModi is just tip of the iceberg. It is a well-known fact that diamond trade is used for money-laundering & that this channels are used to finance terror activities around the globe including in India. Just check the #BlackMoney list from #Belgium?
greatgameindia.com/of-diamonds-an…
So now that media is waking upto #NiravModi's #Belgium connections important question that should be asked is who are these diamond merchants & how many of them are in the #BlackMoney list? Dont be amazed if you find barons on the list financing bollywood.

#NiravModi was setup by London auction houses of Christie & Sotheby involved in auctioning of ancient Indian idols & manuscripts stolen by East India Company spies & hoarded in the storeroom warehouses of British Empire's officers. This goes on even now & is a $5B black market.

GreatGameIndia
@GreatGameIndia
Who are these two foreign pilots flying around Indian PM in the #seaplane? Shouldn't this be a security issue? Or is it normalization of things to come? Stay tuned for our <thread> on the issue. 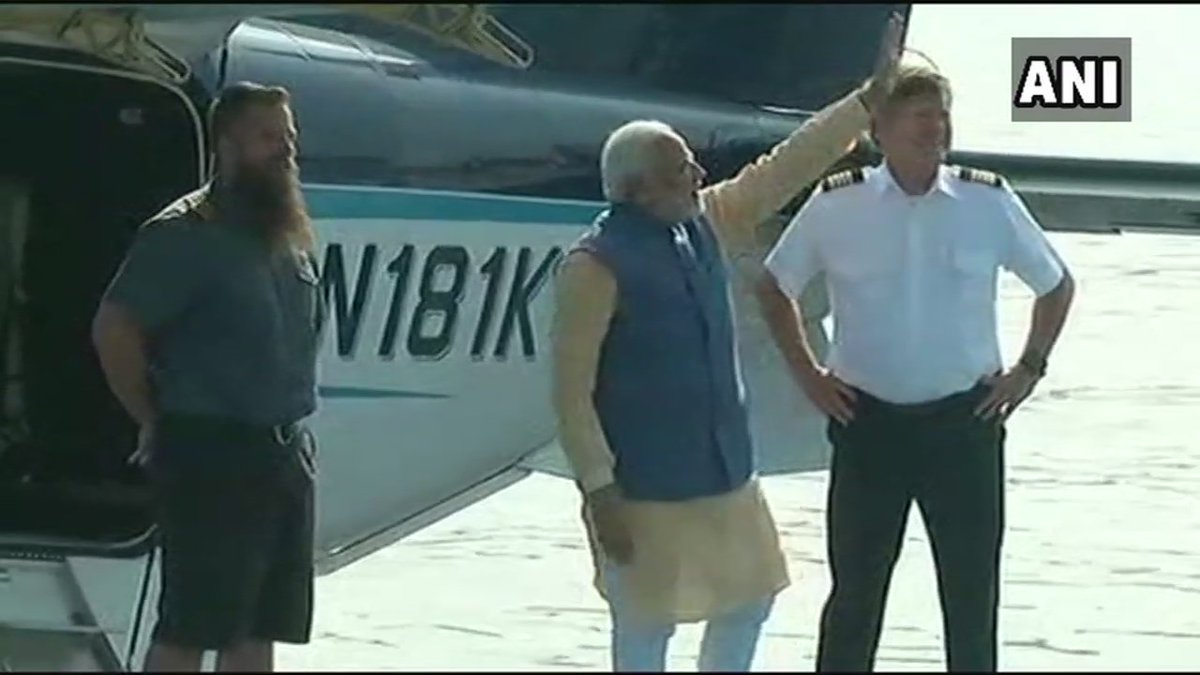 2 Is a Prime Minister allowed to fly aboard a single engine aircraft as per GoI protocol? What about one that is flown by foreign pilots? Why cant this #SeaPlane been flown by IAF pilots? More than any protocols entire Indian military is being bypassed here, what does that mean? 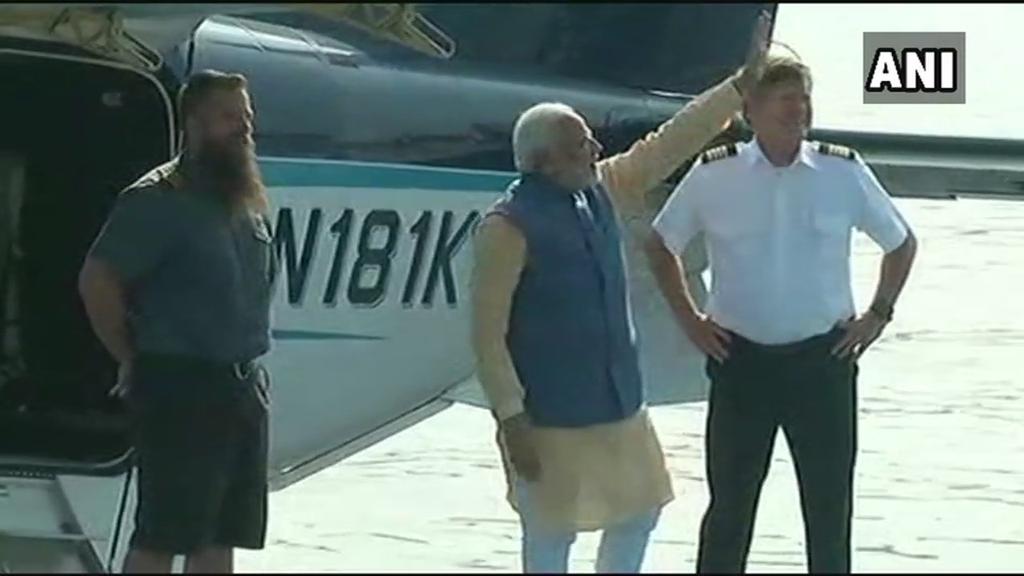 3 So the #seaplane in which our PM was flown in came directly from Pakistan & was flown by foreign pilots! And our Indian security forces allowed that???

This is the sorry state of Indian security establishment. Havent they learned anything from #HomiBhabha assassination? 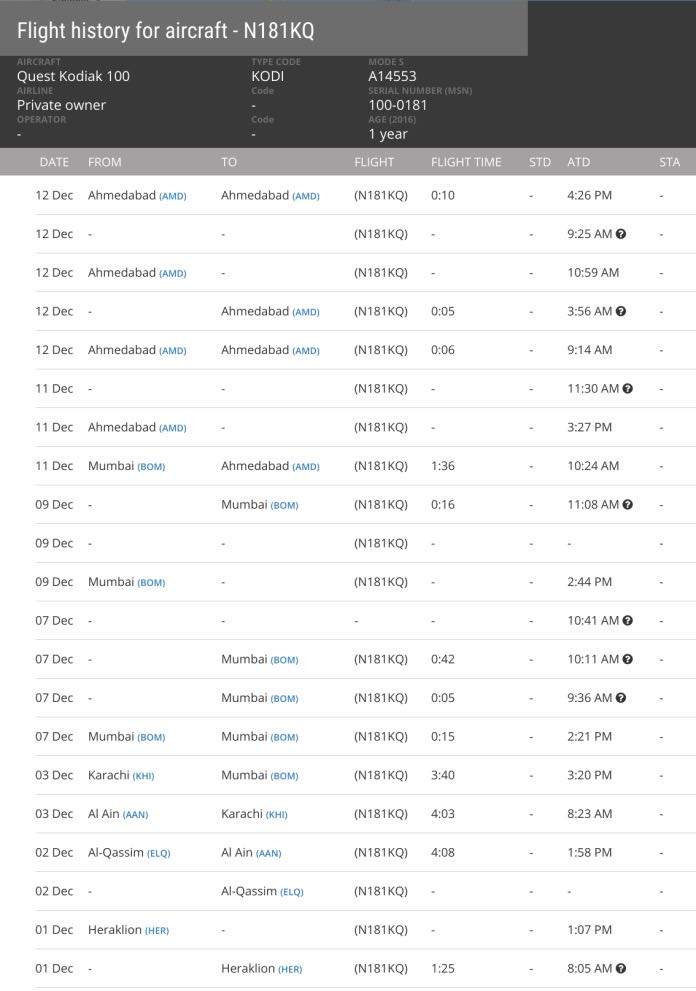 .@paper_li back online around 0900hrs EST today. It's a bit late for editorial work on yesterday's #AltGovDaily, #IndivisibleTimes or #WHPDaily so I'll go on to today's. The unedited versions are available in the archives venturebeat.com/2017/11/09/fra… #AltGov #Indivisible
Read 7 tweets

Kabir Taneja
@KabirTaneja
I don't study economics, but I do study terrorism, and 'demonetization will end terrorism finance' was one of the most ridiculous bogeys of the entire exercise. #DemonetisationAnniversary
The whole idea of fighting terror finance has been an abject failure in global discourse, not just in India's case. A shift to hawala movements have worked for global terror groups.
Terror finance moved away from intl financial systems long ago. Currency does not matter that much. Terror attacks are not 'expensive', not anymore anyway.
Read 9 tweets

Molly McKew
@MollyMcKew
Following trend that's been active in my Twitter feed -- Kremlin gray cardinal Surkov published essay today on "Crisis of Hypocrisy" /1
As always with Surkov, the language was agonizing. Moscow peeps called it "disappointing" -- but it shouldn't be dismissed /2
Some highlights:

"Distancing appears to be widespread in the Western political landscape. There is a growing distrust of everything mainstream... /3
Read 34 tweets

ProPublica
@ProPublica
1/ There are many conflict-of-interest stories in the Trump admin. But Commerce Secretary Wilbur Ross & his top aide stick out.👇
2/ Wendy Teramoto worked for several Ross-connected companies before taking a job as a “special government employee” for him this spring.
3/ Teramoto then was promoted to chief of staff on Aug. 1. We noted the connections:
propub.li/2zlmDso

Ilya Lozovsky
@ichbinilya
Hey look! Another round of #ParadisePapers stories from @OCCRP today. /1
We've got an ex-friend of ex-Ukrainian-President Yanukovych and his €13 million yacht. Comes with Insta photos! /2 occrp.org/en/paradisepap…
We've got a story about how wealthy Russians use the Isle of Man to avoid VAT payments on their private jets! /3 occrp.org/en/paradisepap…
Read 7 tweets

Peter Jukes
@peterjukes
16. Thanks to @Byline_Media @carolecadwalla and @J_amesp many more Russian links have recently been revealed. But what of the YBF?
17. The UKIP angle is coming under scrutiny. But here's Matthew Elliot of the (rival) Vote Leave campaign amp.theguardian.com/politics/2017/…

18. And then there is Matt Richardson, another alumni general secretary of UKIP, apparently also making a trip to Russia around 2012/13
Read 10 tweets

Part I - An investigation of offshore finances by The Indian Express

Ilya Lozovsky
@ichbinilya
#PanamaPapers was so 2016. @ICIJ, @OCCRP, @SZ, and so many other partners have got a new leak for you. Here are the #ParadisePapers. /1
In the 21st century, money crosses borders more easily, and with less oversight, than people. Read these stories to learn how this works. /2
The leak consists of millions of documents from two offshore law firms. /3
occrp.org/en/paradisepap…
Read 12 tweets