Discover and read the best of Twitter Threads about #UniteTheRight

Conspirador Norteño
@conspirator0
Yesterday (2018-10-02), four members of the white supremacist group known as the "Rise Above Movement" were arrested by the feds for their part in the violence at the #UniteTheRight rally in Charlottesville in August 2018. Let's take a look at related Twitter traffic.
(previous thread on the Twitter activity surrounding the #UniteTheRight hashtag leading up to and during the rally last year.)

We downloaded tweets containing "Charlottesville" and "arrests", resulting in 15082 tweets from 12331 accounts beginning with the first report of the arrests (from @HenryGraff).

❄️Not Michael Wilson
@DropMikeWilson
twitter.com/i/moments/9541…
In February 2017, the Charlottesville City Council voted to remove the statue of Robert E. Lee from a local park named for him & in June they voted to rename it “Emancipation Park.” nytimes.com/2017/08/13/us/…
On May 13, 2017, #WhiteSupremacist Richard Spencer led a rally to protest the removal of the statue. His protesters held torches near the statue (as seen in photo used later for August #UTR) nytimes.com/2017/08/13/us/…

Conspirador Norteño
@conspirator0
We started looking at the data set of tweets from banned Internet Research Agency accounts recently released by @FiveThirtyEight. This thread is intended as initial observations rather than exhaustive analysis.

In addition to a larger number of tweets (2973371 vs 203468), this dataset contains some information not in the set released by NBC - @FiveThirtyEight's team has classified them into several categories, and the follower counts at the time the tweets were captured is also present.
This chart shows the follower growth for several of the more prominent IRA troll accounts. Most were created (or at least started gaining followers) in late 2015 as the 2016 campaigns were getting underway - @JennAbrams was an outlier, having been active earlier.

It's Going Down
@IGD_News
The far-Right wants Joey Gibson of #PatriotPrayer to reforge a 'big-tent' fighting force to return their movement to where it was before #Charlottesville. There's only one problem - Gibson surrounds himself with groups that took part in #UniteTheRight. itsgoingdown.org/unite-the-righ…

After the death of Heather Heyer in Charlottesville, the far-Right was in a state of disarray. Predictably, many attempted to use conspiracy theories and fabricated lies to explain what had happened as a "setup" to "silence conservatives," or instead, as a "Soros" false-flag.

Leading the pack was Alex Jones + like with Sandy Hook claimed that Charlottesville was false flag. He stated: "I thought Trump’s response was great…we know that Soros has been planning this..and like trying to create provocative events...the whole thing looks staged to me…”

Richard 🦌 Spencer
@RichardBSpencer
We need to have a serious conversation about #AndrewDobson, the young man who committed suicide after being doxxed, harassed, and demeaned by the media and antifa.

In a symbolic sense, he was murdered by the nastiest—and most establishmentarian—parts of the Left.

The #AndrewDobson case reminds us what’s at stake. Everyone who participated in #UniteTheRight was risking his life for a cause. And not just in facing down antifa. The doxxing that occurred afterwards was an act of war. It wasn’t “journalism” in any serious sense of the word.
Serious journalists analyze events, society, and politics. At their best, they criticizes the rich and powerful. Doxxing journalists destroy the lives of people who resonate with the #AltRight. Drive them to suicide—why not!? And the victims are far from rich and powerful.
Read 6 tweets

Patrick
@TrickFreee
Chuck Johnson worked with Peter Thiel on the Gawker case and the Trump transition.
gawker.com/what-did-inter…
Chuck Johnson helped set up Weiner so the FBI could access his laptop and restart the Clinton email investigation. 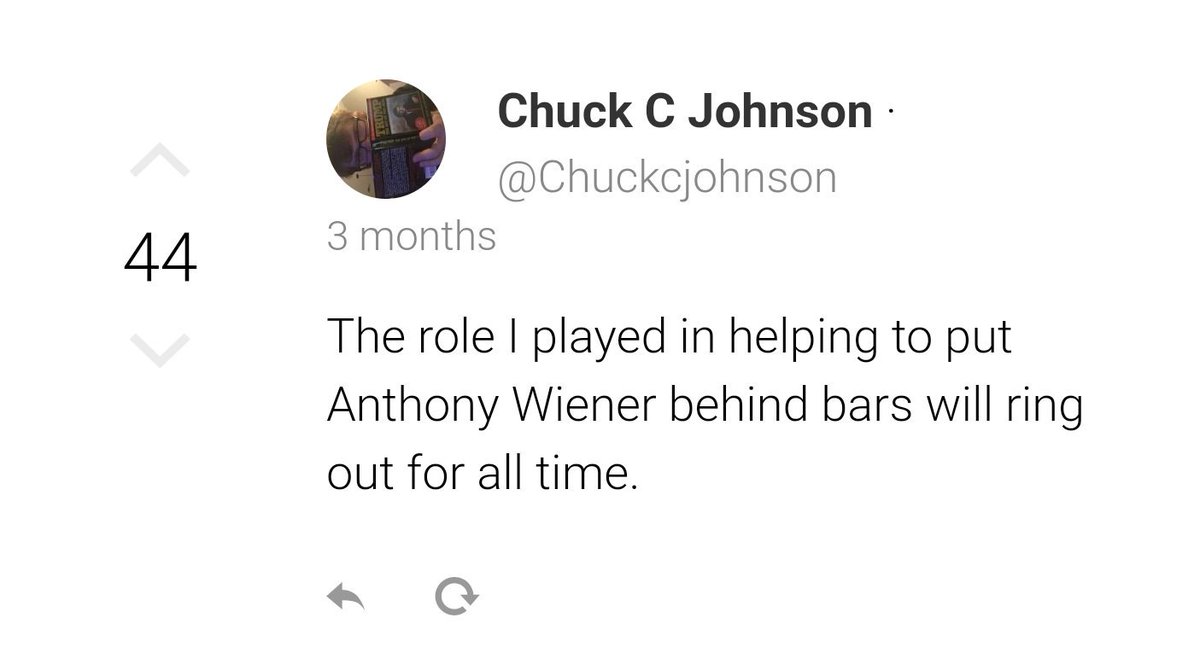 A pattern you may have noticed: many bot and troll accounts have usernames that end in 8 random digits.

I searched through two recent datasets (propagators of #FireMcMaster and #UniteTheRight hashtags) and found 824 such accounts.
Read 22 tweets