Discover and read the best of Twitter Threads about #notmypresident

Louise Mensch
@LouiseMensch
There are some folks on Twitter who are trying to restate this as “Russia had nothing to do with what happened IN Charlottesville”, only the aftermath.

That’s wrong. That’s not what @CNN is reporting - that Russian meddling contributed to the violence.

The Hill reminds us:

Ahead of it. Russia encouraged the violence that happened, as CNN correctly reports. thehill.com/homenews/house…
You need not only propaganda, you need proximity, for violence to occur. What @RepTomGarrett is reporting the FBI told lawmakers reminds of the Russian hashtag #NotMyPresident used, in the Mueller indictment, to schedule pro- and anti- Trump rallies in NYC on the *same day*.
Read 4 tweets

Louise Mensch
@LouiseMensch
I would ask that everybody take a moment to report @conspirator0 and @ZellaQuixote for targeted, anti Semitic harassment of me and of my family. These two men have imposed a Pepe over my face @TwitterSupport. My husband is Jewish, and 8chan attacked our family physically. THREAD

In 2016, a number of anti Trump journalists including me, the then editor of @HeatStreet, had our home addresses published on the altright website 8chan, home of Pepe the anti Semitic frog. Which @conspirator0 and @ZellaQuixote just imposed over my face. vocativ.com/368656/trump-s…
This followed @Wikileaks and @JulianAssange publishing my unredacted email and phone number. Our doorbell rung throughout the night waking my children, the youngest of whom was eight. NYPD put extra security on our street. Pepe fans pushed racist memes through door @conspirator0

Conspirador Norteño
@conspirator0
It's been asserted that the #Resistance and associated hashtags are a Kremlin social media operation. @ZellaQuixote and myself decided to try testing this statistically.

We performed a few statistical comparisons between the hashtags alleged to be Kremlin-related (#BlueWave2018, #FBR, #NotMyPresident, #Resist, #Resistance, #TheResistance) with the hashtags that were pushed by the Internet Research Agency per Mueller's February indictment.

First, are these hashtags being pushed by botnets? We tested for some traits associated with bots (24/7 operation, use of automation services, default profile pic). The hashtags from the indictment score higher across the board than the #Resistance ones.

Like father, like son. But #NotMyPresident
Americans idolize Mobsters & Crime bosses. Everyone knows who the Gambino Family is. How many people say The Godfather is their favorite movie?

Money, notoriety & infamous. Is that the draw to #Trump?

#MAGAts check your moral compass. These are NOT standards for a #POTUS

Fun Fact:
Frederick Trump, #DonaldTrump grandfather, came to the US as an accompanied alien minor.

Fun Fact: The Trump fortune was made thru prostitution and opium dens

The #BlueWave2018 will definitely grab his attention🌊

ProfB
@AntheaButler
So, I know lots of people are saying lots of things about the treason weasel president. I'm not surprised yesterday happened, but we aren't talking enough about how pathetic he looked trailing behind Putin yesterday.
I mean, Trump looked EMASCULATED. All of that bullying BS and bluster was gone, like his crusty ugly soul had been snatched out of him by Putin. Any Republican still braying about him as powerful is a fool.
I mean, we all knew he was unfit, but yesterday, he was a abject loser who could barely read the statement on the page. Sorry, but GRU has more than a pee tape on this man.
Read 4 tweets

DawsonSField
@DawsonSField
1. Ah, the Senate Intelligence Committee report on Obama's Intelligence Community Assessment. They excluded 14 IC agencies due to the sensitivity of the sources & methods. Like concealing the fact that Steele, through multiple channels was the only source. scribd.com/document/38314…

2. I'm quite certain they met Obama's tasking objectives! But the HPSCI already showed they did not follow analytical procedures. As they state, they took the agencies' word on that the intelligence was accurately portrayed in the ICA. We'll see!

3. You don't have to politically pressure people to reach a conclusion when they hand selected a team who would do so without pressure. Such as Peter Strzok who lead the FBI team. Especially if you also select what intelligence reporting you are going to consider & what to ignore

Louise Mensch
@LouiseMensch
This is absolutely true, although it could have been better phrased, as “Trump haters” leads the eye to think @marcorubio is talking about despising Trump. He isn’t - he’s talking about hate for the millions of Americans who voted for Trump or support him.

And he is correct.

I hope by now it’s reasonably plain that I detest @realDonaldTrump and hold him in contempt. The same isn’t true for Trump’s ordinary supporters. Those are my fellow Americans, whom I cherish. We are one people. If you despise 1/3 of all Americans, you’re only helping Putin.
Patriots, we live in too much of a bubble. Trolls target our fellow Americans, with fake news, fake friends. As we saw from Mueller’s indictment, RU sends actual humans here to infiltrate real groups. #NotMyPresident was a Russian op. Is it in your profile?
Read 7 tweets

❤️ POTUS 🌹🇺🇸
@silverbfly
1/ #MondayMotivaton #AmericaFirst #2020Vision #Midterms2018 #Election2020 #Trump2020
So... We’ve been thinking about this long and hard and really need some objective opinions. PLEASE Respond below, RT & encourage response.
2/ My fellow Americans who support a Liberated AMERICA run by The People, for The People & .@POTUS .@realDonaldTrump :

Why r we attacking each other & trying to break apart our highly successful Revolution when we’ve come this far?
3/ America comes before your twisted panty wads EVERY DAY 24/7 🛑 JUST STOP 🛑 #Prize2020

THAT IS NOT THE REAL PROBLEM!!!
There are many problems surrounding our #SHITHOLEPresident and his #SHITHOLE comments, but my issues are twofold, (ONE). the full contextual meaning of what he said, and

(TWO). the level of his ignorance and negative impact it is having on the global community.

1. When viewed in full context, the use of the word #SHITHOLE by our #SHITHOLEPresident is total undeniable #xenophobic. 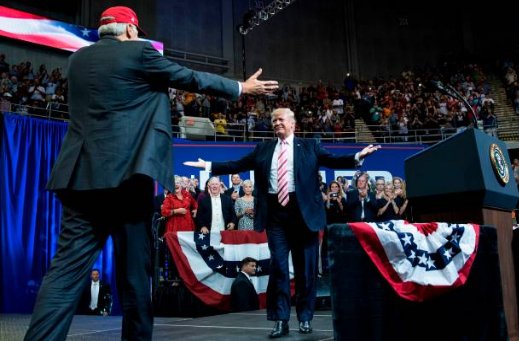 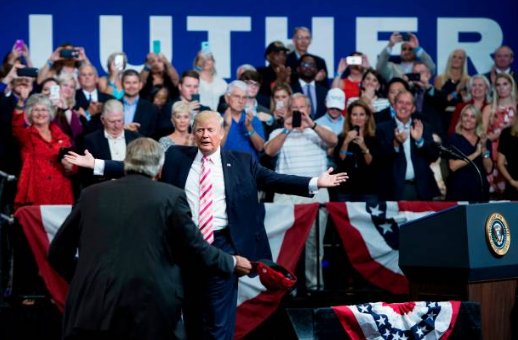 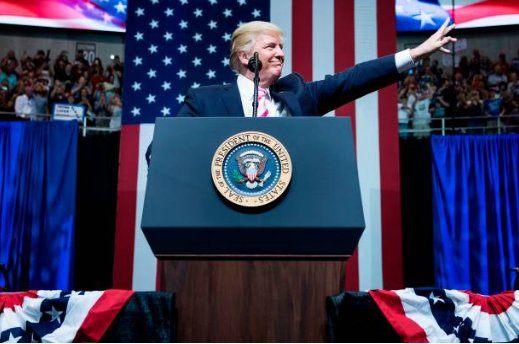 Hurricane Watcher
@GodlessNZ
(1) No surprise to me that President Trump is doing a great job in NYC at UN General Assembly week. With Latin American leaders here: 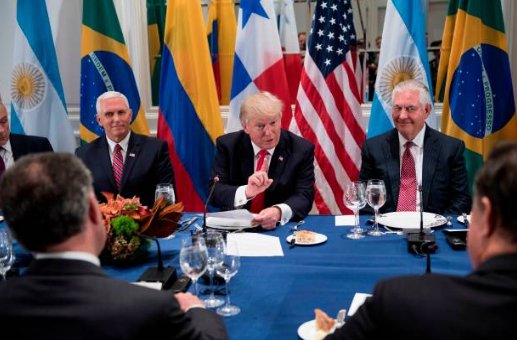 (2) Listening to Latin American leaders at a joint dinner during UNGA week in NYC. 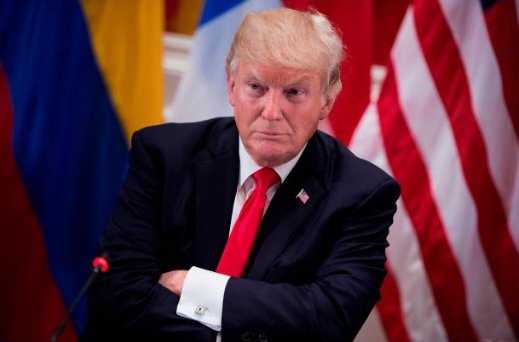 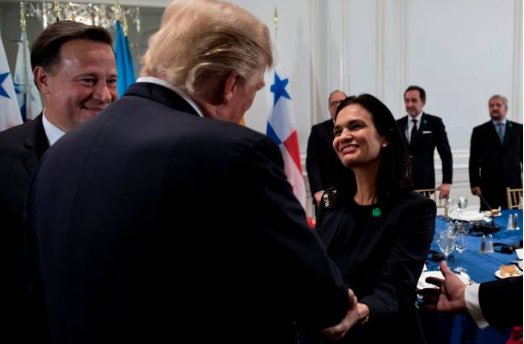