Discover and read the best of Twitter Threads about #OregonStandoff

Jeff Olson
@JeffOlsonSD
In San Diego there is a left-wing FBI informant named “Martha.” jacobinmag.com/2018/08/richar…
How do I know that Martha is an FBI informant?
During the aftermath of the armed insurrection at the Malheur National Wildlife Refuge it was revealed in court that the FBI was using paid informants to gather information about the militia men and RWNJs involved. #OregonStandoff
Read 7 tweets

JJ MacNab
@jjmacnab
Russia Propaganda on Twitter: I'm making my first quick pass at the 2,973,371 tweets from 2,848 handles verified by Twitter to have come from Russia's Internet Research Agency.
I'd like to thank Clemson University professors Darren Linvill @DarrenLinvill and Patrick Warren @plwarre for compiling the data, and @FiveThirtyEight for making it available to people like me. fivethirtyeight.com/features/why-w…
My first pass at the nearly 3 million tweets was to look for those that reference Cliven Bundy and his family by searching for "bundy." I weeded out Ted, Ryan, Al, and others with the same name.
Read 18 tweets

Leah Sottile
@Leah_Sottile
Rep. Walden made a plea to Pres. Trump on the floor of the House the other day to pardon Dwight and Steven Hammond, the ranchers whose arson conviction was at the center of the #oregonstandoff in 2016.

Why don't we review who Trump and Walden are making a plea for:
As early as November 1986, Dwight Hammond was writing letters to the Malheur National Wildlife Refuge staff and making threats toward them if he didn’t get unrestricted access to the refuge “he will ‘pack a shotgun in his saddle and no one will challenge me!’”
In 1987, Dwight Hammond, according to refuge manager reports, “told me I was an ignorant son-of-a-bitch and I did not understand what I was doing. … I should bring the sheriff so there would be a witness to watch him ‘tear your head off and shit down the hole.’”
Read 17 tweets

It's sad how many people think that Trump will read their tweets and respond with the answer to their prayers.

Doucette's "judge" ID. Note the small "u" in uNited. The theory is that the United States isn't a sovereign nation, it's just a collection of sovereign States who just happen to be united.

Maxine Bernstein
@maxoregonian
From Operation Mutual Defense board meetings in 2015: Gary Hunt described tiers of membership - Tier 1 are like 'generals who sit back in the safe zone and make the decisions.' ---whole idea of OMD came from the Bundy Ranch oregonlive.com/oregon-standof… #oregonstandoff 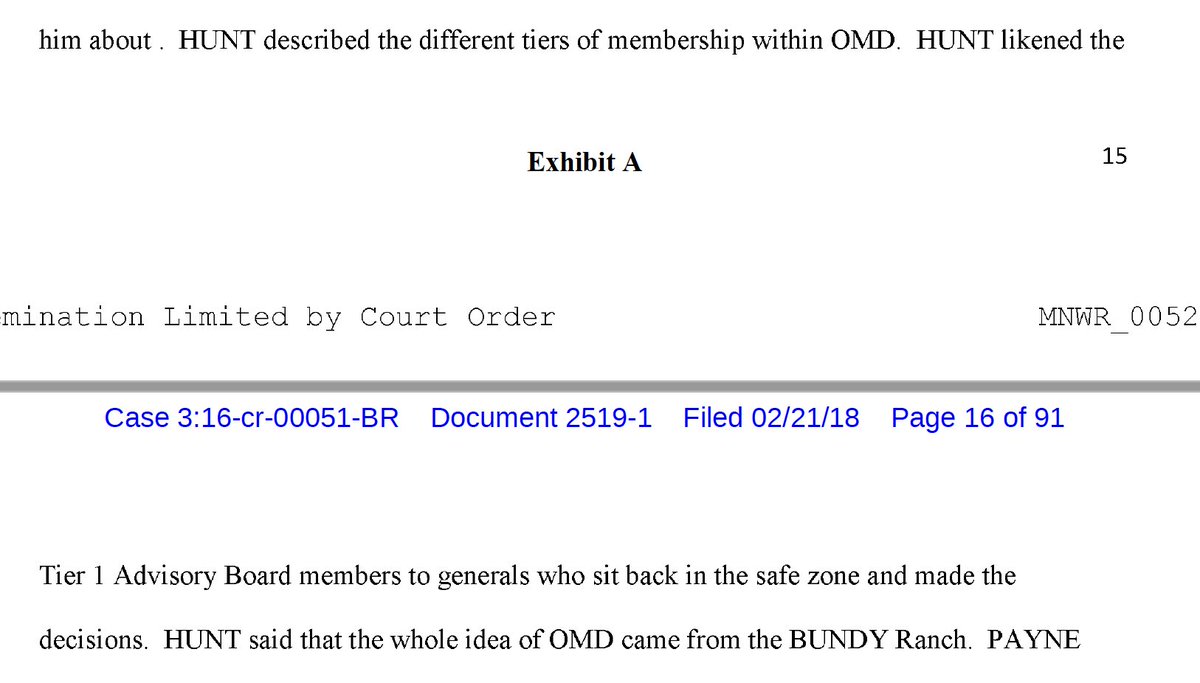 From 11/1/2015 Operation Mutual Defense board meeting , talking of using militia to intercept 'convoys of refugees' coming into Montana or other states, and interrogating the refugees...(Ryan Payne, Gary Hunt) 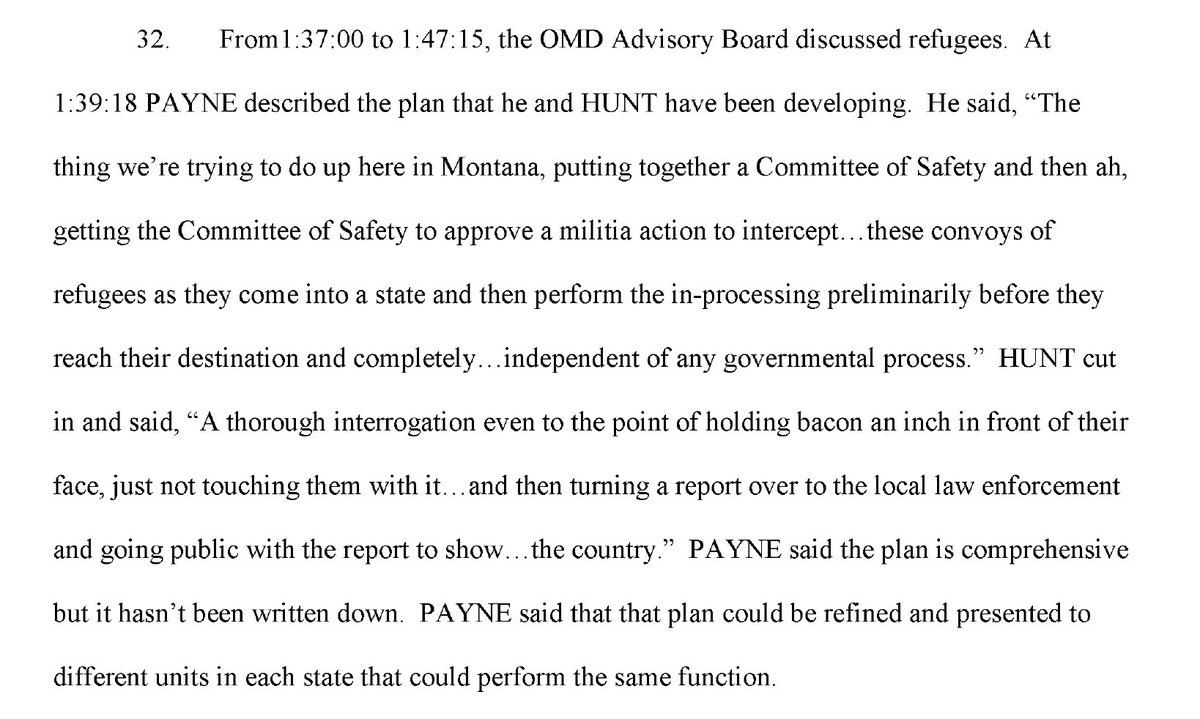 Here, Operation Mutual Defense board members Ryan Payne and Gary Hunt talk about 'degrees of involvement' with the highest , Level 5 , likely leading to a 'violent confrontation.' 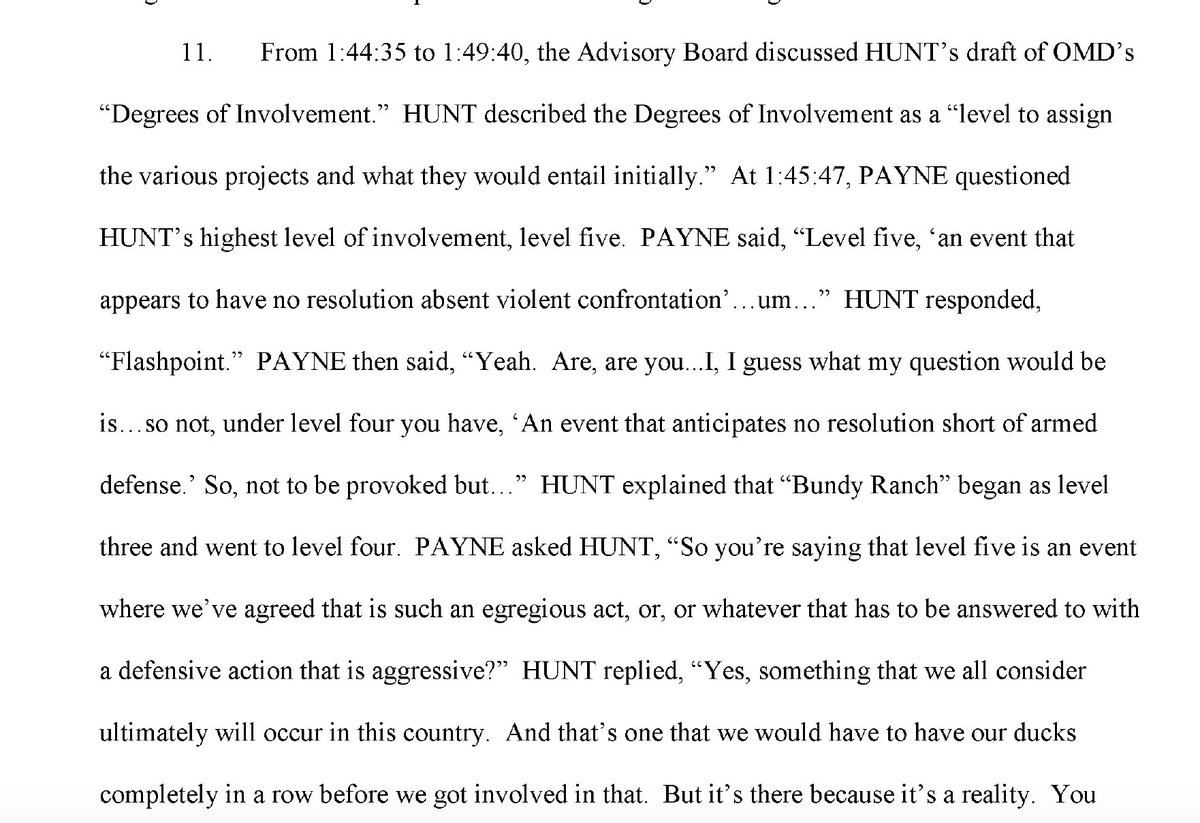 #OregonStandoff
#BundyRanch
In 1959 a federal employee prepared a brief summary of the Gold Butte allotment area. Four permittees were then using the area for grazing; none of them were Bundys, Leavitts, Jensens or anyone related to Bundy.
/1

The same employee completed this report in 1955 which shows five individuals utilizing a portion of the former Bunkerville allotment. One is David Bundy, Cliven’s father, and one is a Leavitt. The report does not include numbers of livestock or note water rights.

Leah Sottile
@Leah_Sottile
There was a ton of back/forth over Taylor Grazing Act and water rights between Whipple & Schiess, in front of the jury, over what's being litigated. Schiess asked to go outside presence of jury. Navarro:"we are not going to ask the jury to judge a civil case about water rights."
Rugwell kept looking toward Schiess when she was being asked water rights stuff she couldn't answer. Whipple: "you can look at me instead of Mr Schiess." #bundytrial
Whipple: do you have any proof that a cow has harmed a desert tortoise? Rugwell: says she heard people talking about cows eating DTs (at this point I wrote in my notes WTF is going on here, because it was confusing)
Read 40 tweets