Discover and read the best of Twitter Threads about #kilis

Syrian Rebellion Obs
@Syria_Rebel_Obs
#SRO| ANALYSIS - Now years ago, #SRO was the first to warn how #Turkey was creating a new "Northern #Cyprus" in N-#Syria. All facts now confirming it : many roads and buildings in #Bab pocket now linked to #Kilis province (1).
#SRO | ANALYSIS - The #Turkey army, under military diktat or under #AKP full powers, is applying exactly the same steps : "protecting" a population (turks in #Cyprus, reinstalling turkmensin N-#Syria) and installing military bases (2).
#SRO | ANALYSIS - Next step, as in #Cyprus in early 80', is now beginning in #Bab pocket : turning the area into a full protectorate, erasing former evidences of previous #state (#Syria in #Bab pocket, #Cyprus in N-#Cyprus) (3).
Read 4 tweets

Aylina Kılıç
@AylinaKilic
The #SDF had denied Turkish reports that the border town of #Reyhanlı was shelled by #YPG, stating two days ago: "We have nothing to do in shelling [of Reyhanlı] civilian settlements. We never target the territory outside of our borders."

This is Afrin on July 2017, the biggest pro-#SDF rally which was carried out against #Turkish assaults on the canton. Arab tribal leaders also joined. 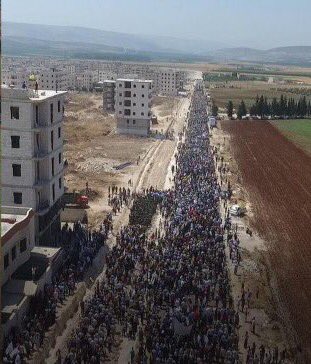 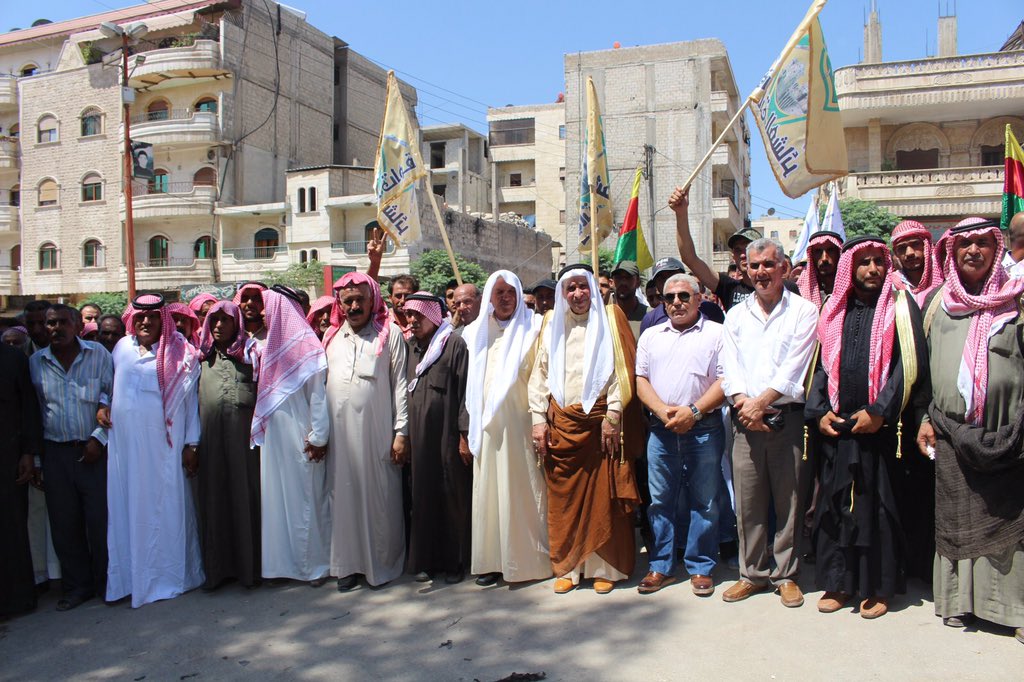 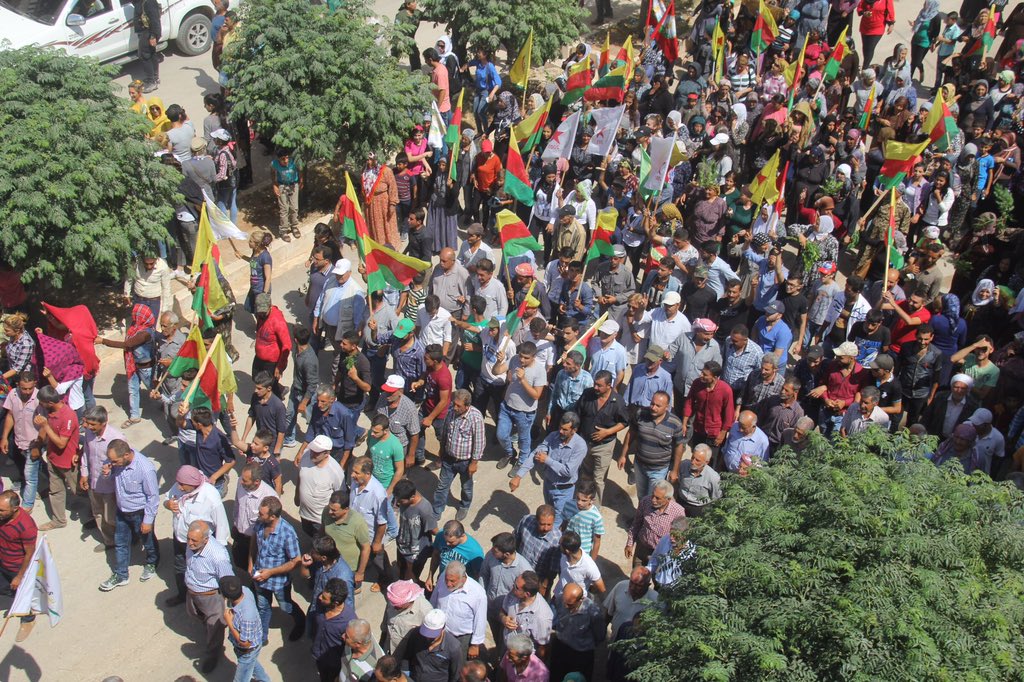 On the other hand, the Yazidi Union in the #Afrin Canton had declared their 'endless' support for the Northern Syria Federation Project. #Yazidis inhabit 21 villages in the area of Turkey's operation led with the FSA. @YazdaOrg raised risks of ethnic cleansing and persecution. 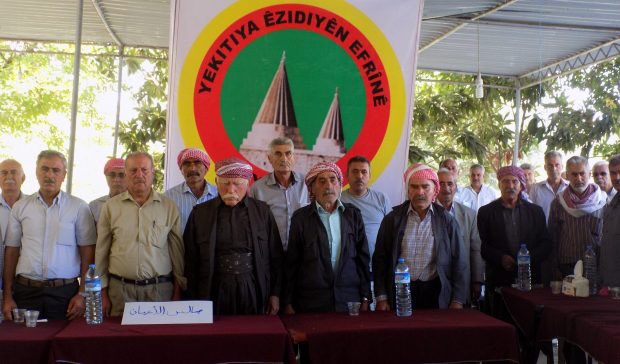