Discover and read the best of Twitter Threads about #Azaz

Syrian Rebellion Obs
@Syria_Rebel_Obs
#SRO - This a map, made with few time (as working on others rebellion groups studies) showing how the #FSA led by Liwa al-Tawhid made its push from #Azaz, #Mare and #Bab toward #Aleppo between July 21 and July 30 (1). 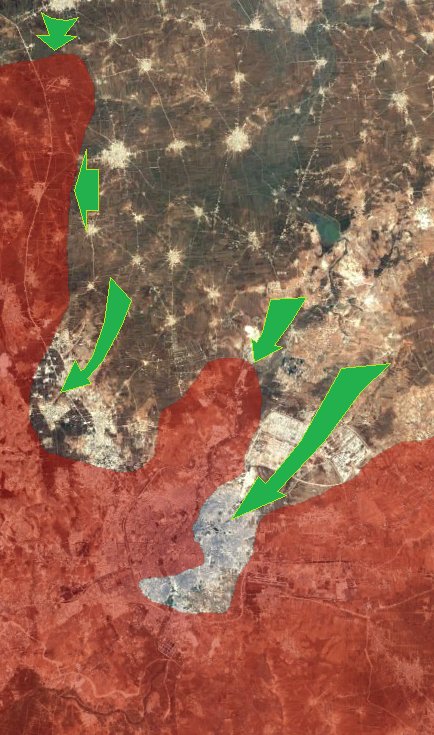 #SRO - As shown, #Assad regime lines were prepared to resist in strategic points : Nubl and Zahra, Menagh (that resisted), Aleppo prison and Taanah air defense battalion. But the main mistake was to lave Sheikh Najjar without any defenselines (2).
#SRO - The map is also showing how strong was #Assad regime outside #Aleppo in its southern, eastern and western countrysides. They fell under rebellion control only between September 2012 and July 2013. The first to fall was the east, second was south and lastwas south (END).
Read 7 tweets

Syrian Rebellion Obs
@Syria_Rebel_Obs
#SRO - It must be remembered how #Assad regime army was defeated so fast in few weeks. In July 10, 2012, Anadan was falling into Liwa Ahrar a-Shamal control. Liwa al-Tawhid was advancing to Bab. In July 23, most of E-#Aleppo city was under their control (1).
#SRO - SRO can document that #Assad regime, between July 8 and July 24, 2012, lost more than 23 tanks in #Aleppo countryside and city. The biggest losses at this period in a so fast rebellion offensive (2).
#SRO - The most important forces to be part of the Maarakat al-Furqan offensive that led to the fall of E-#Aleppo were Liwa al-Tawhid, Liwa Ahrar al-Shamal and Liwa al-Fateh. Both Liwa Ahrar al-Shamal and Liwa al-Fateh were part of #FSA (3).
Read 6 tweets